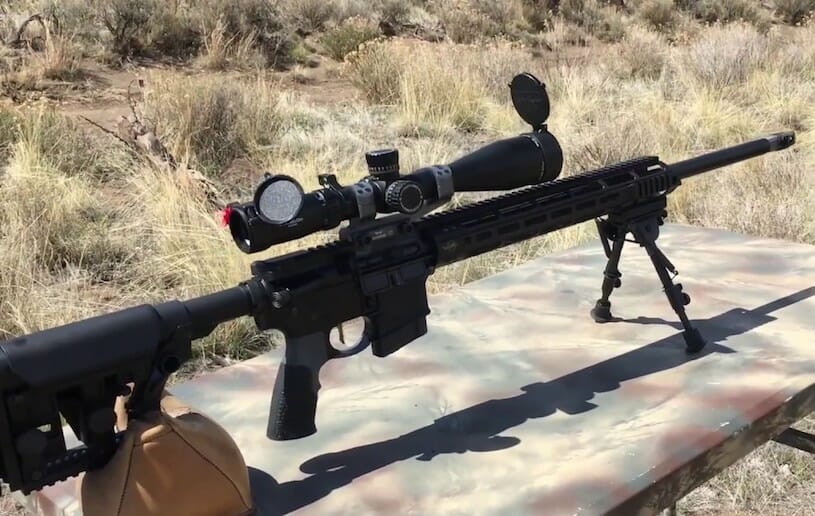 The massive and unrivaled popularity of the AR platform has resulted in it expanding to a number of different variants and models, one of which is the CMMG MkW-15 Anvil Rifle, chambered for the .458 SOCOM round.

The .458 SOCOM is not nearly as commonplace as the 5.56x45mm NATO and .308 Winchester rounds that most other ARs are chambered for, but it was designed with the U.S. military in mind to give them more power than either of those two calibers.

It was really only a matter of time before the .458 was brought over the civilian market, and the CMMG Anvil represents one of the more prominent AR rifles built for the cartridge.

In our review of this rifle, we will take a closer look at the .458 SOCOM round, and then dive into the various features of the CMMG Anvil in particular.

A Closer Look At The .458 SOCOM Round

The .458 SOCOM round was developed at the turn of the century out of a desire from U.S. special forces soldiers to have a round that could deliver more stopping power at close ranges than the 5.56x45mm NATO round, while also fitting into the magazines of existing standard AR magazines. 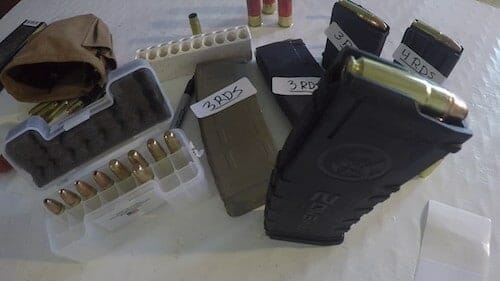 The first rifle chambered for the new .458 SOCOM round was released in early 2001. Even though the diameter of the .458 SOCOM is much larger than the .224 diameter of the 5.56x45mm NATO, the length of the cartridge remains the same.

Subsequently, the .458 SOCOM is able to fit into the AR magazines chambered for 5.56, which is certainly a major convenience since 5.56 magazines are incredibly cheap and commonplace.

With bullet weights ranging from one hundred and forty up to four hundred grains, the .458 SOCOM can reach a velocity of anywhere from sixteen hundred up to three thousand feet per second.

Not only is it a very effective cartridge for the battlefield, but it can also be used to bring down virtually any species of North American big game.

The Development of the CMMG Anvil

Initially, ARs chambered for the .458 SOCOM round were created by modifying existing AR-15s that were chambered for the 5.56, sort of like how the 1911 pistol can be re-chambered to fire calibers other than the traditional .45 ACP. 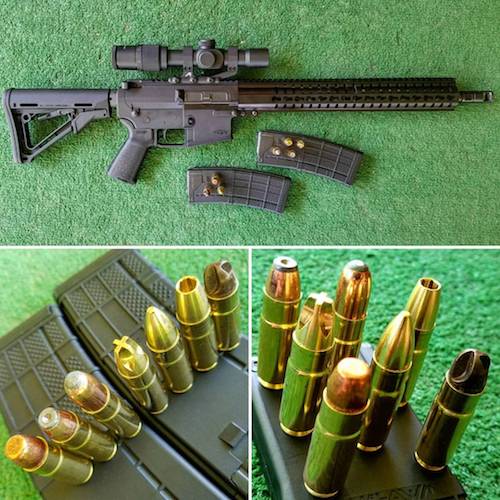 The problem here is that since the .458 SOCOM is a much heavier and hotter cartridge than the 5.56, the modified AR-15 rifles simply wore out much more quickly.

CMMG quickly identified this issue and sought to solve it by developing the Anvil from the .308 AR-10 instead of the AR-15. The AR-10 has a much stronger and more durable bolt carrier group than the lighter AR-15, making it a better choice for supporting the heavy .458 round.

The Anvil was then released by CMMG in three separate configurations:

Magazines For The Anvil

The Anvil ships with a Lancer L5-AWM polymer magazine that can hold ten rounds of .458 ammunition. It also has the same basic configuration as a standard AR-15 magazine chambered for 5.56. 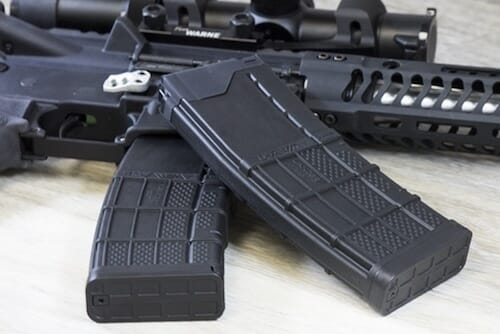 Something that you should take note of is that even though the .458 will function reliably in a standard AR 5.56 magazine, it will require a little bit of extra work on your part to get the individual rounds to fit in properly.

For example, it’s possible to push the highest round too far in to cause the rim to stick out past the feed lips rear by a few fractions of an inch, which can lead to feeding issues when you to fore the rifle. This is why you need to be careful about loading the rounds into the magazine.

Features of the CMMG Anvil

The CMMG Anvil .458 SOCOM comes installed with a milled billet 7075-T6 aluminum receiver, which is then coated in a hard anodized matte black finish.

The barrel is built out of 416 stainless steel, and also has a matte black finish just like the receiver.

The magazine well is also designed to accept normal 5.56 AR magazines, which will accommodate the number of .458 rounds as was stated above.

The controls of the Anvil are virtually identical to most other AR rifles, consisting of the charging handle, safety, bolt catch, and magazine release cover.

That being said, the Anvil lacks a dust cover as well as a forward assist, though you can modify the weapon to have those features installed if you so choose.

The versions of the Anvil that come installed with a mil-spec trigger will have a pull weight of nearly six pounds, which is pretty typical for an AR-10.

The total weight of the MkW Anvil clocks in at seven pounds and eight ounces. The rifle uses a direct gas impingement system with a gas block that comes installed with a metering screw that is adjustable. This means that you can tune the gas flow to match your preferred bullet weight for superior control over the range.

Of course, you’re probably wondering, how does the Anvil handle on the range?

Shooting the CMMG Anvil will be much like shooting any other AR-10 rifle, with the major exception being that you’re going to feel much more of a kick thanks to the heavier .458 SOCOM round. 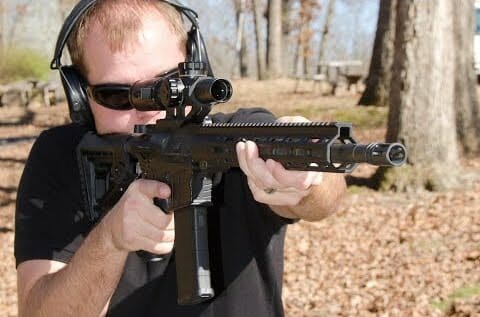 In terms of how much kick you’re going to feel, shooting the Anvil will be very comparable in terms of recoil to shooting a twelve gauge shotgun, assuming that you’re firing the heavier bullet loads. Otherwise, the kick will be a little bit less punishing, but it’s still going to be considerably more in comparison to an AR-10 chambered in .308 Winchester.

If there’s one thing to be said about CMMG, it’s that they know how to build a .458 SOCOM AR rifle.

They displayed that not only from the high quality materials that went into building the Anvil, but also when they chose to base the rifle off of the AR-10 rather than the AR-15.

The CMMG Anvil is an excellent rifle to use if you desire an AR rifle with more power than either a 5.56 or .308 version, and it will also be more than capable of dropping anything in North America as well (including bear, moose, and elk), but take note that the caliber will be most effective when within a certain range (the .458 SOCOM was never designed to be a truly long range round in contrast to, say, the .338 Lapua round).

As one final benefit, CMMG sells the Anvil (along with all of their other firearms). with a Lifetime Quality Guarantee.