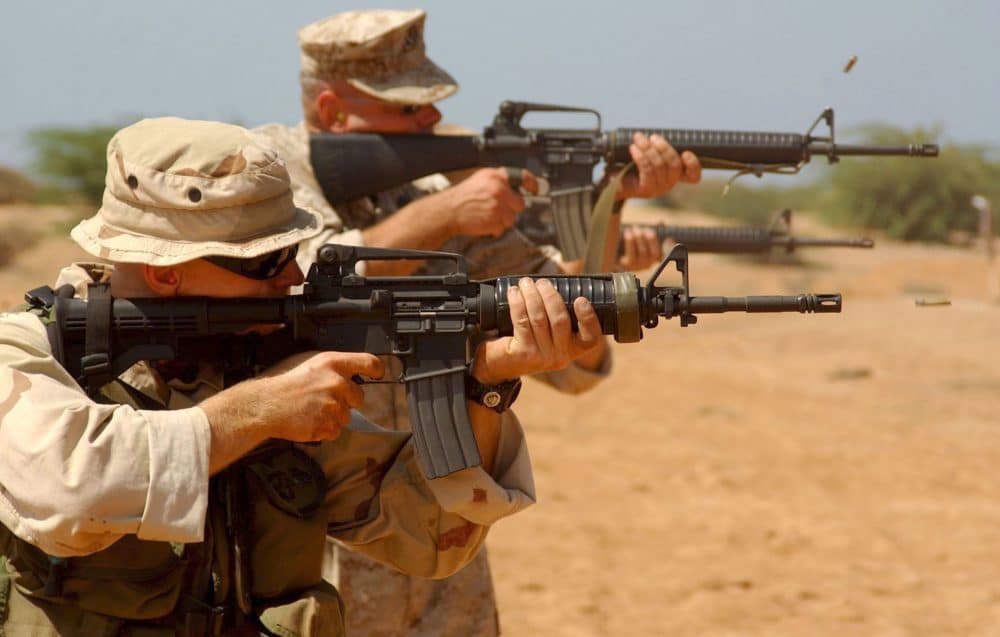 The Rich History Behind the Legendary AR-15 Rifle

There have been plenty of famous firearms throughout history, but few have had the lasting appeal of the AR-15.

It has been in service since the 60s and continues to see use to this day among military personnel, law enforcement and civilians. Depending on who is using it and the configuration, it may be called the AR-15, the M-16 or the M-4, but we’ll get to that later.

To get the full picture of the AR-15, you need to understand the rifles that came before it. It begins with the company behind the AR-15 as well as the rifle’s namesake, a manufacturer known as ArmaLite.

Before the AR-15: Origins of ArmaLite

The “AR” in AR-15 is short for “ArmaLite Rifle,” despite the misconception some have that it means “assault rifle.” Considering the origins of ArmaLite, you wouldn’t expect the company to design one of the best-selling firearms of all time.

George Sullivan, then the patent counsel for Lockheed Corporation (which is now known as Lockheed Martin), started ArmaLite in 1954. Its headquarters was a machine shop in Hollywood, California, and it’s more than a little ironic that the plans for the AR-15 came in a state that would later attempt to ban it and place all kinds of restrictions on it.

ArmaLite was a subdivision of Fairchild Engine and Airplane Corporation, which funded it. Since the company didn’t have much money and its shop space was limited, it was supposed to stick to creating weapon designs that it could sell to manufacturers.

Sullivan struck gold one day conducting tests of a rifle prototype at the shooting range. By chance, he ran into a man named Eugene Stoner, who designed firearms. Sullivan hired Stoner on the spot, and he quickly became ArmaLite’s chief design engineer.

Shortly after its incorporation, ArmaLite began creating rifles, and its early designs were unique in that they were intended to be broken down into pieces and put back together as necessary. Since the rifles separated this way, they were easy to store in aircrafts, cars and other vehicles, and then assembled when needed in emergencies. In a way, this foreshadowed the AR-15 and how simple it is to take apart and customize.

One reason ArmaLite started designing its firearms this way is because the U.S. Air Force wanted a rifle that it could store in the survival kits of its airplanes. ArmaLite answered the call with its AR-5, a bolt-action rifle that shot a .22 Hornet round. Another benefit was that the rifle floated, which was just what soldiers would need in the event of a water landing.

ArmaLite came out with its AR-5 design in 1954, and the Air Force decided to use it in 1956. Although ArmaLite planned to design civilian weapons, its military success with the AR-5 was huge for the company. This led to its next design, a .22 Long Rifle called the AR-7.

During this time, the U.S. military was transitioning away from its previous rifle of choice, the M1 Garand. Although the gun had been reliable and effective during World War II, its days were numbered. It was over 10.5 pounds and had just an eight-round capacity. That combination of a heavy weight and a low capacity made it a poor choice as warfare evolved. 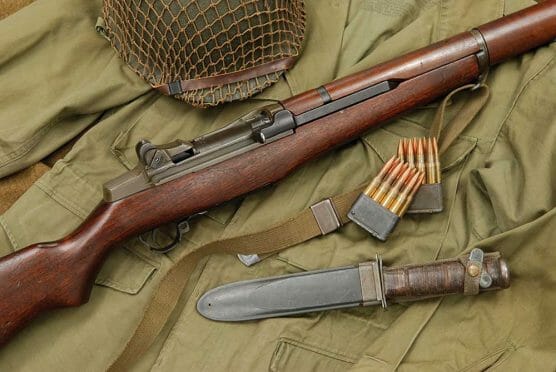 ArmaLite jumped into the competition to make the military’s next rifle with its Ar-10. Unfortunately, the company was late to the party, and this led to it rushing to hand build two AR-10 models based on the fourth prototype it had created. The AR-10 was going against two Springfield rifles, the T-44 and the T-48.

There was plenty to like about the AR-10, and its features included an aluminum flash suppressor, a gas system, a recoil compensator and a straight stock. The rifle was light, and those who shot it ended up loving it.

That was the good news. The bad news was that the barrel on the AR-10 didn’t hold up to the military’s rigorous testing, and it eventually burst from the pressure. ArmaLite was on it, swapping in a steel barrel that would hold up better, but it didn’t matter. The military selected the T-44 in 1957, which became known as the M-14.

Despite not getting that military contract in 1957, another door did open for ArmaLite that year. On the 4th of July, Artillerie Inrichtingen, a Dutch weapons manufacturer, purchased rights to manufacture the AR-10 over the next five years.

The AR-10 had its share of issues, though. Samuel Cummings, an international arms dealer, set up a contract with Nicaragua in 1957. General Anatasio Somoza was the nation’s chief military commander then, and he personally tested the AR-10. When a bolt lug broke while he was going through these tests, that weapons contract was no more.

Artillerie Inrichtingen found several other problems with the rifle, which hampered distribution. It ended up going primarily to Portugal and Sudan.

Two years later in 1959, ArmaLite was in a tough spot. It had its revised AR-10 design, along with a new design for its AR-15. But it didn’t have the capability to produce large volumes of either rifle. That led to a deal with Colt for both of those designs. To ensure that production went smoothly, one of the designers of both rifles, Robert Fremont, went to Colt at the same time.

The Early Success of the AR-15

ArmaLite updated its AR-10 design when it created the AR-15. One of the most significant changes was the caliber, as the new rifle design could accommodate .223 Remington and 5.56 NATO ammunition.

Colt began selling the AR-15 in 1959, but it wasn’t to American citizens or military personnel. The very first AR-15s actually went to Malaysia, which was known as Malaya at the time.

In 1960, there was a demonstration of the AR-15 seen by General Curtis LeMay. He thought very highly of the rifle, and he remembered its effectiveness the next year, when he received a promotion to Chief of Staff for the U.S. Air Force. He put in a request for 80,000 AR-15s.

Also in 1961, Eugene Stoner went from ArmaLite to Colt. Even though ArmaLite stayed in business after that, selling its two best designs in the AR-10 and AR-15 was a major blow for the company. Fairchild decided to dissolve all association with ArmaLite in 1962, and in the 70s, ArmaLite ceased operations. The brand itself would end up going through multiple owners and revivals.

The Air Force ended up calling the AR-15 the M-16. Despite General LeMay’s enthusiasm over the firearm, there was resistance to adopting it. Chairman of the Joint Chiefs of Staff and General Maxwell D. Taylor felt it was unwise to have rifles of two calibers in use.

Soldiers thought very highly of the AR-15, and it seemed to be the best choice for the rifle of the U.S. military. It took time, though, because many in the military were set in their ways and didn’t want to see the AR-15 replace the M-14, leading to biased testers performing comparisons of the rifles.

Circumstances would eventually force the military’s hand. The M-14 was leaving troops outgunned by opposing forces wielding AK-47s, and at the beginning of 1963, it was determined that M-14 production couldn’t meet what the military would need going forward. M-14 production was halted, and the M-16 became the universal infantry weapon across all branches of the U.S. military. Rifles in the M-16 configuration were first used in 1965.

Unfortunately, there were issues with the M-16 which cost the lives of many of our troops in Vietnam. Among such issues are failure to extract spent cartridge cases, light primer strikes, excessive wear, and parts breakage.

But the topic of the M-16’s malfunctions is too broad to cover that to do it justice, we’ll write a separate article on it. For now, if you’d like to learn more, you can reference this blog post from our source. Suffice it to say that not enough testing was done before the first M-16 rifles were approved for use in Vietnam.

Continued Military Use: From the M-16 to the M-4

At this point, it’s important to clarify what the difference is between the AR-15, the M-16 and the M-4.

The AR-15 is the civilian version of the rifle. Colt owns the trademarks to the term AR-15, but its patents on the weapon’s design expired in 1977, which means the same type of rifle is made by many manufacturers.

Why was there no M-16A3? The most likely reason is that between the A2 and the A4, the military was looking for a lightweight carbine with a shorter barrel that would be more effective in tight spaces and for close-quarters use.

That led to the creation of the M-4. The M-4 has been steadily replacing the M-16, and most of the U.S. military now uses it. Although the shorter barrel can limit long-range accuracy, with the right scope and rifle configuration, M-4s and AR-15s with carbine-length barrels can hit targets at 500 yards or more. 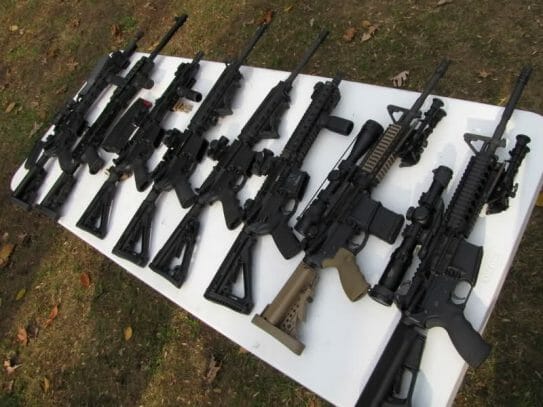 Colt sold the AR-15 to civilians since the 60s, but the rifle became far more widespread once the company’s patents expired and other manufacturers could get in on the action. The rifle was especially popular from 1989 to 1994, but 1994 saw the passing of the Federal Assault Weapons Ban.

The ban was an attempt by the government to prevent mass shootings. It made it illegal for civilians to purchase firearms classified as assault weapons, including the AR-15 and the AK-47, although assault weapons that people already owned were grandfathered in and considered legal.

Prices for pre-ban AR-15s skyrocketed, and manufacturers had to start making AR-15 variants without the key features that made the government consider the AR-15 an assault weapon. The government didn’t renew the ban when it expired in 2004, and the ban itself didn’t have a significant effect on gun violence statistics.

Since the ban expired, there have been attempts to ban the AR-15 and similar weapons again, especially after shootings occur. However, none have been successful, and the AR-15 remains the rifle of choice for many Americans.

There are quite a few reasons for why the AR-15 is so popular, chief among them its versatility and performance. It can deliver a high rate of fire while remaining accurate at short, medium and even long ranges.

Depending on your AR’s setup and your choice of ammunition, it can work well for shooting competitions, home defense, hunting or simply enjoying yourself at the range. It’s easy to field strip and swap out parts, making AR-15 customization and building both very popular.

The AR-15 and its variants have a rich history in both the military and civilian markets. The fact that it has been around for over 50 years and it’s still the military’s rifle of choice is a testament to the quality of its design. 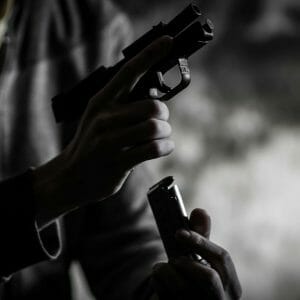 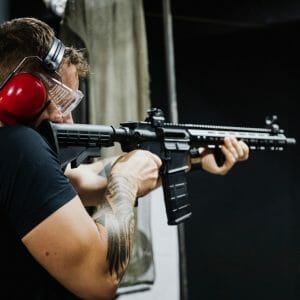 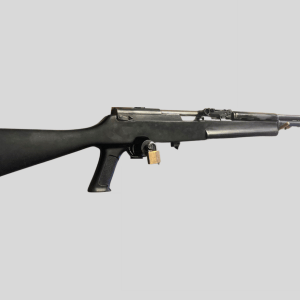 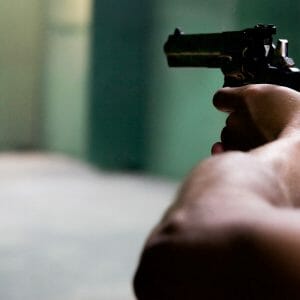 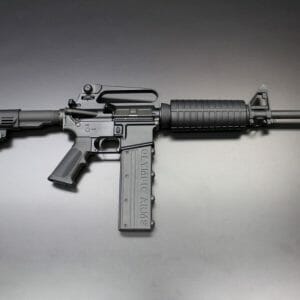 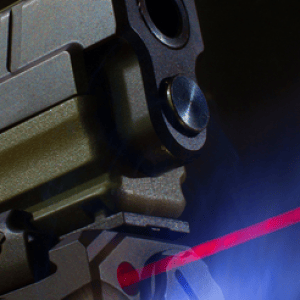 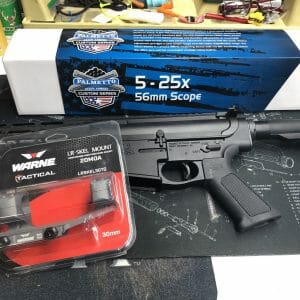 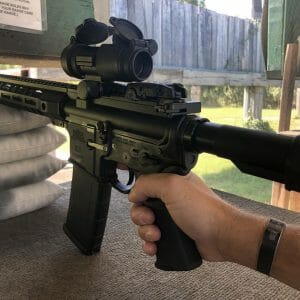