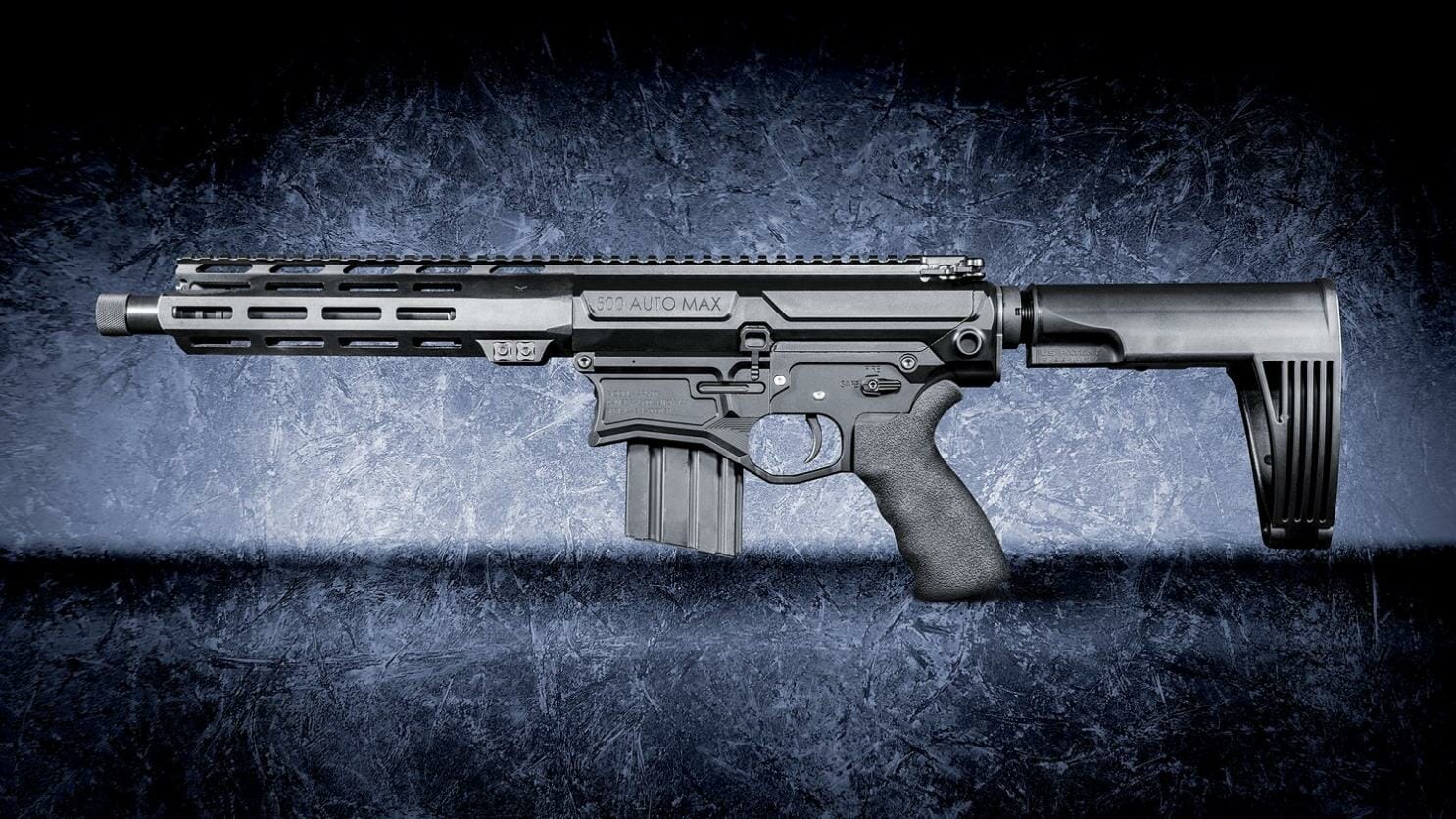 Used by SWAT and other tactical teams to stop vehicles, the AR-500 would likely only fire a handful of shots for a narrow purpose. Given that the rifle already weighs ten pounds and five rounds of .500 S&W can weigh up to half a pound, ammunition weight becomes an issue.

The endless adaptive nature of the AR-15 rifle platform has made it one of the most modifiable weapons in history. From buttstocks to barrels, the rifle can be customized in a variety of ways to improve power, functionality and appearance.

One major innovation in the field of power is the AR-500. The AR-500 fires a modified .500 Smith & Wesson bullet, the .500 Auto Max, resulting in a rifle that manufacturer Big Horn Armory claims can down “any dangerous game animal on Earth” and disable “any vehicle.” The result is a weapon that appeals to big game hunters and tactical teams alike.

The original AR-15 platform rifle fires the 5.56-millimeter round. Weighing between fifty-five and seventy-seven grains (.6 ounces), the 5.56 round is suitable for incapacitating man-sized targets. The 5.56-millimeter round is banned by many states however for hunting purposes, as it lacks the power to quickly take down deer-sized game. The 5.56 round is also ineffective at penetrating steel engine blocks, the quickest way to stop a moving vehicle.

The AR-500 uses a rimless version of the Smith & Wesson .500 caliber pistol bullet, .500 Auto Max. This allows the bullet to feed from an AR-15-platform rifle. The rounds are thicker yet shorter than 5.56 bullets, resulting in a shorter magazine. The AR-500 uses a partially blocked magazine well with a straight five round magazine.

Five rounds in an AR-500 magazine may not compare favorably with the 30 rounds of an AR-15 magazine, at least initially, but it’s worth remembering the two weapons are for entirely different purposes. While the AR-15 is meant to engage one or more human targets at ranges of up to 200 or more meters, the AR-500 is meant to bring down game animals one at a time—and many states have strict limits on the number of rounds a hunting rifle can hold. Used by SWAT and other tactical teams to stop vehicles, the AR-500 would likely only fire a handful of shots for a narrow purpose. Given that the rifle already weighs ten pounds and five rounds of .500 S&W can weigh up to half a pound, ammunition weight becomes an issue.

The AR-500 is identical functionally to other AR rifles, and an AR-15 user would have no problems quickly transitioning to the larger, heavier rifle. The rifle has a full-length Picatinny rail for attaching optics, lights, or laser accessories, six position adjustable buttstock, and a heavier recoil spring and buffer. The manual safety is ambidextrous and extended for easier reach. The barrel is threaded and fitted with a flash suppressor, although a muzzle brake or even suppressor could be installed to help tame recoil.

The AR-500 rifle isn’t for everyone. Unlike the ubiquitous AR-15, recoil, weight and cost per round will limit the weapon’s popularity. That having been said, there are situations where 3,122 foot pounds of force, precisely applied, can make a world of difference in bringing down a large game animal or stopping a runaway car at checkpoint.

The article source: All of the Reasons Why the AR-500 Is One Monster of a Rifle