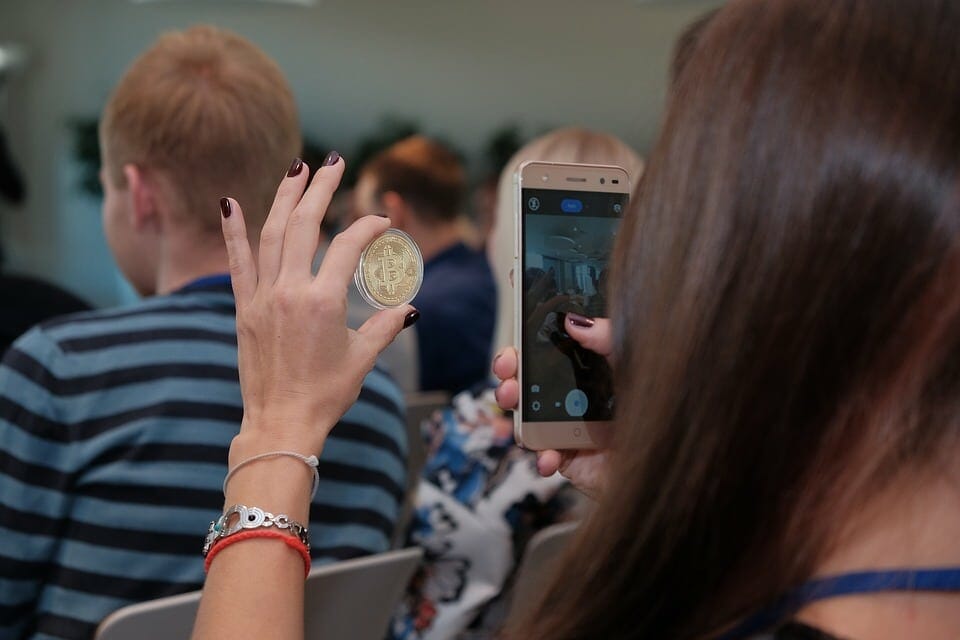 One of the most powerful tools available to governments – be they democratic or totalitarian – is their control over currency. Today, access to the economic system is regulated by a huge number of intermediaries, all of whom have an interest in keeping the its workings opaque. A lack of economic freedom entails a lack of political freedom, as everyone from Milton Friedman to Kanye West has noted.

One of the most promising recent developments in democracy has been decentralization. Since the internet took off in the 1990s, the mainstream media has rapidly lost ground to the opinions of individuals. Today, a tweet has more power than a New York Times op-ed, shifting power away from an entrenched establishment and toward the people.

Blockchain technology promises a similar revolution in access to currency. By decentralizing the creation and control of finance, it has the power to democratically empower individuals in both the West and in developing countries.

According to blockchain expert Derin Cag, the fact that blockchain systems are transparent, inherently trustworthy, and require no paid intermediaries means they have the potential to liberate mankind from elitist, and anti-democratic, forms of governance. Blockchain is a world without middlemen and, therefore, a world without entrenched power.

How Not To Do It: China

To see this, just take a look at a country that has both the desire and means to limit democracy: China. Faced with an explosion of blockchain activity in recent years, the Chinese government has recently banned the creation and selling of digital currencies to finance start-up projects. The government claims, of course, that this is a temporary ban, and that cryptocurrency research will still be conducted.

However, leaked documents suggest that this ban is just the beginning of a process to eventually ban the use of blockchain in the country. As Ars Technica argues, it is clear what happened: the Chinese government, scared of losing its centralized power over currency, reacted in the way totalitarian states tend to in such situations — by criminalizing individuals.

This process is visible far beyond the boundaries of blockchain: it seems that the Chinese government is scared of the power of the internet more generally. The “Golden Shield” project, also known as the “Great Firewall of China”, has long blocked access to foreign websites in the country, including most social media sites.

Designed to limit the opportunities for Chinese citizens to build protest communities online, this huge project works in a similar way to the criminalization of blockchain: it allows the government to maintain control over the media, which was traditionally a tool of totalitarian regimes until the dawn of the internet.

This is seen most prominently in their criminalization of VPN software, which would otherwise allow internet users to maintain their anonymity, and their sponsorship of “home-grown” (for which read “government controlled”) analogues to Facebook, Twitter, and YouTube.

What is most shocking in this whole affair, however, is the way in which the US media supported the ban of blockchain in China. CNBC likes it, Fortune think it’s a great idea, and even Fred Wilson, normally bullish on cryptocurrencies, was supportive, saying that the Chinese were just playing for time to come up with regulations.

Call me cynical, but I’m skeptical about this explanation. I think, rather, that the US government has realized that blockchain is also a threat to their own power, and will seek a similar ban in the coming years.

How It Should Work: Nigeria

In countries with a less reactionary and oppressive central administration, blockchain is showing its potential to liberate citizens. Economist Hernanda de Soto has commented that in order to economically empower the citizens of developing nations, two things are required: bank accounts, and audit trails.

Blockchain provides both of these. The World Bank estimates that there are 2.5 billion people who do not have a bank account because they can’t afford one. In addition, the fact that blockchain transactions are automatically and permanently recorded means that auditing them is easy, which is extremely useful in developing nations.

As Ryan Singer, CEO of Blockchain Health Company, told Voice of America: “for the first time ever, you have records on the internet that are more audible than paper. And that’s crucial.”

In Nigeria, blockchain has been very successful in this regard. Peter Nichol, CIO Healthcare Business and Technology Executive, has noted that the remittance platform Oradian means that “over 300,000 people already can transfer money,” and that 90 percent of them are projected to be women.

Nigeria is hardly an example of good governance, but with respect to blockchain, the government is taking a pragmatic approach that has allowed the potential of the technology to be realized. Though the Central Bank of Nigeria (CNB) issued a notice in January 2017 banning banks from holding cryptocurrency, they quickly backtracked. A report in The Guardian recently revealed that the CNB is now actively assigning resources to study cryptocurrency.

The reason for this is clear enough, but it is startling to hear a Central Bank admit it – the CNB said that they simply “cannot stop the tide of waves generated by the blockchain technology.”

What Is To Be Done?

It seems that the governments of both China and Nigeria realized the same thing: that blockchain technology has the potential to radically decentralize power over currency. That, as Primavera de Filippi told CryptoCoins News, “Blockchain makes it possible to change the model of top-down hierarchical organizations with a system of distributed, bottom-up cooperation.

This shift could change the way wealth is distributed in the first place, enabling people to cooperate toward the creation of a common good, while ensuring that everyone will be duly compensated for their efforts and contributions”.

For the state, this represents a huge threat to its power, and this is clearly why China is trying to ban blockchain. Nigeria, however, seems to have realized that the technology also the power to liberate individuals, and therefore to boost the economy.

It remains to be seen how the US government will react. Though the US government signaled its openness to cryptocurrency this year, don’t expect that to last: ultimately, the government will only allow blockchain to exist if it can be placed under the same level of control as the rest of the economy. In a sign of things to come, the Securities and Exchange Commission issued a warning in July that they are about to toughen up their stance.

The approach to cryptocurrencies in the US follows a familiar pattern. The long-standing adherence to ideas of “freedom and liberty” prevents the Federal government from overtly stating its opposition to technologies that challenge its power, lest it be accused of infringing individual rights.

Instead, lawmakers tend to empower obscure agencies to pass incrementally tighter restrictions on technologies that threaten to de-centralize power. This is seen in everything from the FBI trying to stop Apple from encrypting iPhones to the way in which Colleges have been able to overturn federal rulings on campus carry.

The government will seek to control the next great decentralization, will be defeated by technology, and then will claim the credit for the revitalization of democracy that it brings. Handling blockchain correctly, if you are a government, therefore means doing precisely one thing: nothing. Let the people liberate themselves.

One thought on “The Blockchain Revolution: De-Centralizing Democracy”