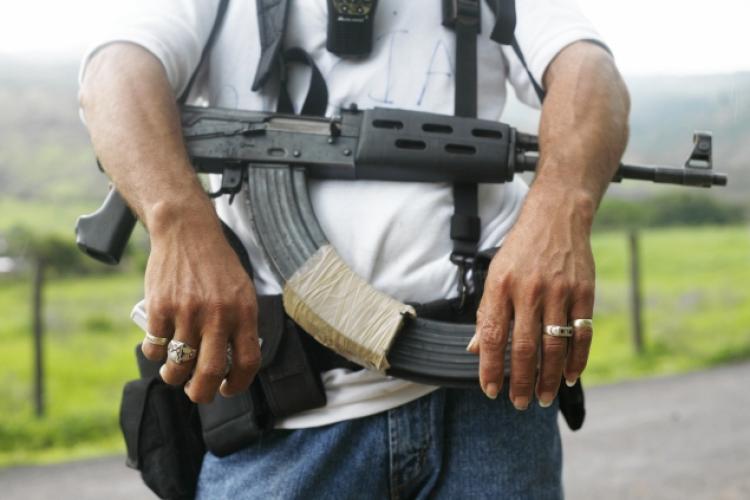 Let’s set things straight right up front. Yes, some guns are being smuggled into Mexico from the U.S. Most are handguns. But, handguns are being illegally trafficked from state to state and from the U.S. to Canada. It should come as no surprise that guns are smuggled into Mexico. But, the problem being portrayed by the U.S. media and our government is not as it seems. You see, Mexico doesn’t allow ownership of most firearms, so ordinary Mexican people seeking self-protection will find a way to get them into Mexico. As for the drug cartels operating in the border towns along the U.S., they have other sources for their weapons and have become the prime supplier within Mexico.

I worked in Mexico in a border town for about five years. It was far enough from San Diego County in the Sonora Desert of Mexico that commuting several hundred miles daily was impossible. So, for a few years I lived in the city and commuted home periodically on some weekends. As crime grew out of control, I eventually moved into a place on the U.S. side and commuted daily in and out of Mexico for my own safety.

I stayed in Mexico for a Mexican holiday my first year. I don’t recall the holiday. Normally, I would leave Mexico for a holiday, but it was in the middle of the week and one day was not long enough to come home. All I know is that on that particular Mexican holiday, Mexicans love to fire guns into the air. That evening as I sat on the balcony of my hotel, the gun fire that erupted in celebration was quite unbelievable. It was so intense I backed off the balcony and watched the festivities from a couple three feet in the room. We’re talking war-like firing of weapons, it was that intense.

As I listened that night to the gun fire, I was somewhat shocked at the amount of fully automatic gun fire. It wasn’t sporadic. It was continuous throughout the city. For a country that bans guns I thought, how in the world did they get their hands on all these full-auto weapons? Clearly what sounded like M16 fire was prolific along with 7.62 x 39 AK autos with a smattering of smaller caliber full-autos, most likely 9mm. Gun fire can be heard in most American cities on New Years, but I’ve never heard full-auto weapons being fired, at least not in the San Diego area.

The next day I went into work and sat down with a trusted senior Mexican manager. I looked at him and said, “I thought guns were illegal in Mexico.” He chuckled and said, “So you stayed in town last night?” As the conversation progressed, it became clear that guns are as common in Mexico as tamales at Christmas. Everyone he knows, including himself, own at least one gun. And, it matters not whether it’s a semi-auto or fully automatic, they’re all illegal, so why stop with semi-autos? Though clearly illegal in the states in most instances, a lot of Mexicans have more firepower in terms of military weapons than we can only dream of owning here.

As time went on, parties in the city at middle class Mexican homes become a way of life. Most Mexican managers in the plant knew I was a gun wonk. As it turns out, they couldn’t wait to invite me over to their place on a Friday night to show me their collection. Semi-autos, some very high-end Sigs and other European handguns were not uncommon along with piles of old revolvers. I thought I had seen everything in the states, but in Mexico it’s not uncommon for people to own full-auto military rifles. Everything from an M16, UZI machine pistols and the most popular, select-fire AK47 military rifles. These are not the so-called “assault weapons” you can buy at the local gun shop in the U.S., but full select-fire military-issue rifles. Now, I know you want to know and are dying to ask; Did I see any U.S. military-issue weapons stolen from the U.S. military? Not a single one was marked with U.S. military markings. Everything was marked with additional foreign markings on the receiver, including M16 rifles, or they had nothing at all. I saw firearms manufactured in Europe, China, Russia and South America along with U.S. manufactured weapons. I saw rifles that looked familiar with no place of manufacture, no serial number or manufacturer’s logo. The information was not removed, it was never there to begin with. I can only assume they came from illegal arms manufacturers in India or Pakistan that produce copies of weapons. It was obvious that none of these firearms came from a U.S. gun shop in Tucson or San Diego. You couldn’t buy them from a gun shop in the states if you tried.

It seems Mexicans have a rich heritage of firearms ownership prior to the ban in 1968. Despite the laws against owning them, they ignore it. Most Mexicans will say they need it for personal protection of themselves and their family. The other reason is they don’t trust the government or local law enforcement. If they have to use it in their home for self-defense, whether they end up in jail is all dependent on how much money they can come up with, or who they know in the government. It also depends on who they shoot. But, given the alternative with high crime rates, most middle class Mexicans willingly and without reservations take the risk. Despite being able to own .22 caliber pistols or rifles, Mexican law requires them to be stored at an approved firing range. Where’s the firing range I asked many times? No one knew of one. Where’s the gun stores in town to buy legal guns? Gun stores? No one ever recalled seeing one anywhere in Mexico, let alone their city. I’m sure somewhere, maybe in Mexico City you might be able to buy a gun, but not in this city of almost 1.5 million residents. And the gun traffickers know it.

Where do ordinary Mexicans get their weapons? Most buy them from a ‘friend’ or a friend of a friend or cousin or uncle. Where the friend gets them is not talked about. But, it seems that drug cartels in Mexico are heavily involved in gun trafficking of military weapons and related hardware. And, who are these ordinary Mexicans? They range from people who work in factories as managers and senior managers, government workers, doctors, dentists and anyone with the financial means to buy a firearm. I even ran into a couple of government bureaucrats, one a lawyer for the federal government who owns firearms. He confirmed that people he knew in the government, some very highly ranked bureaucrats and politicians all own illegal firearms. The other works for the Mexican equivalent of the IRS. It’s a way of life in Mexico. It seemed to me that you aren’t in the ‘in-crowd’ in Mexico unless you own at least one firearm. I was amazed at the whole thing after believing for years that gun ownership in Mexico was non-existent. That is hardly the case.

All this flies in the face of news articles published by the U.S. media in the last week or two. Mexico’s gun problems are a direct result of gun runners buying “assault weapons” in the U.S. and taking them into Mexico to arm drug cartels, says the U.S. media and government. That is a bunch of government and media nonsense. The cartels aren’t arming themselves from U.S. gun stores with semi-auto AR15 and AK47 rifles. They’ve moved on up. Not to completely dismiss arms moving into Mexico from the U.S., but it is not as it seems when the U.S. media tells the story. The firearms moving across the border are semi-auto rifles and handguns sold to middle class or wealthy Mexicans seeking personal protection from criminals that have no connections in Mexico with gun runners. For the most part the wealthy in Mexico are targets of criminal elements, so they have no intention of connecting up with them to buy a self-defense firearm. You’re better off buying a weapon from someone within the Mexican government than buying it from the criminal element, namely a drug cartel.

Cartels buy their arms from countries around the world, most any place where military weapons can be purchased on the black market, or from countries wishing to destabilize North America. They arm themselves from a worldwide black market of full auto military weapons including grenades, land mines and RPGs. They also “procure” their weapons from the less than savory from within the Mexican military.

The drug cartels can easily afford to fly their weaponry into Mexico using their own fleet of aircraft on to remote airfields, or land them on remote Mexican shores from their fleet of vessels. They do it with drugs all of the time. Drug cartels buying semi-auto AR15 or 1911s from U.S. gun dealers is viewed as a joke by Mexico’s drug cartel, most Mexicans, and unfortunately by the Mexican government. The only people fooled by all the political rhetoric are Americans listening to the likes of Attorney General Eric Holder and other anti-gun politicians.

Mexico has a gun problem, just like they have a drug problem and both the U.S. and Mexican governments are trying to place the blame on U.S. gun owners. U.S. gun owners aren’t the problem. Mexico is the problem. The government is corrupt from the lowest level law enforcement officer shaking down American tourists for traffic violations, to officials and politicians highly placed within the Mexican government, including elements within the military. Everyone knows it. Everyone in Mexico knows it. Every law enforcement official in the U.S. knows it, and everyone in our government knows it. And anyone who has worked for any length of time within border cities and lived in the local community knows it. This is taking a Mexican problem, blaming the U.S. by turning it into a crisis in order further an agenda, and Eric Holder and President Obama knows it and they are taking advantage of it.

The next time you see a news report of illegal full-auto weapons and grenades being found here in the U.S., you know where they came from. It wasn’t from a gun store in Tucson or Phoenix. The administration is right that gun trafficking along the U.S./Mexico border is a problem. Not only do we have drugs and illegal aliens coming in our southern border, but we also have military arms and explosives coming into our country illegally as well. That’s the issue and our government is being disingenuous in its argument.

This AP news report published today is typical of what is going on. It is disgustingly biased and flat wrong: AP report for Detroit Free Press

Don’t believe me and what I say? See what the Latin American Herald is saying about a recent arrest of cartel members and their weaponry in Mexico. No, the items listed weren’t purchased at a gun store in Phoenix or Tucson. Grenades and RPGs are illegal in the U.S.: LAH Story