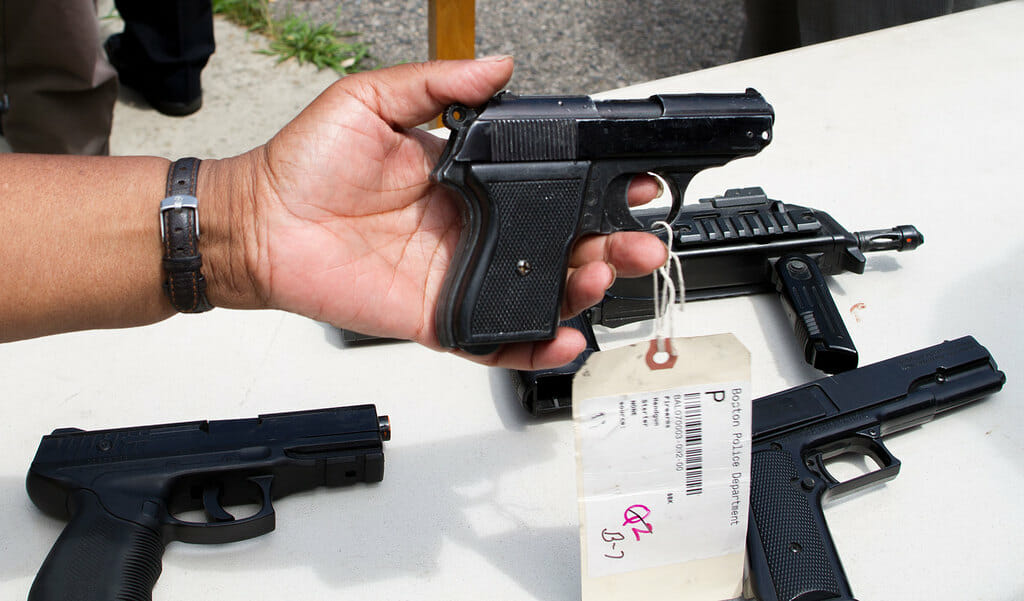 City Cracks Down on Sellers of Fake Guns

DCA has been going after stores that violate the city’s public safety law by selling imitation guns that are silver, camouflage or darkly colored with bright orange tips, which could appear as real firearms. The law permits sales of brightly colored fake guns, such as white, bright red, bright orange or bright pink.
“Realistic-looking fake guns are illegal because they put children and others at risk,” said DCA Acting Commissioner Jonathan Mintz in a statement. “Especially during this time of year, we strongly urge the public to report any store that has these guns.”

During the last three years, more than 90 stores including the Sports Authority, Walgreen’s, Party City and Abracadabra have faced fines as a result of DCA’s crackdown, which resulted in fines of more than $600,000 and the removal of more than 5,600 fake guns citywide, the DCA said.