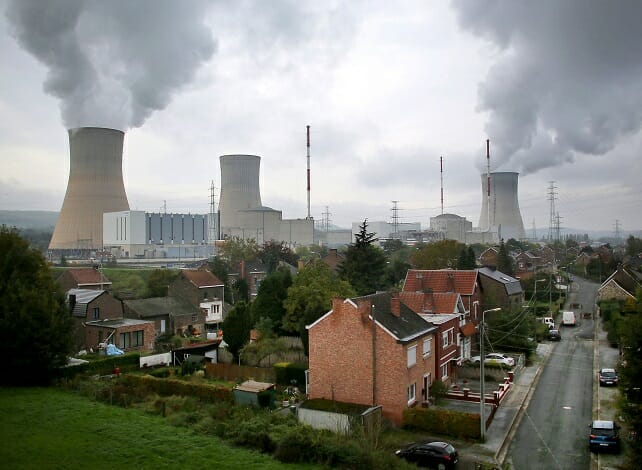 China has an unofficial and secret plan to become the most powerful nation in the world by 2050 — just in time for the hundredth anniversary for the community party taking over the People’s Republic of China.

China projects itself to the world as having values of Confucian pacifism. But it draws on its military-rich history and uses that information to shape the plan to become the most powerful nation in the world by 2050.

China is particularly drawing from the time of the Warring States, when seven states, constantly at war with each other, finally came together under the Qin dynasty.

Despite carrying on with this plan for over 50 years, it is not the plan itself that is the most impressive and threatening. The real threat is how China has convinced the rest of the world that there is no plan.

These misconceptions lulls the United States into complacency. All of this is in Michael Pillsbury’s book: ”The Hundred Year Marathon: China’s Secret Strategy to Replace the United States as the Global Superpower”.

Since 1969, Pillsbury has studied China. When he was 24, he joined the United Nation’s Secretary General’s office as a political affairs officer.

He worked with the CIA and FBI to gather intel on Chinese-Soviet relations. Being fluent in Mandarin, he has been influential in shaping the United States’ relations with China since the Jimmy Carter administration.

After years of encouraging peaceful relations between the two countries, Pillsbury has fallen out of favor because he is sceptical of China.

According to the author, China’s hundred-year plan has nine phases: making the United States complacent is the first phase. The next is to manipulate United States advisers.

The third is to be patient. The fourth is to steal ideas and technology from the United States.

The fifth is to remember military is not the critical factor. The sixth is to know that the United States will take reckless and extreme action to continue being the only superpower country in the world.

The seventh is to never lose sight of shi. The eighth is to establish and employ metrics for comparing China’s status to the status of challengers.

The ninth is to avoid being trapped by others by being vigilant.

The United States is also wooed by China. President George H.W. Bush was very apologetic about China and continued trade with them even after Tiananmen Square.

President Clinton took a hard stance against China, even inviting 40 enemies of China to the White House after becoming president of the United States. But China reached out to pro-China members in the White House and building a pro-China coalition.

Eventually, Clinton’s stance against China softened and China took up office in the World Trade Center. History is now repeating itself with President Donald Trump bromancing China even after criticizing China to get elected.

China’s patience is obvious because its plan is 100 years long, not one year long. They are running a marathon, not a sprint.

China is catching up faster to the United States than even they expected. The United States has become vulnerable after several wars in West Asia and the 2008 economic crisis.

After that, China will convert its economic might into military might. It will use it to spread its cultural influence.

China has hinted that with support from the United States it will become a more open and democratic society. However, the party state still currently controls the economy.

Thus, it appears that China is downplaying its international and economical strength and making the United States believe it is vulnerable and weak instead of strong.

Pillsbury revealed how the World Bank works with China in secrecy. The World Bank endorses the socialist ideas of China and helps them find out how to grow their economy without converting to capitalism.

Beijing constantly executes the plan made by the World Bank. China also steals western technology and reverse engineers it so it now should be feared.

China’s plan does not include military power because it knows it does not need that to win. It learned that when watching the USSR fall.

China prefers a stealthy assassin’s mace to an arms race with the United States. Its plan is to sneak up on the United States and surprise it when it is too late instead of declaring an all out war.

The United States relies too heavily on technology. It is easy for China to render the United States helpless using advanced secret hacking techniques and cyber espionage. The reality is China is a controlled state, even on the Internet, where private citizens must rely on VPNs to hide their identity and activity.

China is also developing black boxes that will transmit thousands of signals into the air when they launch their missiles. That means the United States Air Force will never be able to find the real signals in all the fake signals.

Never losing sight of shi is critical to China’s plan. Shi means an alignment of forces.

China did not read their own shi correctly in the 1960s. It was not until after the USSR poured resources into China in order to win its loyalty back did China realize shi had shifted while the United States reveled in all its ignorance.

The United States is running out of time. If it does not start its own marathon to take down China and keep the Dragon in its place, then the United States will lose its influence as a leading world superpower.