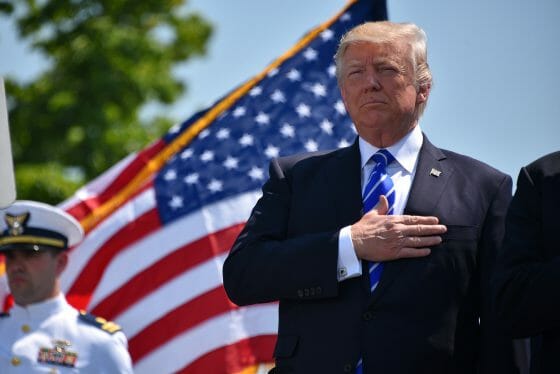 It’s something that many Republicans have known for quite some time, but not everyone is willing to admit it. President Trump is not a real Republican. As a matter of historical fact, Trump doesn’t even have any respect for conservative politics.

In an October 1999 interview on Larry King Live in which he first announced his intentions to run for president, Trump said, “I’m somewhat liberal on social issues, especially health care, et cetera…The Republicans are too far right.” 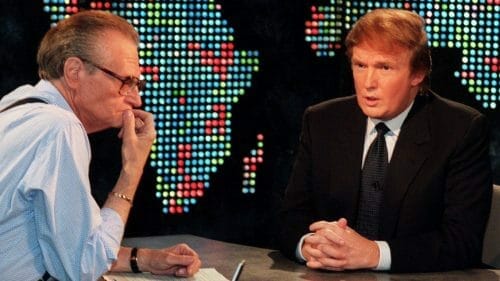 While it can be argued that it is only natural for a person’s beliefs and intentions to change over time, Trump’s supposed stance on political matters has changed so wildly that it’s enough to give one whiplash.

In a 1998 sit-down with NBC’s Stone Phillips, he said of universal healthcare, “I like universal, we have to take care, there’s nothing else.”

This from the man whose chief goal after building a border wall has been to repeal and replace Obama’s universal health care bill.

All of this demonstrates the President’s lack of sincerity and capacity for flip-flopping, but it also illustrates why Trump is not a true blue Republican. Further proof comes with each passing day of him being in office.

One need only look so far as his Tweets to see that he is woefully lacking in the fundamental decorum that the GOP party is all about. The GOP was founded by economic modernizers and anti-slavery activists.

By contrast, Trump has a history of barring people of color from renting apartments from his family business and stiffing workers at his hotels. The FBI has even released documents that unequivocally prove his discrimination.

American conservatism is an ideology which is characterized by honor and respect for American traditions. Trump has repeatedly broke with tradition such as his failure to show up to the White House Correspondents’ Dinner after taking office.

The last US president, and the last Republican president, to skip this time-honored event was Ronald Reagan…because he’d been shot (!) mere weeks earlier.

On the other hand, Trump’s absence was due largely to his hatred of the media. Since his inauguration, he has worked tirelessly to label media outlets who clash with his radical political positions “fake news.” This represents a mudslinging mentality that runs counter to the core values of Conservatives. 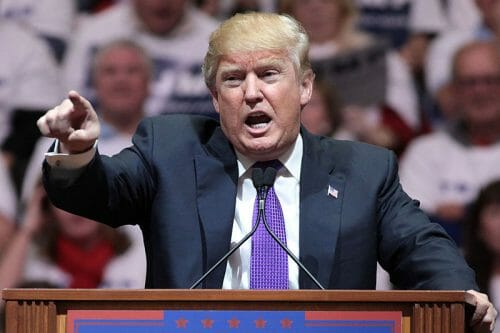 Senate Republicans have long since gotten wise to Trump’s dangerous and detrimental politics. On September 22nd, Arizona Senator John McCain issued a statement saying that he can’t “in good conscience” vote for the Cassidy-Graham proposal which would roll back Obamacare, adding, “I believe we could do better working together, Republicans and Democrats, and have not yet really tried.”

McCain’s statement represents the classy and rational side of the Republican Party, one that respects its political opponents and possesses a willingness to reach a bipartisan agreement on key issues. On the contrary, Trump has been publicly vitriolic when it comes to any resistance to his positions and plans.

In August, Trump railed out Senator Jeff Flake, uncreatively calling him a “flake” and Tweeting that he’s “toxic.” This, of course, in response to Flake writing in his book Conscience of a Conservative: A Rejection of Destructive Politics and a Return to Principles that Republicans had abandoned their principles in the wake of Trump’s unorthodox campaign, surrendering to the “politics of anger.”

To say that Trump’s behavior has given the Republican Party a bad name would be a gross understatement. When President George W. Bush was in the White House, the public was unhappy with his poor speaking skills and there was much controversy surrounding the Patriot Act bill he signed into law. But there was no doubt that he had the country’s—and the Republican Party’s—best interests in mind.

Under Bush’s presidency, most Americans, liberals and conservatives alike, felt safe. And although many of us chuckled at his invention of words like “strategery” or him misquoting that old adage, “Fool me once, shame on you. Fool me twice, shame on me,” we knew that he was more than capable of maintaining foreign relations.

Trump represents the other side of that coin; he is a man who shoved a NATO leader out of his way, took his daughter along to a diplomatic meeting with Japan’s prime minister and insulted two of our closest allies.

With the exception of his signing a bill that seeks to protect Americans’ Second Amendment right, the vast majority of Trump’s decisions and behavior have contradicted the number one priority on which the party was founded—to unite the country.

In fact, most Republicans would even beg to differ when it comes to Trump’s position on the Second Amendment. Back in March, he signed a bill that would allow mentally ill Americans to purchase guns, something that should seem like a bad idea to anyone, Republican or Democrat, who recognizes the mental disturbance innate in people like Charles Whitman and Virginia Tech shooter Seung Hui Cho.

But regardless of the Republican Party’s take on gun ownership, one thing they should be able to agree on is the pretender among them. Indeed, true conservatives are a modest bunch and Trump is the farthest thing from modest.

Perhaps we can forgive a man who lived in a penthouse with 24-carat gold accents for being full of bluster. As a titan of industry, he may have earned the right to self-aggrandize. But no man who calls himself a patriotic American has earned the right to allegedly call the White House a dump.

There is an enormous number of conservative pundits opposing Trump’s presidency. But whether someone opposes him or not, one thing should be clear by now. Donald Trump does not represent the Republican Party and its principles.

So where does that leave the rest of us? Essentially, we’re all in the same boat as the disillusioned Republicans.

Donald Trump represents everything that Libertarians are against. We want a world in which the individual can live autonomously without government intervention. Trump wants his government to intervene when it comes to everything from our lifestyle choices to how we protest injustice.

We want a world of liberty. Trump wants a world of restrictions. Libertarianism seeks to uphold freedom of choice while Trump seeks to strip us of that choice.

As far back as his speech to Congress in March, Trump has laid out a series of baffling and appalling proposals that seek to expand Big Government rather than limit it. Among the proposals which didn’t sit well with Libertarian National Committee Chair Nicholas Sarwalk were his intention to enforce retaliatory tariffs on imports, his desire to spend $1 trillion on “infrastructure” and his aim to force employers to fund paid family leave.

All of these proposals—and many more that Trump has gotten behind—are bad for the majority of Americans, particularly small business owners and blue collar workers.

By now, it should be obvious that Donald J. Trump does not speak for the Libertarian Party nor does he speak for the average Joe. It’s a fact which may seem surprising to those who supported him, but it’s a fact nonetheless.

3 thoughts on “Does Donald Trump Qualify as a True Conservative?”