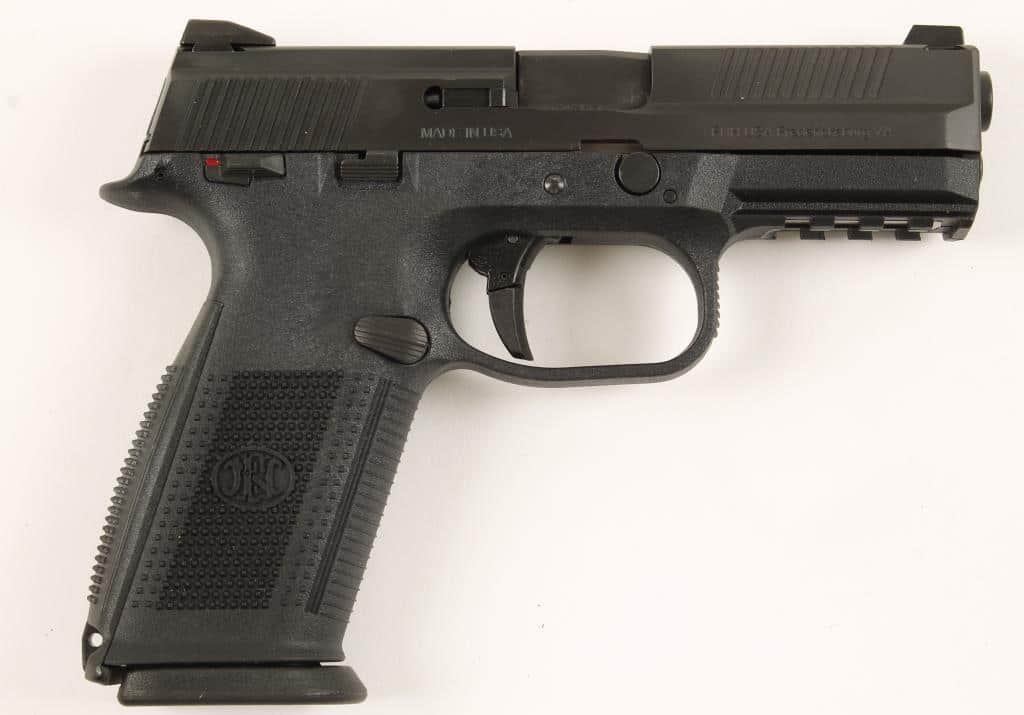 Forget Glock: Could This Gun Be the One To Take On the Firearm Champ?

Fabrique Nationale (FN) Herstal is known worldwide for their rifles and machine guns. But they haven’t reached wide success with a pistol since the FN Browning Hi-Power, a design that originated from before WWII. But with their new FN 509, FN Herstal is again aiming for the lucrative civilian, police, and military pistol markets.

Could it succeed? How does it build upon more than 100 years of pistol design at FN?

For the majority of the twentieth century, FN built pistols that derived from the designs of the legendary American gunsmith, John Moses Browning. Dissatisfied with his deals with Remington, Winchester, and other American firearms companies, Browning turned to the Belgian company around the turn of the century and began working for them, though he also maintained a working relationship with Colt in the United States.

At his time there, he produced several pistols for them: the M1903, M1905, and M1910. These were all relatively successful in their era, seeing use through WWI and WWII. But Browning’s most successful design at FN would be the Browning Hi-Power. Unfortunately, Browning died before finishing the design in 1926.

Dieudonne Saive, another master designer continued work on the design, and it was completed in 1935. Almost immediately, it was adopted by various national militaries, including multiple nations in the Commonwealth. It is considered by many to be the best pistol of WWII. The Hi-Power remained in constant production until 2017, and is still used by the Canadian Armed Forces today.

But later browning designs would mostly derive from the Hi-Power. When the pistol needed refreshing to stay competitive, FN released a Mark II and Mark III variants with updated sights and safeties in the 1980s. FN also released the Browning BDA in the 1980s to compete in the U.S. military XM9 pistol trials. The Hi-Power was always a single-action only design, and the BDA updated it to become a double-action/single-action design, while retaining the locking mechanism, layout of the frame, and magazines.

The BDA would be FN’s last handgun based on the Hi-Power design, though it too failed to capture the amazing success of the Hi-Power. The company would move onto cheaper polymer framed designs in the 1990s, with fairly standard designs coming one after another. The FN Forty-Nine was the first attempt, a “secure-striker” pistol that failed to achieve much success, largely due to a monstrously heavy 10-pound trigger pull. It was followed by the FN FNP, a family of polymer framed hammer fired guns that saw limited adoption. The FNP was updated into the FNX in 2009 for the abortive Joint Combat Pistol trials. The changes included a lower bore axis and revised controls.

Despite being a popular civilian product, the FNX was never officially adopted. FN made a second attempt at a striker fired pistol in 2011 with the FNS line, which basically was a FNX frame and locking system adapted for a striker trigger and fire control group. The FNS series was adapted for the Modular Handgun Trials into the FN 509, which released on the commercial market in 2017.

By all accounts, the FN 509 is a boringly reliable pistol. Marketing materials for the pistol emphasize that over one million rounds were fired through pistols during testing. However, it is competing in a very crowded field. Other top tier manufacturers, including H&K, Walther, CZUB, and Glock all field similar products.

FN perhaps has shot themselves in the foot by constantly revising and changing the designs of their most recent pistols: from FN Forty Nine, FNP to FNX, and then from FNS to FN 509. These revisions all occurred in less than ten years. This probably has prevented any one of these pistols from really gaining and maintaining a significant police or civilian user base. While the FN 509 has seen a significant adoption, that of the private security firm Brinks, Inc, it has yet to be seen if it will have any staying power.

Adding insult to injury, FN’s FNS line was recently discovered to have issues with the striker that could cause accidental discharges, leading to a major recall. The department that discovered the issue with the FNS has since switched to Glock.

There is one anomaly though. FN’s Five-seveN pistol, an internal hammer delayed blowback design whose claim to fame is firing the same 5.7mm armor piercing round as the P90 personal defense weapon has proven rather popular with both police and criminal organizations. Oddly enough, this “armor-piercing” pistol has proven to be FN’s most successful modern handgun, as it is on its way to becoming the Belgian Army’s standard sidearm.

Main source of this article: Forget Glock: Could This Gun Be the One To Take On the Firearm Champ?

One thought on “Forget Glock: Could This Gun Be the One To Take On the Firearm Champ?”