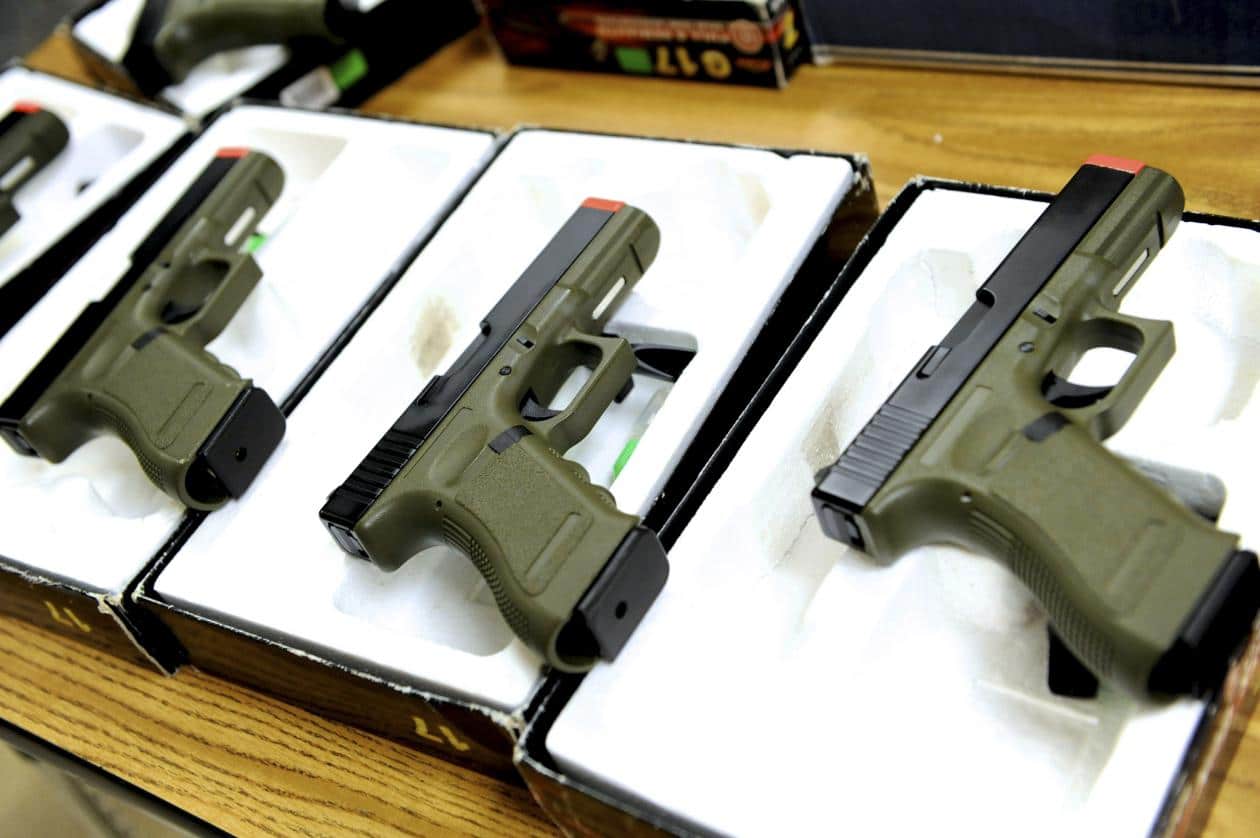 Glock 31 Gun: All You Need To Know About this Powerful Pistol

We tell you why.

In the early 1990s, a handful of calibers emerged to challenge the nine-millimeter as the dominant semi-automatic handgun round. One of these, the .357 Sig, is the caliber of choice for the Glock 31 pistol. The Glock 31 is the company’s offering for those into high velocity or long distance handgun shooting. The G31 also comes with a large magazine capacity, making it an excellent self-defense or duty sidearm.

The now infamous 1986 FBI Miami shootout was a watershed moment in the history of law enforcement. Eight FBI agents armed with pistols and shotguns engaged two bank robbers armed with superior weapons. Over the course of the gun battle, which saw the federal agents pinned down by suppressive fire from a Ruger Mini-14 semi-automatic rifle, two agents were killed and another five wounded. The two bank robbers were hit multiple times by incoming fire but were both able to continue shooting, contributing to the very high law enforcement casualty rate.

In the aftermath of the shootout, the FBI and other government agencies began the search for a new, more powerful handgun round. Nine-millimeter and .38 Special proved ineffective at stopping the robbers, while .357 Magnum was a revolver cartridge that limited the user’s carrying capacity to six rounds at a time. Law enforcement wanted a powerful round that could be carried in large quantities.

An attempt by Sig Sauer and Federal Ammunition to duplicate the .357 Magnum round in a pistol cartridge resulted in the new .357 Sig. Federal’s .357 Magnum 125 grain jacketed hollow point round generates 575 foot-pounds at the muzzle, with a velocity of 1440 feet per second—well above the speed of sound. Federal’s new .357 Sig 125 grain jacketed hollow point round, on the other hand, generates 506 foot-pounds with a velocity of 1350 feet per second. The higher velocity of .357 Sig not only translates into more energy delivered on-target but gives it a flatter shooting trajectory over nine-millimeter and .38 Special.

The Glock 31 is Glock’s entry in the .357 Sig market, admittedly a niche market but one with a devoted following. G31 is dimensionally identical to the Glock 17, the original Glock chambered in nine-millimeter, as the difference between .357 inches and nine-millimeters is just a matter of .06 millimeters. The Glock 31 is 8.03 inches long, 5.47 inches high, with a slide width of 1.0 inches and an overall width of 1.26 inches. The two Glocks both have a barrel length of 4.49 inches. The Glock 31 is just over one ounce heavier than the Glock 17 empty.

The Glock 31 is the exact same striker-fired pistol as other Glocks. Unlike traditional semi-automatic pistols, the striker mechanism lacks a hammer, allowing for a smoother draw from under clothing and a more consistent trigger pull. The newer pistol also incorporates Glock’s Safe Action system. The system, standard on all Glock pistols, uses three-built in safeties: a trigger safety built into the trigger that requires finger pressure on the trigger to fire, a firing pin safety that prevents inadvertent movement of the firing pin, and a drop safety that prevents the gun from discharging if dropped. Like all Glocks, however, it lacks a manual safety.

All of this means that migrating from the Glock 17 to Glock 31 platform requires a new handgun and ammunition. In most cases, the same holster can accommodate either handgun, and accessories such as weapon lights and magazine holders can be migrated over to the Glock 31. The Glock 31 uses the same manual of arms to operate, resulting in fewer training hours required to switch over. The biggest training issue is the increased recoil of the .357 Sig round, which is considerably greater than the nine-millimeter round.

The .357 Sig caliber didn’t exactly succeed in the marketplace, as handguns in .40 Smith & Wesson and nine-millimeter rounds with improved ballistics dominated the civilian and law enforcement markets. Still, the fact that handguns are still being manufactured in the caliber—even by Sig competitor Glock—is a testament that demand for the cartridge still exists. For those that prefer the .357 Sig’s high velocity, flatter trajectory and greater power, there’s the Glock 31.

The main source of this article: Glock 31 Gun: All You Need To Know About this Powerful Pistol