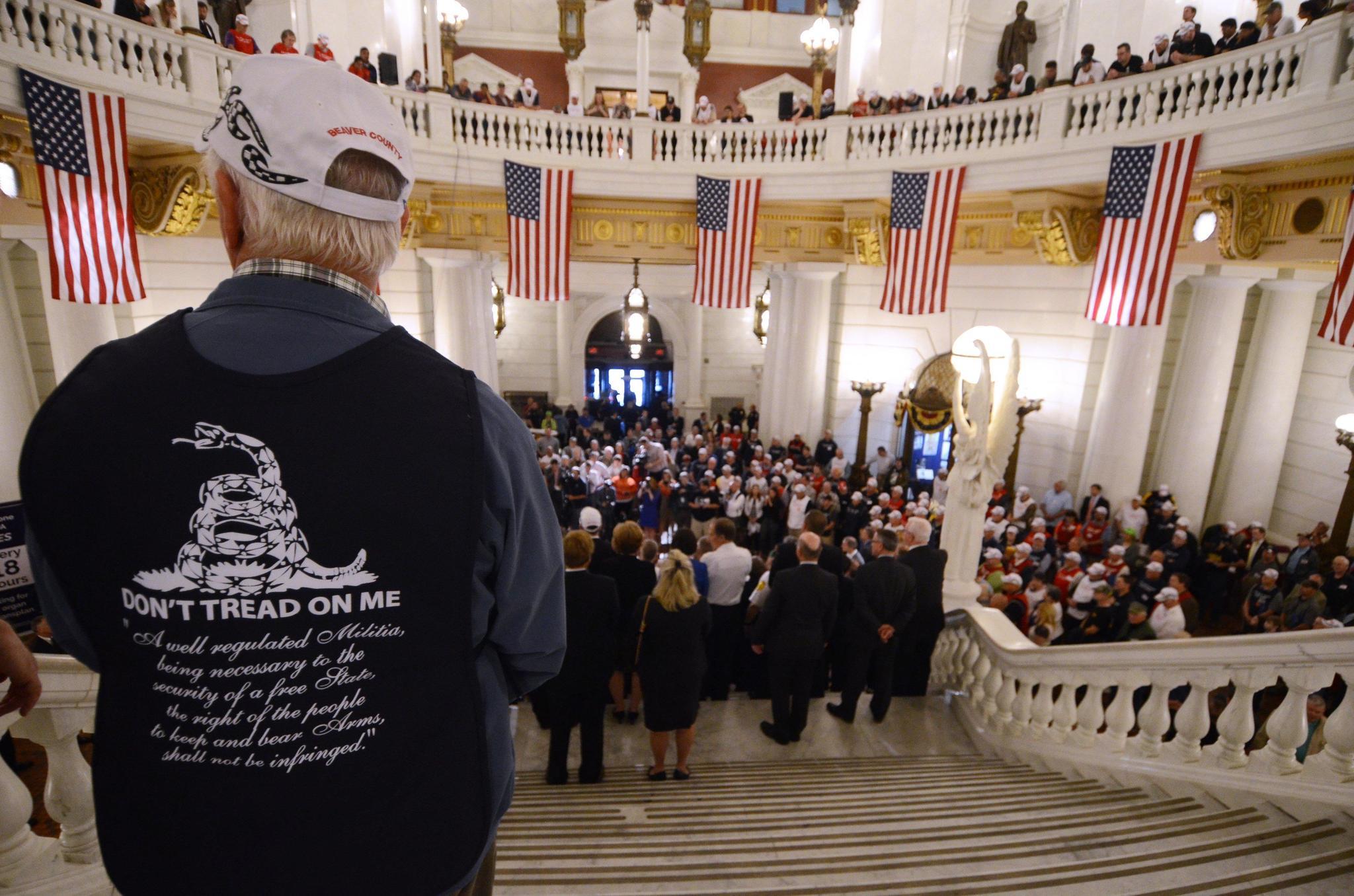 Gun Rally In Pennsylvania Pushes for Changes to Concealed Carry

The “Make the Second Amendment Great Again” rally, held in Pensylvania last Monday, represents  the best of grass roots, gun rights activism. A large group of gun owners, brought together by their belief in their Second Amendment rights, put their case eloquently and passionately.

The rally drew hundreds of participants. The majority were ordinary citizens coming out to protest for looser gun restrictions. Yet the even also managed to engage with State lawmakers, sheriffs, and professional gun rights enthusiasts.

The speakers at the rally raised a few different points. Republican lawmakers, always keen to trumpet their achievements over the past year, pointed out that they had been instrumental in blocking a number of unpopular gun control measures. These included proposals to require reporting of lost or stolen guns, and other proposed laws that extended background checks to private sales of long guns.

Other speakers floated some ideas about how to furter reform Penslyvania’s gun laws. One proposal that met with a lot of support was to abolish the state-level backgrounf checks system. At the moment, when buying a gun in the state, a potential gun owner has to go through two levels of criminal background check – that imposed by the state, and that imposed by the federal government. It is hoped that getting rid of the first of these will extend gun ownership to many people currently thwarted  by the existing system.

Further, the additional checks required to buy a gun currently come with a small fee. This is a cause of particular ire for gun owners in the state, who feel that they are being charged to exercise their constitutional rights. This issue was raised time and time again at the rally, and we will not be surprised if this particular proposal passes quite soon.

Another focus of the rally was on concealed carry rules. At the moment, the state requires a license to carry a concealed firearm. Many at the rally felt that the time was now right to do away with these licesnses, and allow concealed carry for everyone. These proposals have been dubbed “consitutional carry”, and are being championed by Republican lawmakers.

For our part, we have always been fans of rallies like this. Whilst similar gatherings happen almost every week in the USA, and hundreds of gun clubs meet weekly to discuss exactly this kind of issue, what is impressive about this particular rally is level of engagement it has achieved with lawmakers and the law enforcement community

Too often, gun activists can come across as too aggressive, and as a result those whose jobs are politically determined – such as senators and, to a lesser extent, law enforcement officers – are reticent to engage with them. What this rally shows is that, as gun enthusiasts, if we put our point eloquently, and explain the reasons behind our thinking, it is possible to engage the general population with our concerns.