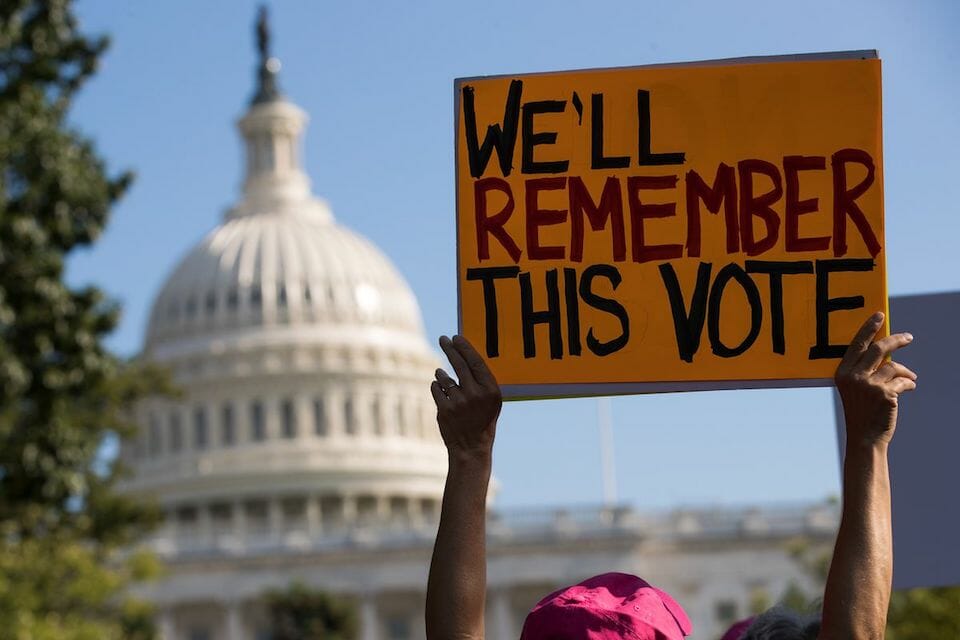 The subject of gun control has always been a contentious one that heats up during election seasons.

But there’s definitely been no election season so far where the issue has been so controversial or prevalent as it is now.

One need not look any further than the data. In this election cycle of 2018, Americans are simply far more likely to see political ads concerning gun violence (and specifically advertisements that strongly favor gun control) in contrast to the previous election cycles such as 2016, 2014, and 2012.

For example, in the 2014 midterms that saw massive victories across the board for the Republican Party, there were fewer than five thousand ads that even mentioned gun control in them.

But for the 2018 midterms, and with polls indicating a strong Democratic advantage this time around, the number of advertisements concerning gun control has increased dramatically to a whopping one hundred thousand.

In those two states, there were zero gun control ads in the 2014 mid terms. This year, in 2018, that number has skyrocketed to just under fifty thousand, or around half of the nationwide total.

But interestingly enough, the topic of gun control has remained completely absent from the close Florida Senate race between Governor Rick Scott and Senator Bill Nelson.

This is likely because Scott, to the chagrin of the National Rifle Association and Republican nationwide, signed a number of gun control bills into law restricting bump stocks and semi-automatic rifles in response to the Marjory Stoneman Douglas High School shooting, and subsequently Democrats have been far less effective to criticize Governor Scott for ‘failing to take action.’

But Florida is not the only state where gun control has taken center stage in the midterm elections.  In the Nevada governor race between Republican Attorney General Adam Laxalt and Democratic Clark County Commissioner Steve Sisolak, the issue is front and center.

Commissioner Sisolak has vowed to ‘ban assault rifles, bump stocks, and silencers’ according to an advertisement his campaign released, while Attorney General Laxalt has stated his support against further control measures, including background checks.

Even in Texas, the largest Republican-controlled state in the nation, the subject of gun restrictions has found its way into the middle of the Senate contest between Democratic Representative Beto O’Rourke and incumbent Republican Senator Ted Cruz.

O’Rourke, who has co-sponsored a proposed Federal ban on assault weapons in the past, has stated that he understands why many Texans own AR-15s among other semi-automatic firearms, but also believes further restrictions are needed for public safety.

Senator Cruz has countered by arguing that Congressman O’Rourke is blaming innocent and law abiding Texas gun owners for the acts of the mentally ill and that further proposed gun control measures must be resisted.  Cruz currently leads in polling, although the race in the normally red-dominated state is surprisingly closer than expected.

In short, gun control is an issue front and center in the 2018 midterms in contrast to previous election cycles where it was largely relegated as a side issue.  Whether Federal lawmakers will attempt to take more serious action on on gun control over the course of the upcoming two years will very likely be dependent on who gets into office once the elections have been held.