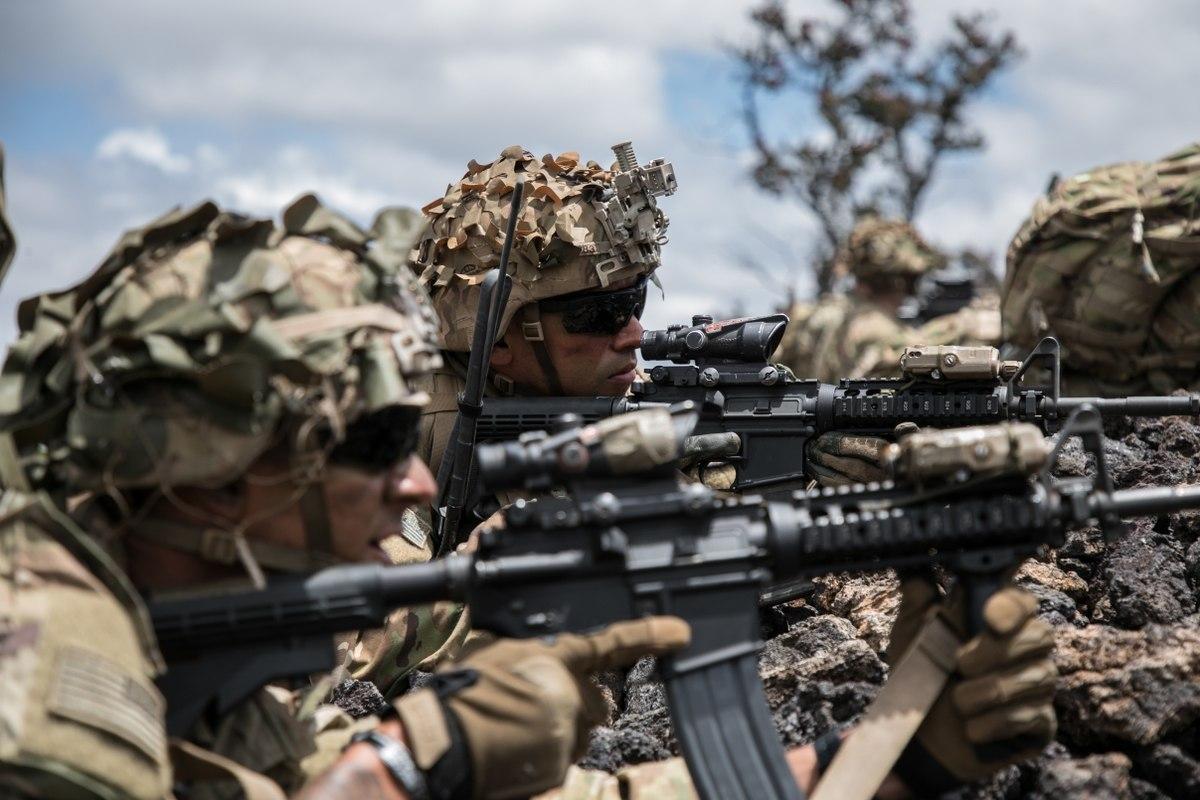 Space is a long way from home.

If you ask Stacey Morgan, she’ll joke that she doesn’t remember ever hearing her husband say the word “astronaut” until he was applying to be one.

In 2012, Stacey and her husband, Army Col. Andrew “Drew” Morgan, an emergency physician with the Army Special Forces, were living at Fort Belvoir in Virginia when he came home and told her that NASA had opened up applications for astronauts.

“He came home and he said, ‘I’m so excited, NASA is opening up their application window for another class of astronauts,'” Stacey told Task & Purpose. “And I said ‘Um, okay? I don’t know why you’re telling me this — I don’t know, chicken is on sale at the commissary, like, are we just swapping pieces of information?'”

He wanted to apply — but don’t worry, he assured her, they’ve never even selected an Army doctor before. So the couple continued planning for their approaching move to Germany with the Army, something they were very excited about. They often joked that if nothing else, at least he could always say he was a NASA applicant.

“He was like ‘How quickly can you get home?’ And I knew this call was coming, and … I checked out at the commissary, got home as quickly as I could, and he’s like ‘I have bad news. We’re not moving to Germany.’ And I was like, ‘Oh my Lord,” she laughed.

So she did what every experienced military spouse excels in doing: She adjusted the plan.

Her husband’s report date in Houston, Texas, was two months after he got the call, so she “completely” restarted the PCS process, she cancelled the movers coming to take their life to Germany, and she called in a grandparent and went to Texas to find a home to ensure that their kids were ready when the school year started.

In some ways, preparing for her husband’s launch is a lot like preparing for previous deployments, of which they’ve been through several; he’s been to Iraq once, Afghanistan twice, and had at least two deployments to Africa, she told Task & Purpose.

It’s about the balance between handling things on your own, and making sure your partner doesn’t feel completely disconnected from decisions being made at home; finding the rhythm of phone calls and video chats (which the Morgans will have once a week) that works for your family; and the general life moments that happen while one spouse is away — Stacey said while her husband is on the International Space Station, their oldest will learn to drive, and their second kiddo will be finishing junior high.

One of those is his visibility — with a military deployment, Stacey said, you say goodbye and then that’s kind of it. You don’t see what they’re doing day-to-day. The most dangerous parts of the deployment aren’t being broadcasted. This time, she said, “we will be there actively watching at the highest peaks of the risk,” meaning the launch, landing, and space-walking.

Another adjustment is just how separated he’ll be; in his previous deployments, Stacey said, “you know in the back of your mind, if something really terrible happens his commander will send him home.” But with this, “there is no coming home.”

She isn’t totally sure how she’ll handle it, and she’s not sure how her kids will either — it’s been seven years since his last military deployment (this will be the longest) and the kids had been too young to really register what was happening. But now, she has four kids ranging in age from 15 to 8 years old.

“This feels very new to them,” Stacey said.

Thankfully, similar to the special forces community, the astronaut community is tight-knit, with plenty of support available from families who have gone through, or are currently going through, exactly what you’re experiencing.

“So much of all this is so similar across deployment stuff, just heightened. You can’t screw around when it comes to finding your people, you cannot do this alone,” Stacey said. “I’ve had to get super comfortable with asking people for help, and finding friends who will offer help before I even know what kind of help I need. Because I don’t know … I don’t know what I will need.”

So much so, in fact, that the Morgan kids sometimes forget just how unique it is for their Dad to be doing what he does.

But that feeling will probably be gone — at least temporarily — when Col. Morgan launches from Baikonur Cosmodrome in Kazakhstan on July 20th for nine months at the ISS with his two crewmates from the European Space Agency, and the Russian space agency, Roscosmos. Stacey likened the entire event to “organizing several weddings at once” — you’re so busy planning, getting family on the same page, setting up travel, hammering out details, that sometimes you forget there’s a marriage at the end of it.

“I think the hardest is, it’s very risky, but NASA does such a great job … incidents are so rare that sometimes you forget how risky it is,” she said. “I remember this even in deployments — weeks would go by and you’d almost forget how dangerous it is, until a friend would get killed. And then it was like a rude awakening to the real risks of what combat is, and it’s the same thing here. Sometimes it feels all like press conferences and blue flight suits and space ice cream, and you forget that it’s a very high-risk environment.

“We are so proud of him, but we will miss him terribly.”

Original article source: How One Army Special Forces Family Is Preparing for Their Next Deployment (To Space)