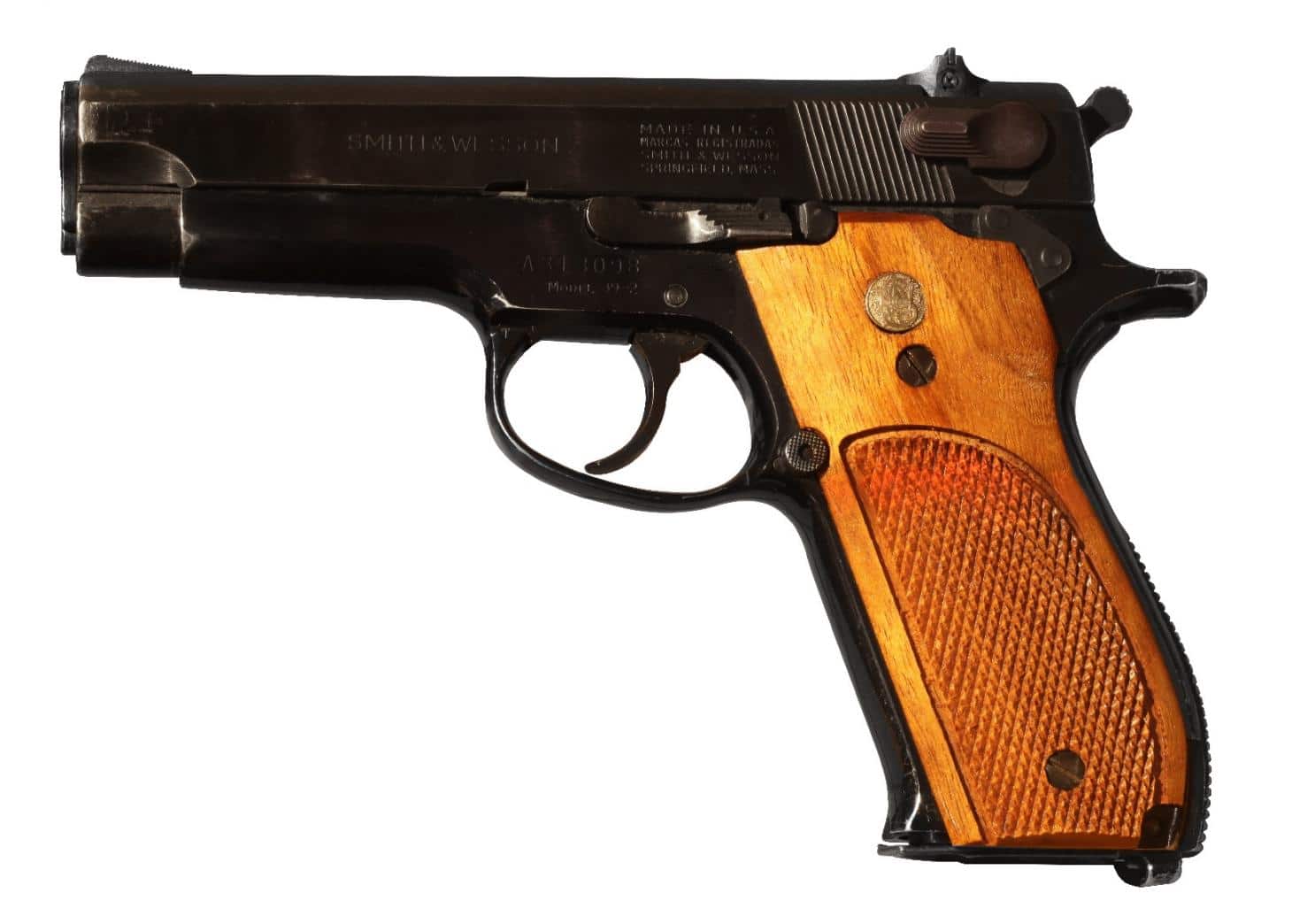 The OSS and their British counterparts ordered a variety of suppressed pistols, submachine guns and rifles during the war, according to a contemporary U.S. Army study. And these weapons lingered on in both military and CIA arsenals well after the conflict ended.

The Navy’s SEALs are well-known for their exotic guns—everything from machines gun to grenade launchers … and several iconic, quiet handguns.

The Navy stood up the Sea Air Lands teams in 1962 and quickly sent them to Vietnam to search out the enemy and work with local forces. The naval operators realized a suppressed pistol would be ideal for many of their most secretive missions.

“The value … of suppressed weapons had been noted prior to the teams deploying for combat operations in Vietnam,” noted SEAL historian Kevin Dockery writes in his book Special Warfare Special Weapons. “But very few weapons of that type were available during the early years of the war.”

At the time, the Pentagon still saw silencers as a highly specialized tool for individual operations. During World War II, intelligence organizations like the Office of Strategic Services—the forerunner of the Central Intelligence Agency—were far bigger customers.

Still, the technology was by no means new. Hiram Maxim—of Maxim machine gun fame—generally get credit for inventing the first sound suppressor for firearms and patenting it in 1909.

The noise of a gun firing comes from gasses popping out from behind the bullet—just like a backfiring car or opening a bottle of champagne. The devices—which Maxim trademarked as a “silencer”—work mainly by giving all of those fumes a different place to go.

The OSS and their British counterparts ordered a variety of suppressed pistols, submachine guns and rifles during the war, according to a contemporary U.S. Army study. And these weapons lingered on in both military and CIA arsenals well after the conflict ended.

With the close connection between special operations units and the CIA early on, the SEALs managed to get their hands on some of these guns. But the firearms were aging … and never intended for regular combat use.

For instance, the CIA had become particularly fond of a “wipe” type silencer. This kind of suppressor includes a soft rubber or plastic disc to help seal in the gasses after the bullets pass through.

But these “wipes wore away quickly under the stress of firing,” Dockery explains. “The intent was for the operator to use the weapon for a mission and then get rid of the suppressor.”

The SEALs needed a weapon that could handle day-to-day use out in the field. So the Navy set to work developing a replacement.

In 1967, the naval commandos got the first of new MK-3 “noise suppressors.” The silencers were fitted to specially modified nine-millimeter Smith & Wesson Model 39 pistols.

The MK-3 was still a wipe design, but essentially had a suppressor inside a suppressor. A large spring and O-ring held a separate insert firmly in place inside a main tube.

As the wipes were blasted away, the gasses could still expand inside this outer shell. Individual commandos could unscrew the whole arrangement and install a fresh insert back at base.

The weapons themselves—called the MK-22—also had a bar to prevent the slide from moving back and forth. This feature would make the gun a single-shot affair, but also eliminate the noise from the shifting parts.

To top this off, the elite sailors got unique subsonic ammunition that wouldn’t make the cracking sound that results from breaking the sound barrier. The pistol quickly became a popular and iconic addition to the SEALs’ arsenal.

In Vietnam, commandos fired the guns to take down lone guards or, more often, kill animals that could give them away. SEALs dubbed the weapons “hush puppies” … for obvious reasons.

“Very seldom did I used [sic] the hush puppy against a person—dogs and ducks raising an alarm were a much more common target,” Dockery quotes an unnamed SEAL as saying in his book.

The naval commandos kept their quiet pistols after the fighting Southeast Asia came to an end. But the teams were clearly tiring of the expendable wipe suppressors.

By the 1980s, the Navy had purchased a number of Heckler & Koch Model P9S pistols along with new silencers to replace the older combination. A company called Qual-A-Tech made the suppressors, which collected the propellant gasses in fixed chambers, according to a separate Air Force test report.

At the same time, the Pentagon was searching for a new pistol to replace the decades-old M1911. The SEALs and the fledgling Special Operations Command were both less than thrilled with the resulting nine-millemeter Beretta handgun.

SOCOM asked private companies to come up with what it called an “Offensive Handgun Weapon System” The weapon would shoot ammo that was “hotter”—loaded with extra or more powerful gunpowder—than traditional military rounds.

Companies also had to supply suppressors and lasers with their test guns. Only Heckler & Koch and Colt responded to the request.

SOCOM eventually chose the H&K offering. After the selection, the designers tweaked the pistol—initially called the EX-23—in a number of ways.

Most of the new weapons, finally dubbed the MK-23, went to the SEALs. The guns became “the first caliber .45 [caliber] … pistol to enter U.S. military service since the venerable government-model 1911A1,” the official operator’s manual states.

This first appeared in WarIsBoring here.

This article original source: How to Make a Navy SEAL Go Stealth (With the Right Gun)