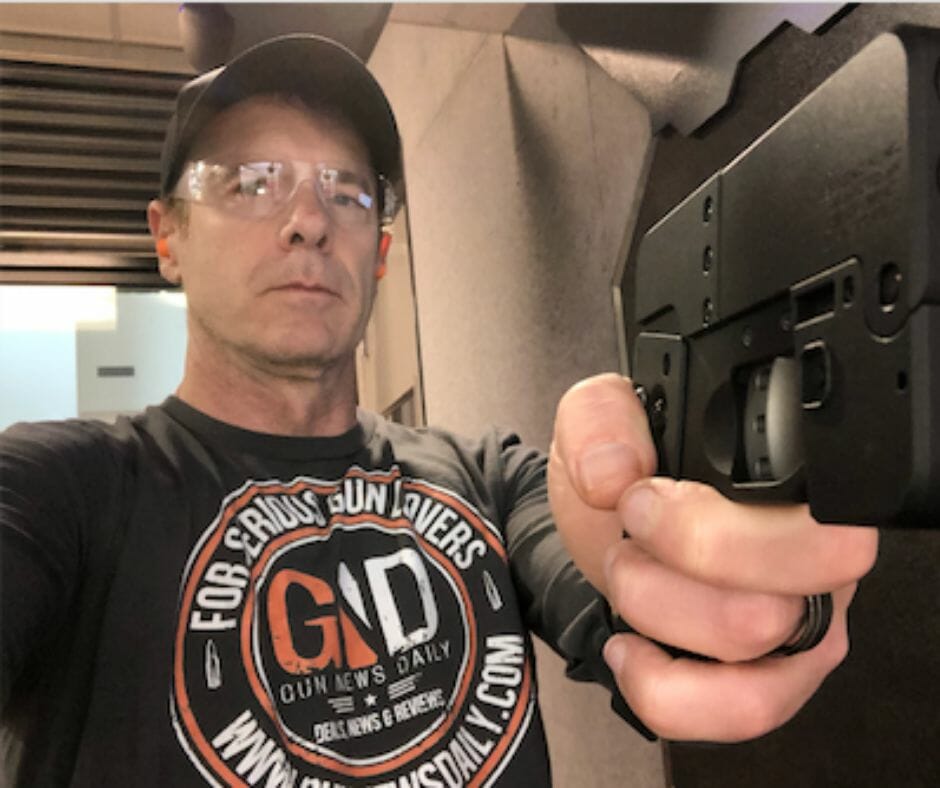 UPDATE – IDEAL CONCEAL is out of Business!!  READ STORY about IDEAL conceal shut down.

That’s right, you read that correctly.  Cell Phone Gun! Just to set expectations, you can not make calls the Ideal Conceal cell phone gun. However, we will detail everything you can.

Many people these days conceal carry guns for self-defense. It can be very effective and can help citizens save their lives, and protect the people around them as well.

Though there are many options in the market when it comes to concealed carry guns, from the Glock 26 to the Springfield 911. However, even these pistols aren’t as concealable as that IdealConceal pistol.

Let me ask you, what’s the one thing that is a part of almost every person’s Everyday Carry these days. That’s right! The answer is a smartphone. Well, the Ideal Conceal smartphone gun is designed to look like an average smartphone, but can also be deployed in less than a second to become a self-defense pistol. 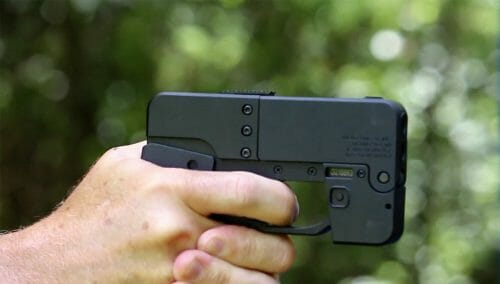 With the Ideal Conceal pistol, you don’t need any holsters, you don’t have to worry about the outline of your pistol showing under your t-shirt. You can simply carry it in your pocket.

So, let’s talk about this super cool pistol.

History of  the Ideal Conceal Pistol

The development of the Ideal Conceal Cell Phone Gun started back in 2015, and the first gun was developed around 2018 by Kirk Kjellberg, the CEO of conceal carry, with the intention of making a concealed carry pistol that anyone could carry without attracting any kind of attention.

To put it in simple words, the ideal conceal pistol is an over-under, breech-loading, two-shot pistol that can be folded into what looks like a slightly bulky smartphone. The original IdealConceal pistol was chambered in .380 ACP, however, now you can also get a 9mm version of the IdealConceal pistol.

The gun fires from an internal hammer that is not exposed, and though it doesn’t have a safety switch, it does have a long double-action trigger, and when folded the trigger is covered completely, so there is no chance of an accidental trigger pull. Therefore, it is quite safe to carry it loaded.

The pistol has a 2-inch barrel, and it is loaded by opening the breach and placing two rounds into the chamber. The pistol also has a manual extractor that allows you to push out the empty cases once the gun is fired. 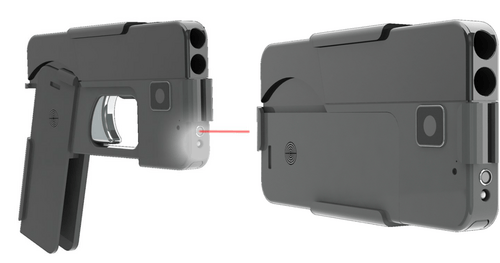 Some of the negatives about these guns are the grip and the sights. Since the grip is generally folded and covers the trigger. It is hollow when opened, and can be very uncomfortable while shooting. The sights are very rudimentary, there is a small front post sight, and the breach opener has a small groove in it that acts as the back sight.

Still, considering the purpose the gun is built for, these aren’t important. The small sights won’t snag on any fabric, and you probably won’t be using this pistol for long shots either.

As far as practicality is concerned, this pistol serves one purpose and it does it very well. That is, it is very concealable and inconspicuous. However, in other departments, it does lack.

For instance, it carries only two bullets, which could save your life in a self-defense situation, but personally. I would be comfortable with more rounds and better readability.

On the plus side, the caliber of this gun is very effective for self-defense. Of course, the 9mm option is a lot better, but the .380 isn’t that bad either. 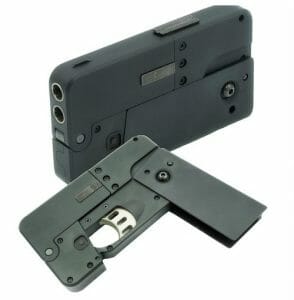 If the IdealConceal pistol is something you’d like to add to you EDC rotation, you can go to https://www.idealconceal.com/.  Gun News Daily followers can use the code GUNNEWS to get free shipping on their order. 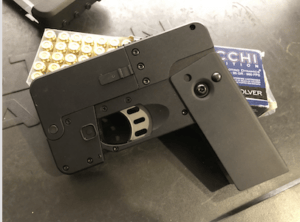 So, to sum it all up, the ideal carry pistol is the most easily concealable and inconspicuous pistol you can carry. You could even carry it folded in your hand, and no one would think you have a gun.

It can be effective in case of armed robberies, and self-defense situations. Even if you don’t want to carry it as your EDC self-defense pistol, it is still a super cool firearm that you can keep on you.