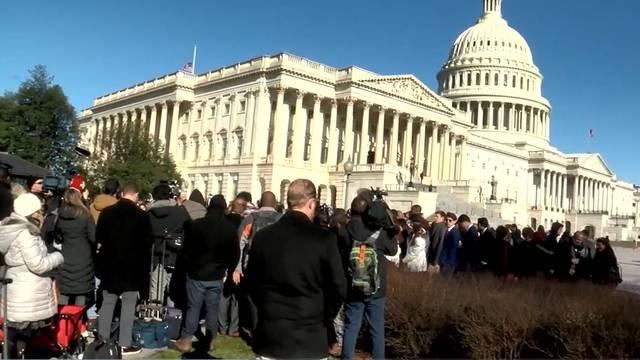 Long-Term Side Effects of the Never Again Movement

The last few months has been a busy one for the anti-gun Left as school shootings have thrust gun control into the national spotlight once again. This time, the liberal masses seem to be coming completely unhinged, making more noise than ever before.

We’ve had students refusing to return to school, TV funnyman Jimmy Kimmel blaming the president for putting guns into the hands of the mentally ill, and political wingnuts calling for an assault weapons ban.

The inevitable result of all this bureaucratic bedlam has been a market panic. The Florida gun show saw record attendance ten days after the tragedy in Parkland, Fla. And bump stock prices surged after President Trump proposed a ban on the devices.

At the end of February, sales of AR-15s rose exponentially in Lee County, Fla. Clearly, the public are concerned that they won’t be able to get their hands on weapons of protection in the near future. While such sales may drive local economies, it can also cripple the little man.

The general price point for AR-15s is already significantly higher than your average handgun or long gun, as we can see from the recent Grab A Gun AR 15 prices. For instance, Ruger’s bolt-action rifle sells for around $399.99 and their semi-automatic handguns sell for under $250.00. By comparison, the average AR-15 sells for upwards of $829.00 with most retailing for about $1,000.00.

This means that many working class Americans already have to cope with credit bureau disputes and the like to purchase an AR, to say nothing of the FAET (The Firearms and Ammunition Excise Tax).

With the push from Dems to pass legislation banning assault-style rifles and the call for stricter background checks, there will be a substantial increase in demand in the months to come. After Dick’s Sporting Goods and Walmart vowed to stop selling assault rifles, the liberals took to Twitter to persuade Bass Pro Shops and Cabela’s to follow suit.

With more and more pressure being placed on retailers to do away with firearms, price gouging will no doubt occur. Consequently, working class Americans will end up spending more than they can afford to in order to ensure that they are armed before a ban can go into effect.

The full ramifications of the “Never Again” movement have yet to be felt and the national debate does not appear to be dying down. Guns have not left the news cycle and probably won’t any time soon.

What is most perturbing is just how irrational the public and mainstream publications have become in recent years. Nothing illustrates this better than the case of the Journal News, an Upstate, New York press that published an interactive Google map showing the names and addresses of local gun owners.

The publication of that map was a knee-jerk response to the Sandy Hook school shooting that occurred in December of 2012, and it demonstrates just how far the Left are willing to go to publicly shame gun owners.

All of this flies in the face of Americans’ fundamental right to privacy, a right that is supposed to be provided and protected by the Fifth Amendment. This is to say nothing of our Second Amendment right to bear arms.

What the Dems don’t want to acknowledge is just how frivolous an assault weapons ban would be. In all of their teary-eyed speeches, never once do they mention that we’ve been here before and it wasn’t very pretty.

In September of 1994, the Federal Assault Weapons Ban (AWB) was passed, making it illegal for gun makers to manufacture certain semi-automatic firearms for civilian use. Studies have found that the ban had little effect on criminal activity.

It’s simple. Such weapons were already in circulation, both legally and illegally. It’s a point that must be brought up again and again in the ongoing debate. People like the Parkland school shooter are in a minority when it comes to gun violence.

While it is unequivocal that the gunman at Stoneman Douglas High School legally obtained the gun he used in the attack, the vast majority of guns that are used in the commission of a crime are “hot guns” which have been purchased on the black market.

This is especially true of AR 15 upgrades, those tricked out guns with aftermarket accessories like bump stocks and the like. Some criminals persuade another person to register such guns in their name so that the criminal can avoid leaving a paper trail. Others are smuggled across the border.

What this teaches us is that banning guns is not only unconstitutional but, also, counter-intuitive since lawmakers should be focused on ridding our streets of illegal guns instead of punishing responsible gun owners for isolated incidents.

Of the 33,000 gun-related deaths that occur every year in America, there is no evidence to suggest that passing legislation will limit the lethality of guns themselves. Furthermore, over 60 percent of people who die from guns die by suicide.

This is something that the liberal media has chosen to ignore in its coverage of the push for gun control, but it’s something worth talking about. Those figures point away from mass shootings and towards a different problem entirely.

There are common sense things that Americans should be doing. When it comes to school shootings, the most common sense thing of all is to foster an open dialogue with our children. Those who are educated about firearms are far less likely to use one to do harm.

Instead of denying guns to thousands because of the actions of a mentally disturbed teenager, we should be taking a more instrumental role in our kids’ lives. There is no reason to believe that a ban on assault-style rifles would prevent school shootings, but there’s plenty of reason to believe that being there for a kid when he’s troubled could.

Research has shown that 75 percent of students struggling with mental illness do not receive mental health services. The Safe Schools Initiative Report found that 87 percent of school shooters left behind evidence that they were victims of bullying.