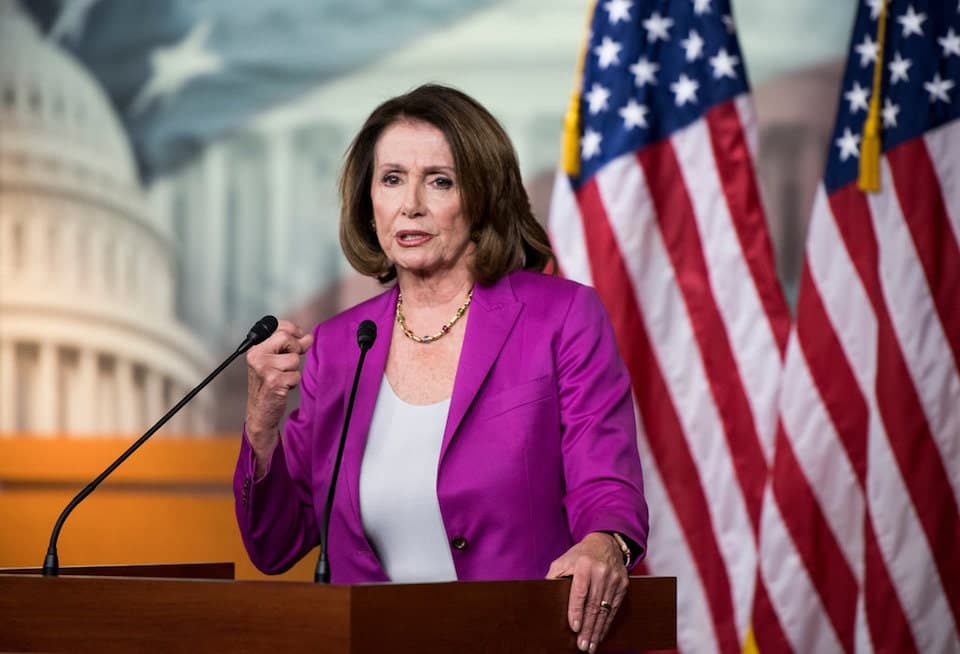 The 2018 midterm elections are now only a mere three weeks away, and talk and speculation is already brewing in regards to what will happen afterwards with the next Congress.

At a recent round table discussion in Broward County, Florida, House Minority Leader Nancy Pelosi (D-CA) promised that gun control would be one of the Democratic Party’s top priorities should they retake Congress, in addition to promising campaign finance reform and great drug price transparency.

Pelosi met with survivors of the Parkland shooting in Florida earlier this year and promised them that further change with America’s gun laws would come in the future.

“I admire you so much,” Pelosi said to the survivors. “You have the purpose, the generosity of spirit. You have the marchers — you have people who will go out there to make a difference — and you just have a relentless, persistent, dissatisfied approach.”

Currently, the Republicans are favored to maintain if not expand control over the United States Senate, but Democrats remain the strong favorite to retake the House of Representatives.

Considering the current political climate, if this were to occur it would be very easy to see significant gun control legislation pass the House, but far less easy for it to pass the Senate let alone be signed into law by Republican President Donald Trump.

At the round table discussion, Pelosi stated that she supports both the proposed re-instatement of the 1994-2004 Assault Weapons Ban, which would prohibit certain firearms such as the AR-15, and Universal Background Checks, but that the latter of the two would be far more realistic to actually become law.

“What saves the most lives is the background checks — keeping guns out of the hands of people who should not have them, whatever the weaponry,” Pelosi outlined.

How likely is it that more gun control measures such as universal background checks could become law if the Democrats win the House but don’t take the Senate?

Even though Republicans passed and President Trump signed into law the Fix NICS Act, which penalizing government agencies for failing to report to the NICS background check database, it still remains difficult to see significant gun control legislation becoming law, at least through President Trump’s first term that expires in January of 2021.

And while President Trump did order the Justice Department to reclassify bump stocks as machine guns to effectively make them illegal follow the Las Vegas shooting, the President has also indicated his opposition to an assault weapons on multiple occasions, a reversal from his position in 2000 where he directly stated that he supported such a ban.

That being said, several moderate Republicans have also shown much greater willingness to support increased background checks in contrast to other often proposed measures such as bans on semi-automatic rifles or ‘high capacity’ magazines, which means that Pelosi’s proposal of universal background checks could be a very real possibility in the upcoming years.