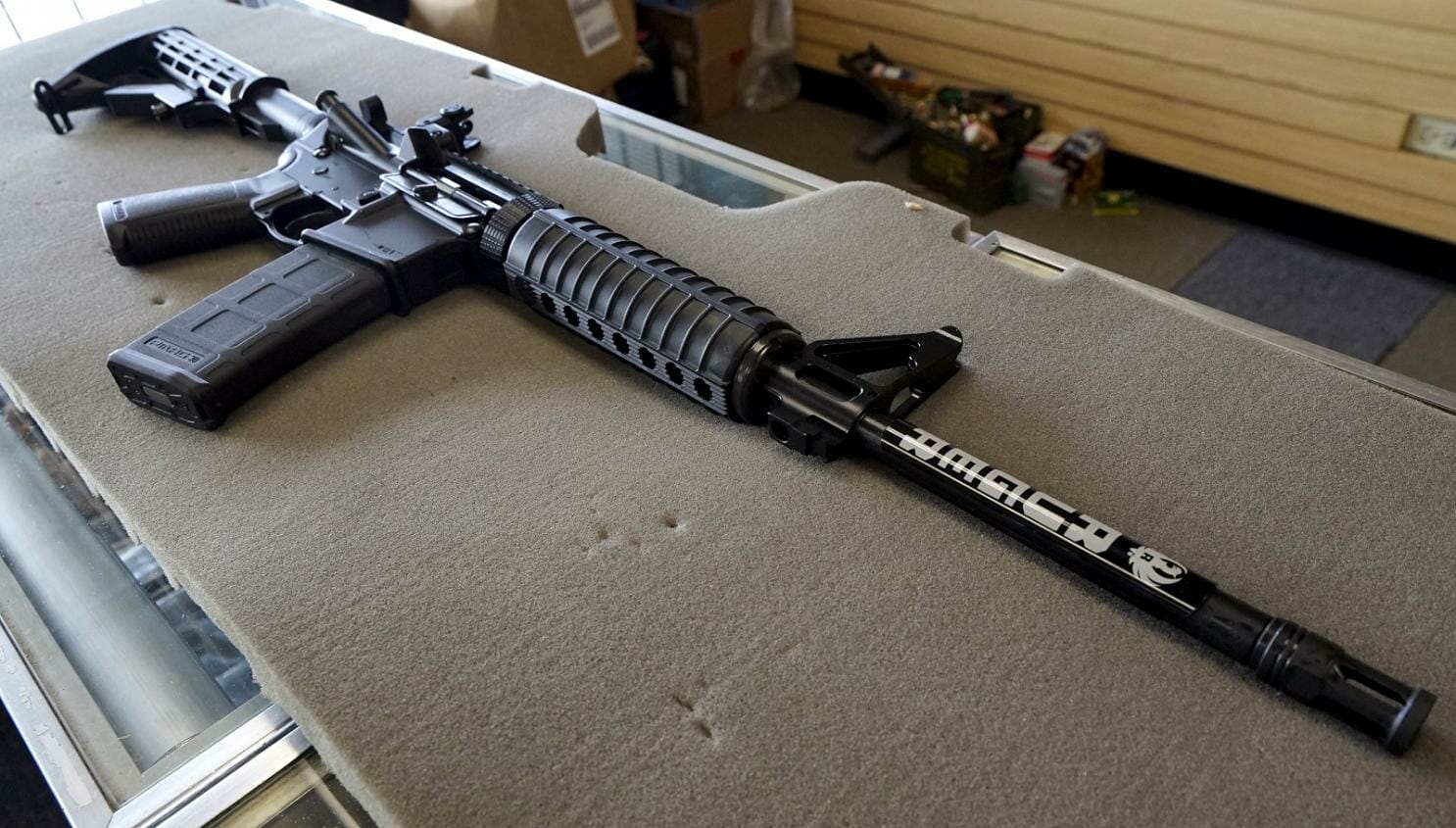 Ruger: The 5 Best Guns from One of the World’s Best Arms Manufactures

We break it all down.

One of the major benefits to the American public to come from the Modular Handgun System was the requirement for enhanced ergonomics. The pistol comes with three different backstraps to fit a wide variety of hand sizes, and the pistol is fully ambidextrous. Going forward, these features will likely become standard on handguns sold in the United States.

Sturm Ruger & Company, also known as Ruger Firearms, is one of the most well known and respected names in the American gun industry. Founded in 1949 by gun designers Bill Ruger and Alexander McCormick Sturm, the company started out producing an accurate and relatively inexpensive target pistol before branching out to other handguns and eventually long guns.

In 2016, the company reported manufacturing just under two million firearms, making it the second largest gun manufacturer in the U.S. Ruger is second only to Smith & Wesson in the handgun market and Remington in the pistol market. Here are five weapons that exemplify the company’s broad and varied line of firearms.

First launched in 2011, the Ruger American Rifle was designed to be an accurate, inexpensive, mass-produced bolt action rifle for the modern hunting market. The American Rifle incorporates a number of features that used to be the province of more expensive hunting rifles, but due to modern manufacturing techniques could be brought down to a lower price point.

The American Rifle includes three features that make it an attractive rifle out of the box. The barrel is cold hammer forged steel, for long barrel life. The Ruger Marksman Adjustable Trigger has a pull weight of 3-5 pounds, allowing the shooter to customize the pull to whatever they feel most comfortable. The lightweight, synthetic stock is free floated, meaning the barreled does not touch the stock past the rifle’s action. This prevents undue pressure from being exerted on the barrel that could throw off accuracy.

The Ruger American Rifle is chambered in a wide variety of calibers, from .270 Winchester to .338 Winchester Magnum and including the new 6.5-millimeter Creedmoor round.

One of Ruger’s most technically interesting new weapons is the Ruger LCR revolver. Introduced in 2009, the LCR was a new design that fully took advantage of the latest in polymer and metal technologies to create one of the lightest revolvers on the market.

The Ruger LCR weighs just 13.5 ounces unloaded, achieving significant weight savings with its combination polymer and aluminum frame. Although common in high capacity autoloading pistols, the use of polymers in handguns is unusual. The LCR uses polymer where metal-quality strength is not an issue, such in the grip frame, but uses aluminum in the rest of the frame. The revolver uses a steel cylinder to safely handle high chamber pressures.

The LCR is equipped with a five-round cylinder and is capable of shooting both .38 Special and higher pressure .38 Special +P rounds. The gun is just 6.5 inches long and—coupled with a dehorned frame and lack of an external hammer the gun—is easy to draw from behind clothing. A rubber Hogue grip fully encases the backstrap, making the revolver more comfortable to shoot.

Just as the Ruger American Rifle brought an inexpensive, accurate hunting rifle to the masses, so did the Ruger Precision Rifle. Built using modern manufacturing techniques, the RPR as it is known to fans is a quick way to get into the precision shooting hobby. Mated with a suitable optic, the RPR is capable of consistently making accurate long distance shots right out of the box.

Introduced in 2015, the Ruger Precision Rifle is based on the action of the Ruger American bolt action rifle inserted into an aluminum chassis of Ruger’s own manufacture. The Ruger also uses the same three lug bolt action for quick and positive lockups, as well as a cold-hammer forged steel barrel. The barrel is finished off with the Ruger Hybrid Muzzle Brake, which minimizes barrel flash while lessening noise and pressure waves to the left and right of the shooter—a welcome addition to those who regularly shoot from crowded shooting ranges.

The Ruger Mini-14 is one of the company’s most popular weapons. Essentially a scaled down M-14 battle rifle chambered in .223 Remington, the Mini-14 is the quintessential general-purpose semi-automatic rifle, used by ranchers, police forces, and shooters who need a durable, rough-use long gun capable of quick follow-up shots.

Developed by Bill Ruger and firearm designer James L. Sullivan in the late 1960s, the Mini-14 is a short-stroke, gas piston rifle with a rotating bolt. In that respect, it is similar to the M-1 Garand, M-14, and even the AK-47. The Mini-14 weighs 6.39 pounds unloaded, has a practical rate of fire of 40 rounds per minute and can accept 20 and 30 round magazines.

The Mini-14’s does not have a pistol grip, meaning it was not affected by the 1994 to 2004 federal assault weapons ban. In 1987, Ruger released a version chambered in 7.62×39, giving users a gun capable of using Chinese and Soviet exported ammunition and a weapon that met the minimum caliber standard for deer and similar-sized game. Recently the company released a Mini-14 in .300 Blackout, a new round that offers superior ballistic performance at short range.

Although one of the largest gun manufacturers in America, a U.S. military contract has eluded Ruger. The company designed and released the Ruger American Pistol to compete in the U.S. Army’s Modular Handgun System, a contract that would replace the U.S. Army—and later the entire U.S. military’s—arsenals of M9 Beretta handguns with a new, modern pistol.

Ruger’s pistol didn’t win the Army contract, but it was released to the civilian market in 2015. Released as the American Pistol, the gun is a striker-fired double action pistol with a trigger weight of 5.5 pounds. A locked breech and short recoil pistol, at its heart, is a stainless steel removable chassis. Matched Ruger’s polymer grip and steel frame, the pistol has an overall length of 7.5 inches and a weight of 30 ounces. New compact versions shed some length and weight to make a weapon more suitable for concealed carry. The pistol is available in 9-millimeter and .45 ACP.

One of the major benefits to the American public to come from the Modular Handgun System was the requirement for enhanced ergonomics. The pistol comes with three different backstraps to fit a wide variety of hand sizes, and the pistol is fully ambidextrous. Going forward, these features will likely become standard on handguns sold in the United States.

The main source of this article is: Ruger: The 5 Best Guns from One of the World’s Best Arms Manufactures