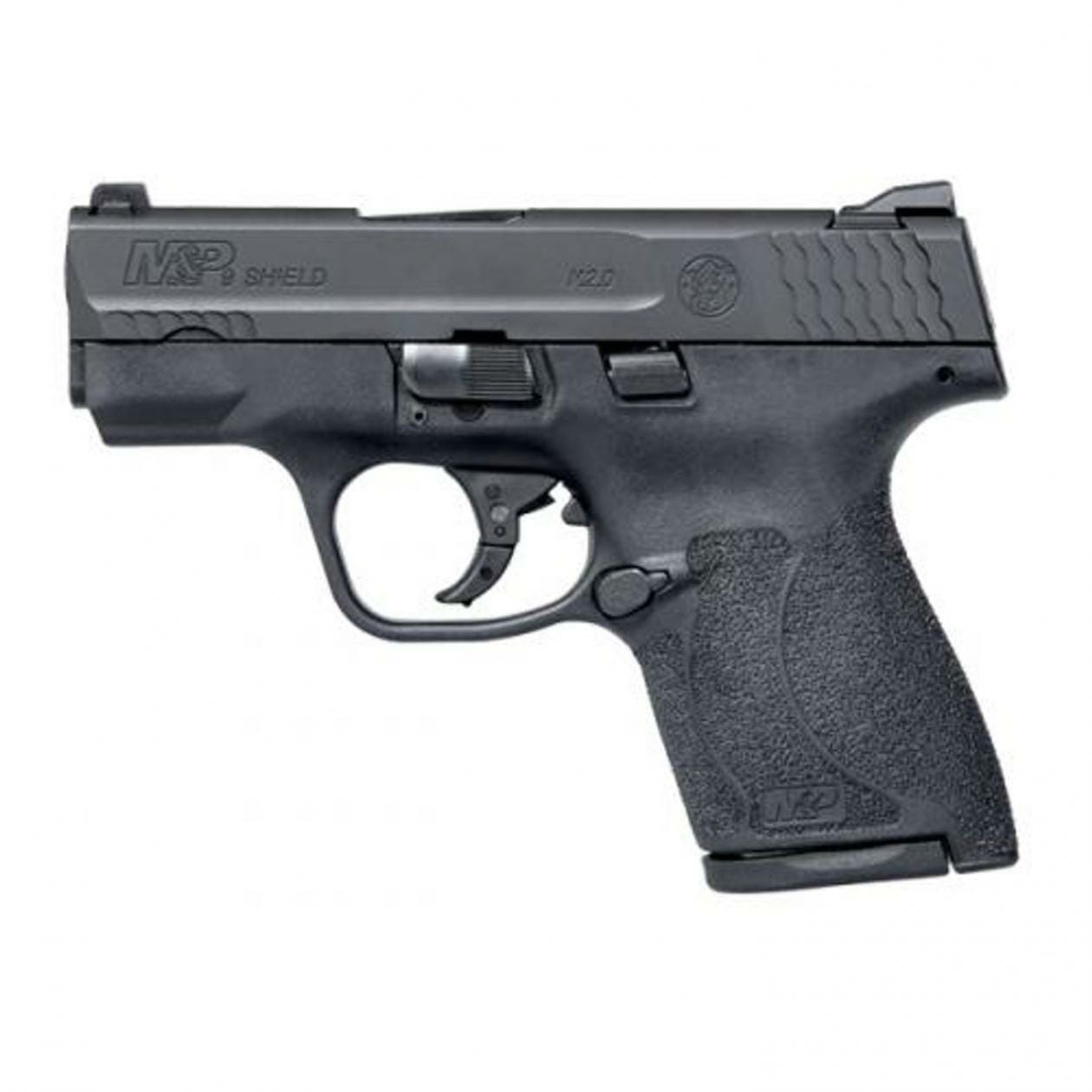 Sig Sauer and Glock Won’t Like This: Check Out Smith & Wesson’s M&P Shield 2.0

The M&P Shield 2.0 is available in nine-millimeter with a seven-round flush magazine or an eight-round magazine that protrudes slightly from the magazine well.

In 2017, Smith & Wesson refreshed its Military and Police Shield (M&P Shield) series of compact handguns. The result was the M&P Shield 2.0. The M&P Shield 2.0 has all the features of a full-sized pistol in a package small enough for concealed carry. Smith & Wesson also offers the pistol in a wide variety of configurations, from caliber to ergonomics and aiming devices, allowing prospective buyers to pick the version that’s right for them.

The M&P Shield 2.0 is 6.1 inches long with a 3.1-inch barrel. Although Smith & Wesson considers this a compact pistol dimensionally it’s more along the lines of subcompact pistols offered by industry competitors such as Glock and Sig Sauer. The pistol weighs 18.3 ounces unloaded, making it one of the lightest pistols of its kind of the market. Smith & Wesson achieves this by combining a polymer frame, which requires rigidly but not pressure-resistant strength, with an embedded steel chassis that encases the trigger group and action. The frame and barrel are made of stainless steel finished in a black Armornite finish to resist rust and corrosion.

This first appeared in April 2019.

Another key requirement for concealed carry users, a narrow pistol, is achieved by using single column magazines. Most full-size nine-millimeter handguns pack fifteen rounds or more by using a double stack column that greatly increases the number of rounds a handgun can store. The downside is a wider grip that, although perfectly fine for duty carry, makes it more difficult to conceal on a person under clothing. The use of a single column magazine allows the M&P Shield 2.0 to have a width of just .99 inches.

A striker fired pistol, the M&P Shield 2.0 uses a striker instead of a hammer to strike a firing pin, discharging the pistol. The pistol includes a manual thumb safety. Unlike other striker fired pistols, the Shield 2.0 allows for disassembly without pulling the trigger, an important safety feature that adds a measure of safety to the takedown process. Some models include interchangeable palm swell grips of varying sizes to accommodate different hand sizes, allowing the user to create a custom fit.

The M&P Shield 2.0 is available in nine-millimeter with a seven-round flush magazine or an eight-round magazine that protrudes slightly from the magazine well. The latter holds an additional round and also provides a fuller grip for larger hands. Alternately, the pistol is available in .40 Smith & Wesson and .45 ACP versions that hold six and seven rounds, respectively, in similar magazines.

The M&P Shield 2.0 is one of the most popular compact handguns on the market, and it’s not hard to see why. The wide variety of choice, from ergonomics to aiming devices, makes it clear that Smith & Wesson is paying attention to market trends and user choice.

The main source of this article:Sig Sauer and Glock Won’t Like This: Check Out Smith & Wesson’s M&P Shield 2.0