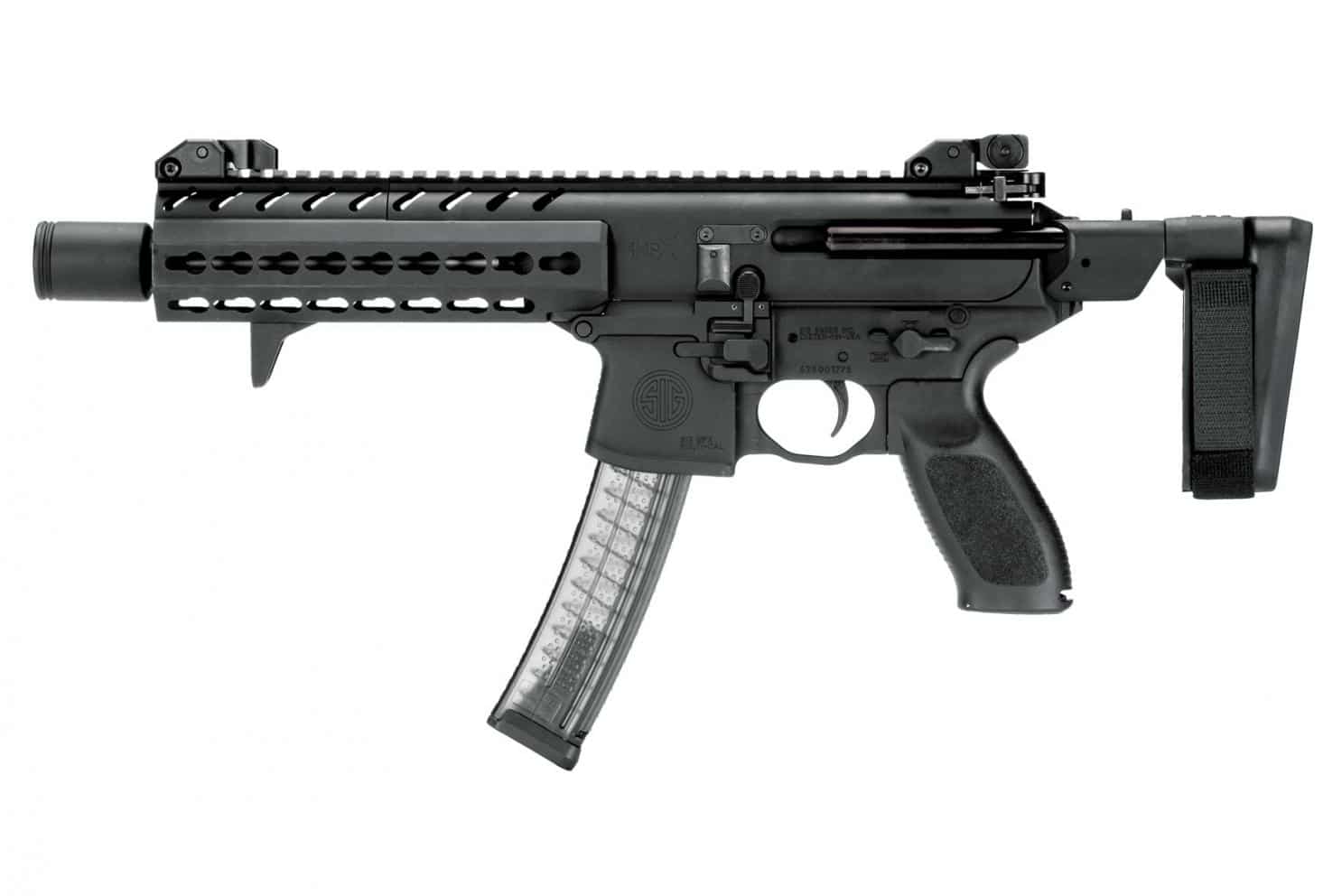 In shrinking the gun down, SIG may have gone a bridge too far. While the U.S. Army SCW wanted a tiny SMG for the PSD role, stocked pistols or more svelte guns may be a better choice.

SIG’s “Copperhead” pistol is one of the smallest guns of its type on the market. With a 3.5 inch barrel and an MSRP of over 1800 dollars, the gun is a very niche product. The odd design is a result of being built for the U.S. Army’s subcompact weapon (SCW) project. Unfortunately for SIG, the competing B&T APC9K won the contract. But does the Copperhead have wider appeal?

The SCW project was meant to provide U.S. Army personal security details (PSDs) with a compact nine-millimeter submachine gun (SMG) capable of being concealed in a very small space. Submachine guns have a long tradition of being used in such roles.

The U.S. Secret Service used the Uzi, which featured a folding stock, as a PSD weapon. But as firearms technology advanced, the open bolt nature of the Uzi came to be considered a liability, as it could cause the gun to discharge when dropped and was less accurate than closed bolt designs.

The next wave in concealable nine-millimeter submachine guns was the H&K MP5, which featured a roller-delayed blowback system for smooth recoil and a highly modular design. The MP5 is still widely used for PSD-type work worldwide, especially in the ultra-short MP5K configuration.

In the 1990s and early 2000s, nine-millimeter gun was looking obsolete. New cartridges, which resembled miniature rifle rounds like FN’s 5.7mm and H&K’s 4.6 millimeter were packed into compact guns like the MP7 and P90 for personal defense. These were quickly snatched up by organizations that did PSD work, as they were compact and could defeat threats in body armor.

But around the early 2010s, something changed again. The nine-millimeter SMG saw a resurgence, with designs like the Scorpion EVO 3 (2009), SIG Sauer MPX (2013), and B&T APC9 (2011) coming out. Part of the reason was the continued popularity of the MP5 in Europe and Asia. Many companies saw the opportunity to grab some of those sales for themselves.

The MPX’s special sauce is its short-stroke gas operating action, which allows the gun to be “tuned” to a specific type of ammunition to lower wear on parts and reduce recoil. The gas operation also allows the bolt mass to be lower compared to straight blowback designs, so the gun shifts around less in the user’s hand when firing.

However, this comes at a cost. The MPX is significantly more expensive than the blowback Scorpion EVO 3 due to the complexity of the gas system.

The Copperhead is the MPX’s design taken to its logical extreme as a PSD gun. With a barrel shorter than that in most compact pistols (a Glock 19 has a barrel of around four inches), the Copperhead is extremely short. It also features SIG’s special miniature pistol grip, which is also used on their compact Rattler carbine.

But in shrinking the gun down, SIG may have gone a bridge too far. While the U.S. Army SCW wanted a tiny SMG for the PSD role, stocked pistols or more svelte guns may be a better choice. Compared to ultracompact variants of the Scorpion and APC9, the SIG Copperhead appears to have more wasted space or bulk. This is no accident, as the MPX is designed to accept trigger groups and grips from standard M4 or AR-15 style rifles. But when the MPX is scaled down to the ultracompact level, it results in a design that looks a bit too big for what it offers.