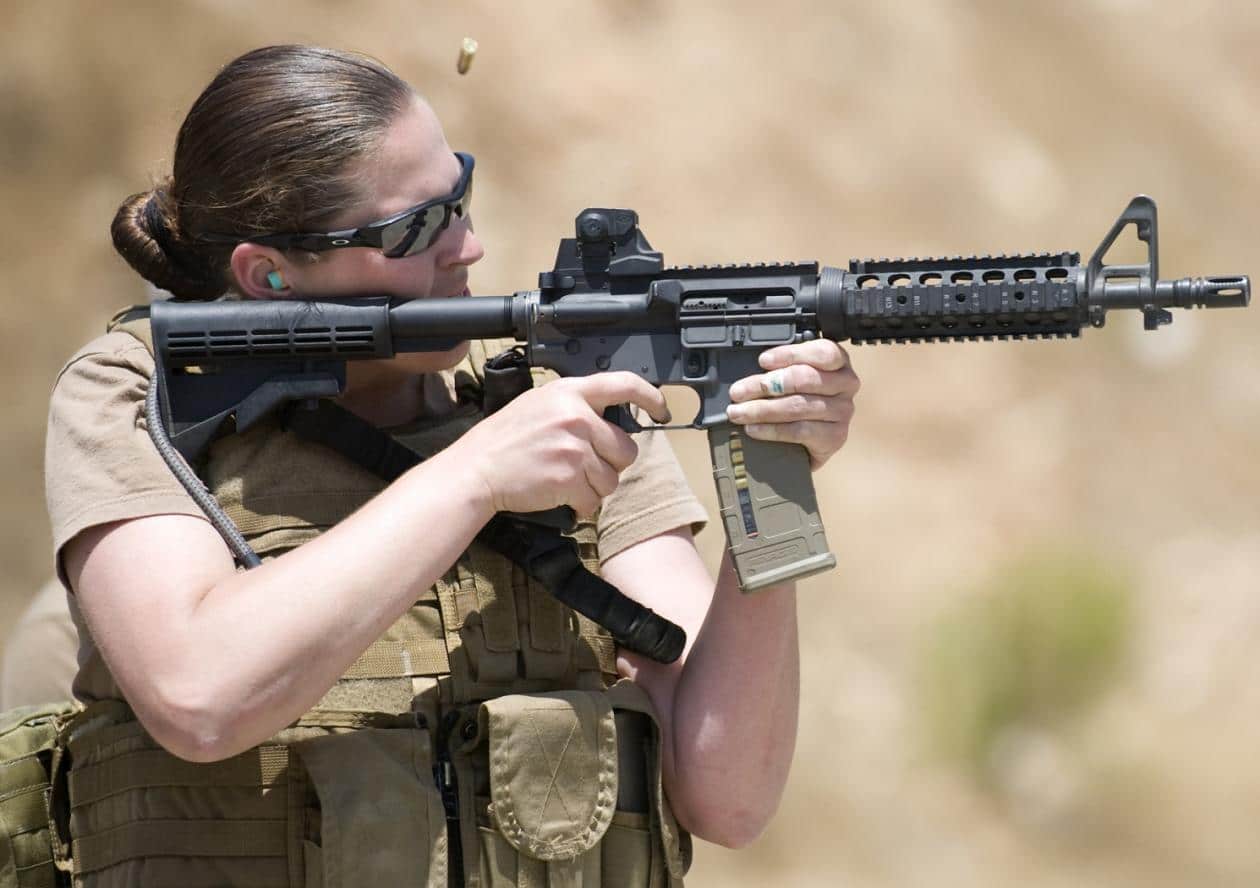 With a goal of equipping its first unit with the platform by fiscal year 2022, the Army has kicked the acquisition process into high, Caggins said, with the dual PONs posted with the intent of having prototypes ready to testing by June 2019.

The Army isn’t on the hunt for any old rifle for it’s Next Generation Squad Weapon program — it’s looking to spark a “revolution in small arms” on par with what the iPhone did to consumer electronics.

At least, that’s how Army officials at the Armament Research, Development and Engineering Center (ARDEC) at the Picatinny Arsenal in New Jersey described their overall goal in a conversation with Task & Purpose following the release of a formal Prototype Project Opportunity Notice calling on industry partners for a rapid prototyping and testing run of the brand-new platform.

“Imagine that Steve Jobs and his engineers were trying to convert the iPod Touch to the first 3G iPhone,” said Army Col. Elliott Caggins, project manager for soldier weapons. “There were a thousand technologies they could have put in the first iPhone but they were looking to mature the platform before they could actually go onto the system.”

Rather than slap future additions onto an outdated platform like the service’s current M4A1 improvement program, the Army wants future capabilities baked into the NGSW from the get-go in a “one end-all solution” to replace both the M4 and the M249 Squad Automatic Weapon. Call it firing for effect for the acquisition process; the first PON was meant to gather critical industry data before a second PON refined the requirements for the rifle.

This logic of the platform, Caggins said, was reflected in the unusual run-up to the January PPON. As Task & Purpose previously noted, the January notice followed an initial draft notice in November 2018. While several defense contractors previously received separate contracts under the NGSW program, those prototypes aren’t for play; they’re “totally intended to determine if industry could deliver from the performance and manufacturing standpoint,” Caggins said.

The January notice, on the other hand, is the real “no-kidding agreement,” as Caggins put it — and one of three companies selected by the Army will ultimately end up cinching the contract to actually produce the weapon in all its glory.

“We have hundreds of capabilities we can put into this weapons system, but we want to do it by holistically creating a system that that takes advantage of everything we’ve done in the past,” he added. “This means its capabilities will only grow, just as the iPhone’s did.”

Those capabilities, according to Arthur Fiorellini, NGSW team leader, include:

“The operator, as he lases the target, instantly gets an aim point and the system adjusts for ballistics instead of the operator trying to figure things out,” Fiorellini told Task & Purpose. “A dot is displayed on the optic that the operator just puts on the target and everything else is taken care of … the processor takes all of the information and boils it down.

The NGSW team has some fascinating capabilities in mind for the future as well, namely “aim augmentation” not unlike the auto-aim rig that ARDEC researchers showed off in May 2017.

“It could be wind sensing, stabilizing platform, interrupted trigger so it only fires when on target,’ Caggins told Task & Purpose. “We’re working the technology now and working to mature them and look to add in … we’re not done working once it’s fielded.”

This is all to say nothing of the 6.8mm round required in the Army’s PPON. According to Caggins, that rounds will integrate elements of the new 130 grain M80A1 Enhanced Performance Round developed by the Army to defeat 5.56mm-resistant body armor downrange. Indeed, the NGSW team is looking for a prototype that has a suppressor base in order to compensate for the intermediate round.

“It’s a higher caliber and a louder system, so the suppressor will help operationally,” Fiorellini told Task & Purpose.

With a goal of equipping its first unit with the platform by fiscal year 2022, the Army has kicked the acquisition process into high, Caggins said, with the dual PONs posted with the intent of having prototypes ready to testing by June 2019.

But despite the desire to field the NGSW as quickly as possible, there’s one element that’s critical to the process: soldier input. Fiorellini told Task & Purpose that the NGSW team is working with hundreds of soldiers across military occupational specialties and skill sets for feedback on everything from reliability to ergonomics.

“Our assessment of the threat we need to be prepared for is to engage multiple targets on the battlefield over extended ranges, a shift from COINI to near-peer,” Caggins said. “This is for a population in the Army that engages in close combat, and with this program, we’re experiencing a revolution in small arms.”

Original article source: The Army Wants the ‘iPhone’ of Rifles for Its Next Squad Weapon