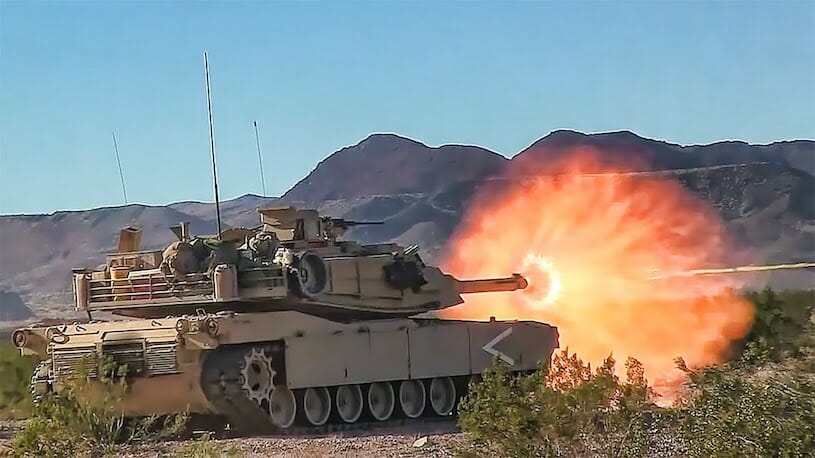 A single emerging US Army Abrams tank round is engineered to attack and destroy enemy tanks, bunkers, concrete walls, light armored vehicles and even small groups of enemy fighters – by enabling crews to instantly adjust its explosive effect within seconds.

The Army’s Advanced Multi-Purpose 120 mm ammunition round is being prepared for a far-superior M1A2 SEP v4 Abrams tank variant for the 2020s and beyond — designed to be more lethal, faster, lighter weight, better protected, equipped with new sensors and armed with upgraded, more effective weapons, service officials said.

The AMP round, according to Northrop Grumman and Army developers, will replace four tank rounds now in use by consolidating various possible blast effects into a single round, using variable “fuse” adjustments and an advanced Ammunition Data Link.

The first two rounds being consolidated into the AMP are the M830, High Explosive Anti-Tank, or HEAT, round and the M830A1, Multi-Purpose Anti -Tank, or MPAT, round. The latter round was introduced in 1993 to engage and defeat enemy helicopters, specifically the Russian Hind helicopter, Army developers explained. The MPAT round has a two-position fuse, ground and air, that must be manually set.

The M1028 Canister round is the third tank round being replaced. The Canister round was first introduced in 2005 by the Army to engage and defeat dismounted Infantry, specifically to defeat close-in human-wave assaults. Canister rounds disperse a wide-range of scattering small projectiles to increase anti-personnel lethality and, for example, destroy groups of individual enemy fighters.

The M908, Obstacle Reduction round, is the fourth that the AMP round will replace; it was designed to assist in destroying large obstacles positioned on roads by the enemy to block advancing mounted forces, Army statements report.

The new Ammunition Data Link helps tank crews determine which round is best suited for a particular given attack. Northrop documents describe the Ammunition Data Link as enabling “direct communication from the tank fire control to the cartridge chambered in the breech.” It uses a mechanical-electrical interface, and “communication is enabled when the round is chambered and the tank is armed.” 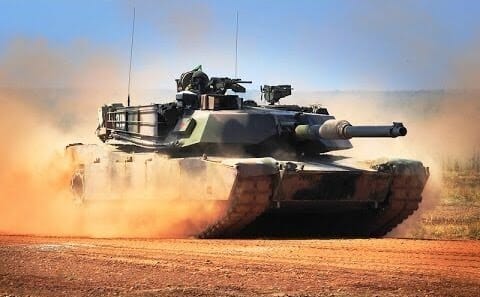 In a 2016 Army statement on AMP, quoting a senior program manager, describes it impact this way…. “Right now our crews face the dilemma as they go into combat of deciding what rounds to load in the turret and carry in the gun. If they choose wrong, they could have a mismatch between target and ammunition, which will cost them valuable seconds while in enemy contact.”

Using a variable fuse, the round is able to adjust its attack effects to meet specific targets. It uses an Air Burst round which can be programmed to detonate at a particular point in the air; this works well if there are enemy fighters or vehicles in defilade, as it can explode in the direct vicinity of a target, disperse projectile and fragmentation and initiate a lethal explosion to hit targets otherwise inaccessible.

For instance, if there were a group of enemy fighters gathered inside a building which could be seen through a window, the tank could fire an airburst round directed to explode in the middle of the area where the targets are. The burst range is set by tank fire control, according to Northrop Grumman information.

Northrop data also explains a second adjustment, called “Point Detonate,” wherein the AMP round is set to explode upon impact. This is particularly effective against light and heavy armored vehicles, as the initial explosion can break through exterior to cause the maximum amount of damage.

The “Point Detonate” round can breach walls in support of dismounted Infantry operations. Information from developers say the round can penetrate up to 8-inches of what’s called a Double Reinforced Concrete Wall. The fuse can also achieve a “Point Delay” effect, setting the fuse the penetrate after have penetrated a certain target or exterior. Finally, a “Default” setting which aligns the round to fire in “Point Detonate” mode if not otherwise set by the ADL.

“This ability to shave seconds off the first effective engagement can mean the difference between life and death,” a senior program manager said in the same Army report.

This article originally appeared here on National Interest and is shared with permission. The Army’s New Tank is Getting a New Bullet That Destroys Everything.