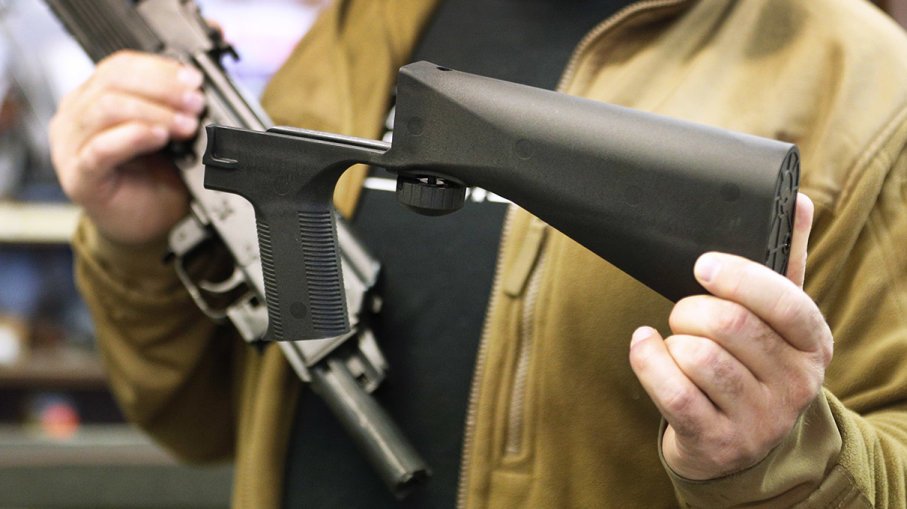 Last Friday, on December the 18th, the Justice Department officially banned bump stock devices under direction from President Donald Trump. Under the new law, it will be illegal to use or possess such a device, and current owners of them will have ninety days to either destroy them or surrender them to the authorities.

The bump stock device is simply an attachment to a semi-automatic rifle, such as an AR-15 or AK-47, that then enables the weapon to mimic fully automatic fire.

While bump firing a semi-automatic firearm is already possible without the aid of a bump stock or any similar device, utilizing the device does make mimicking the fully automatic fire easier.

The new rule reads as follows:

Many gun rights organizations such as the Gun Owners of America filed lawsuits against the Federal government in an effort to stop the ban, which indicates that the issue may be tied up in the courts for years.

The ATF estimates that up to a half million bump stock devices have been sold at online gun stores and local gun shops since the announcement..

While the devices were originally obscure and largely unknown to the majority of the American public, they took center stage in the gun control debate following their use in the Las Vegas shooting in late 2017, the deadliest mass shooting in United States history.

In March of 2018, President Trump indicated repeatedly stated that he would ban bump stocks by directing the Department of Justice to do so. Trump argued that the devices turn ‘legal weapons into illegal machines’ and that President Obama failing to prohibit the devices was a ‘bad idea.’