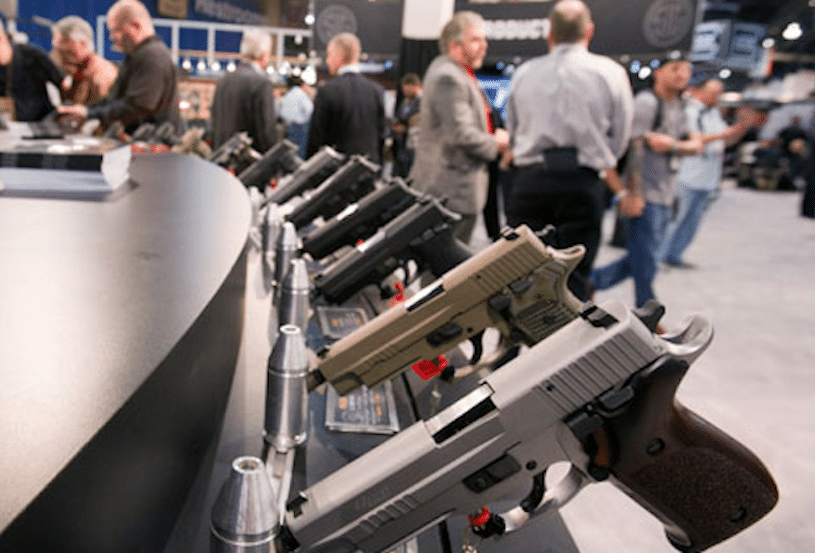 California’s gun laws are already among the strictest in the nation, if not the strictest. And now there’s a big new gun law that is being proposed by Democratic Assemblyman Marc Levine: taxation on all semi-automatic firearms.

The concept is not a new one, as certain cities in America such as Chicago and Seattle already have a tax.

Levine introduced the proposal as a response to the recent Thousand Oaks shooting and argued that it would reduce the number of gun deaths. As far as the revenue from the taxation is concerned, Levine’s bill would have it directed to gun violence prevention programs, and specifically at least to the California Violence Intervention and Prevention Program.

While it’s not sure what the taxation rate would be on semi-automatics, if it’s similar to Chicago and Seattle, it would likely be around $25 or so per firearm.

The city of Detroit is considering enacting a mental health background check and limit on the amount of ammunition that can be purchased at once. The legislation was passed by a unanimous voice vote by city lawmakers a few weeks earlier, though it has yet to become official law.

New York is currently considering a host of new gun control laws to add onto their already strict measures. Democratic Governor Andrew Cuomo has expressed strong interest and enthusiasm for a number of the bills that are being considered, including:

Bump Stock Ban – Under current New York state law, it is legal to own, sell, or buy a bump stock within the state, but it is illegal to attach them to a gun and to use them. The new bill being considered would ban possession of bump stocks entirely, which may not even be necessary since the Federal government is highly likely to ban them nationwide after President Donald Trump directed the Department of Justice earlier in the year to do so.

Waiting Period – Under current New York law, a person must wait three days to receive a firearm after purchasing one. New legislation being considered by lawmakers would extend that to ten days.

Red Flag Bill – out of all of the gun control laws being considered in New York, this is the one that Governor Cuomo has expressed the greater enthusiasm in signing, going as far as to call it a top priority for the next legislative session. Basically, the bill would allow family members, law enforcement officers, and school officials to get a court order to block someone from possessing a firearm within the state.

Social Media Probe – Democratic New York State Senator Kevin Parker introduced a bill that would require people seeking to buy a handgun to surrender their internet search history and social media passwords to the state for review before they can buy a handgun. This proposed law has gained a lot of controversy for being an invasion of privacy, and it also has the least amount of support in the legislature (at least as of now).

One thought on “What New Gun Control Measures Are Being Considered?”