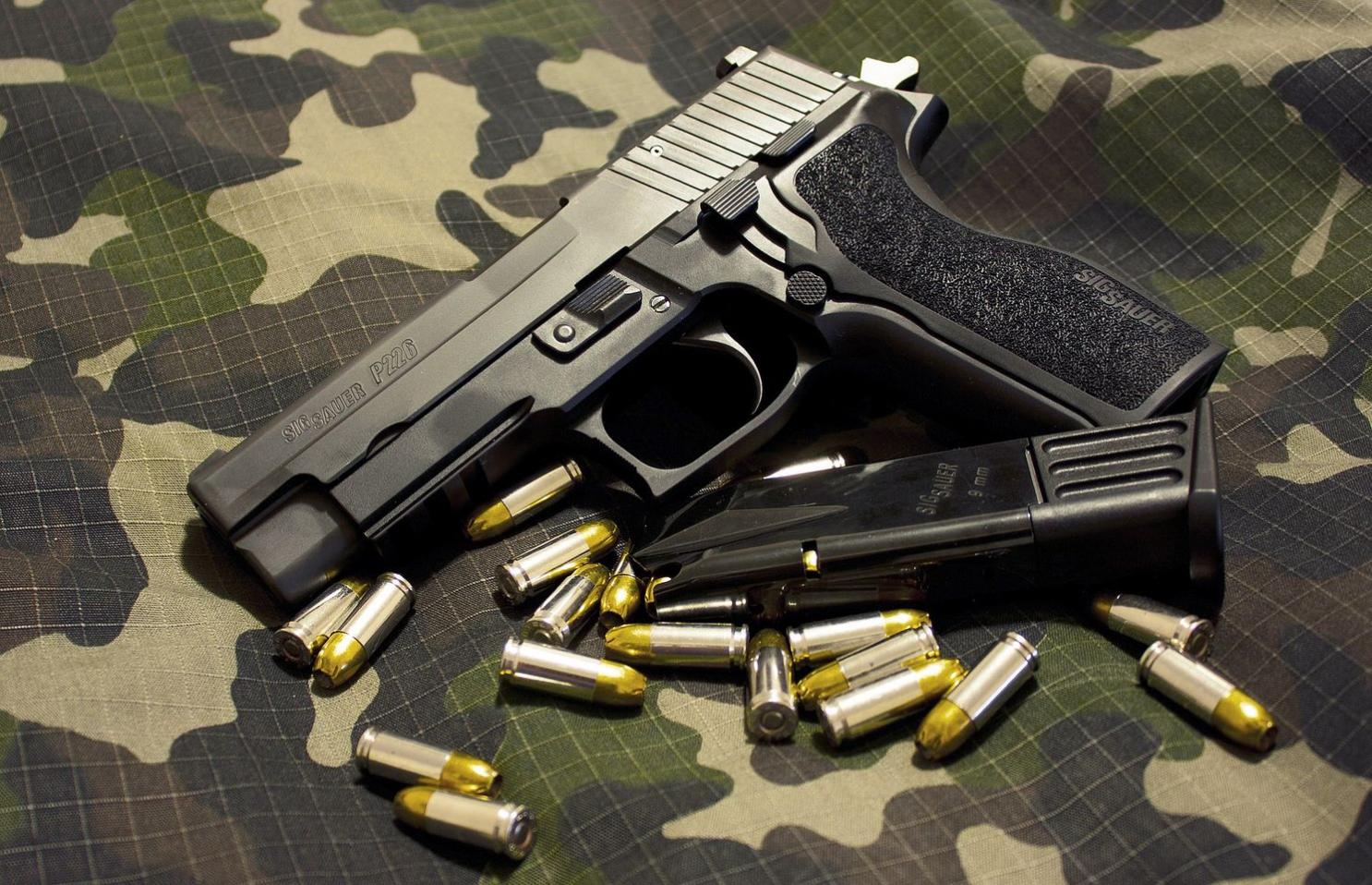 The P226 was promptly put into extensive environmental trials that simulated the operating environment of SEAL units, including immersion in sand, salt water and mud. Perhaps wary of recruiting another pistol with slide cracking problems, the SEALs put five test pistols each through a thirty-thousand-round endurance test.

For three decades, the U.S. Navy’s Sea Air Land (SEAL) special-forces teams relied on a pistol apart from the rest of the American military. While the Army, the Marine Corps and even the rest of the Navy toted the Beretta M9 pistol, Navy SEALs carried an entirely different handgun altogether: the Sig Sauer P226.

In the mid-1980s, the U.S. military finally moved away from the M1911A1 .45 caliber handgun to a new pistol, the Beretta 92FS. Known as the M9 in U.S. service, the Beretta was touted as a modern, safer, easier to shoot handgun with twice the ammunition capacity as the .45. The M9 was adopted by all arms of the military, including U.S. Navy’s elite SEAL Team Six. Trained for counterterrorism missions, Team Six operators honed their close-quarter shooting skills to a sharp edge, and during the 1980s it was rumored Team Six’s small arms ammunition budget was greater than that of the entire U.S. Marine Corps.

All of this meant that SEALs assigned to Team Six placed a great deal of wear and tear on their pistols. In 1986, a SEAL demonstrating the Beretta for a visiting VIP was injured when the rear portion of the pistol slide broke off, sending the slide crashing into the sailor’s face. Although the injury was relatively minor and only a few pistols showed signs of slide cracking (a deficiency Beretta later fixed), the SEALs wanted a new pistol.

Recommended: Uzi: The Israeli Machine Gun That Conquered the World

Recommended: The M4: The Gun U.S. Army Loves to Go to War With

Recommended: Why Glock Dominates the Handgun Market (And Better than Sig Sauer and Beretta)

According to small-arms historian Kevin Dockery, the SEALs tested the then new Glock 17 pistol as a possible replacement. The Glock did well in the so-called “salt fog test” that tested for metal corrosion, an important consideration given the tendency for SEALs to immerse themselves fully in salt water. Surprisingly, the Navy concluded that the Glock was “significantly less reliable than the Beretta M9 in other respects.”

Instead, the SEALs picked the P226 handgun. Developed by the German-Swiss arms manufacturer Sig Sauer for the competition to replace the M1911A1, the P226 had come in second place to the M9. The P226 was a variant of the company’s popular P220, the official sidearm of armies worldwide, from Switzerland (naturally) to Japan. The P226 was promptly put into extensive environmental trials that simulated the operating environment of SEAL units, including immersion in sand, salt water and mud. Perhaps wary of recruiting another pistol with slide cracking problems, the SEALs put five test pistols each through a thirty-thousand-round endurance test.

Sig Sauer itself had a great deal of history. A Swiss industrial company that makes everything from rail cars to handguns, Schweizerische Industrie Gesellschaft (SIG) was founded in 1853 in Neuhausen am Rheinfall, Switzerland, and was the brains behind the SIG P210 handgun. In 1976, SIG’s firearms division partnered with Sauer & Sohn. Sauer & Sohn was at the time Germany’s oldest firearms manufacturer, founded in 1751, and traditionally had an emphasis on sporting arms.

The P226 in SEAL service became known as the Mk. 25. The handgun was a derivative of the original Sig P10, a highly successful handgun in its own right, but updated with modern features. Like the 210, the 226 used the Petter-Browning locking system, which updated John Browning’s 1911 locking system with improvements made by Swiss engineer Charles Petter, including eliminating the barrel bushing and using a full length guide rod. The P226’s main competitor, the Glock 17, also uses the Petter-Browning locking system, as do many contemporary pistols.

The SEALs put in an initial request for eight hundred P226s and the first pistols, officially named Mk. 25, were fielded in 1989. The Mk. 25 has a 4.4-inch barrel, nearly half an inch shorter than the Beretta M9, and the handgun is chambered for nine-millimeter parabellum. The frame is made from a steel alloy, while the slide is made from stainless steel for increased strength, and the slide is finished in Nitron for corrosion resistance. The gun weighs two ounces shy of two pounds with a loaded magazine.

The Mk. 25 can be operated as either a single- or double-action pistol, and has a decocker for safely releasing the hammer without firing a round. Unlike the Beretta there is no manual safety—all of the mechanical safeties are instead incorporated into the fire-control system to prevent accidental discharge. The pistol magazine carries fifteen rounds in a double-stack configuration. While this increases the amount of firepower the Sig can dish out, it also widens the pistol grip, making it less ergonomic for individuals with smaller hands.

The Mk. 25 has been a constant companion for SEALs over the past three decades, including operations in Panama, Somalia, Haiti, the Balkans, Iraq, Afghanistan, Syria and other countries. In late 2015, Naval Special Warfare Command made the decision to add the Glock 19, the compact nine-millimeter version of the Glock series of handguns, to the SEALs’ handgun arsenal. While Mk. 25s will carry on, the SEALs will gradually replace them with newer Glocks. Sig Sauer had a good quarter-century run arming America’s naval commandos, and now the torch is passed to Glock.

Original Image Source: Why Sig Sauer’s P226 Is Still Considered One of the World’s Best