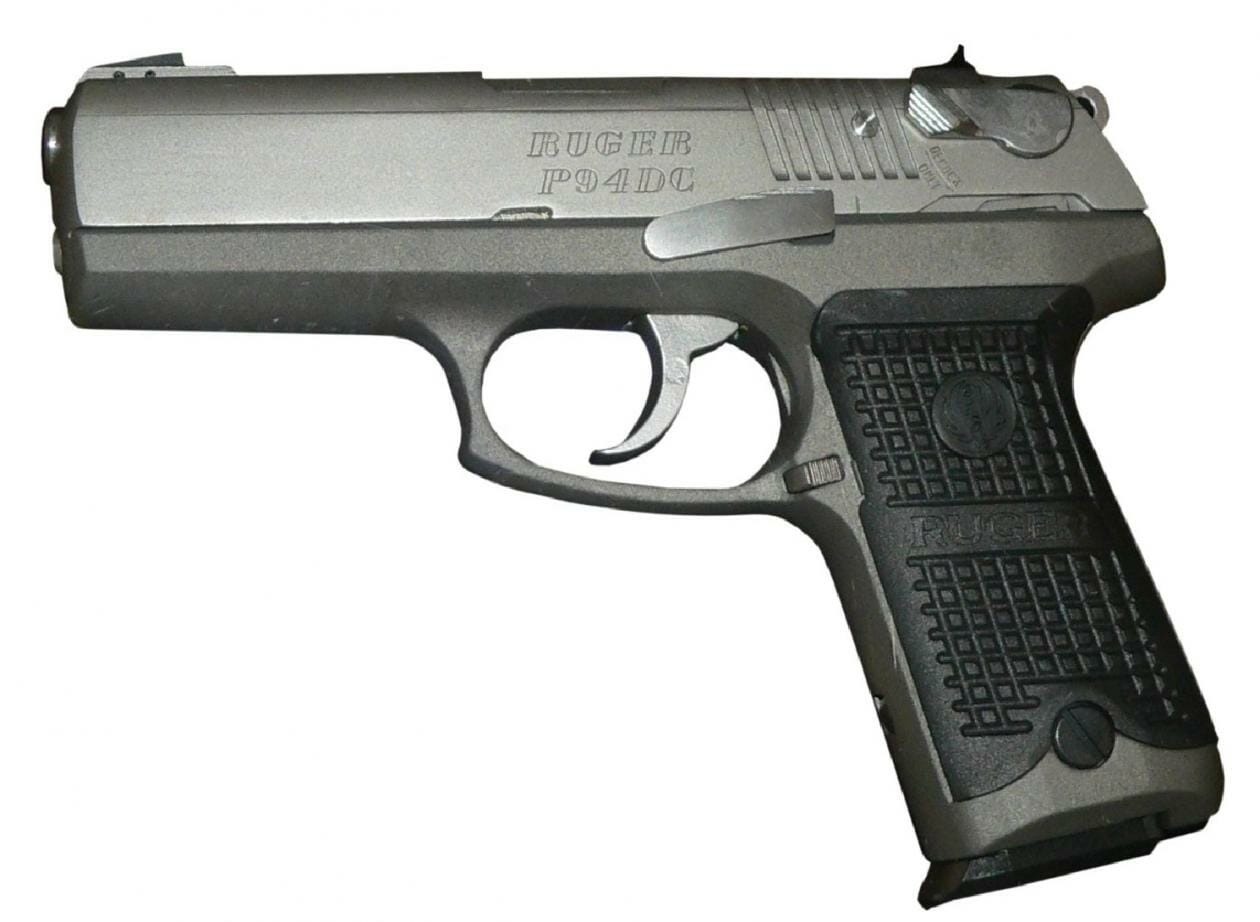 The use of the wider .40 S&W however reduced magazine capacity significantly, from the fifteen rounds of the nine millimeter P85 to just ten rounds in the P94. The .40 S&W round was seen as a middle ground between what many considered an anemic nine millimeter round and heavier .357 Magnum and .45 ACP pistols and revolvers.

During the 1980s, an invasion of European nine-millimeter handguns washed over the United States, achieving swift victories in the American handgun market and capturing large market shares. One of the first American counterattacks against this invading force was the Ruger P-series semiautomatic handgun. The P-series was ultimately exemplified by the P94 handgun.

Much like the 1960s saw the “British invasion” of pop music into the United States, the 1980s saw a similar invasion of the so-called European “Wonder Nines”—a slew of black, high capacity, nine-millimeter semi-automatic pistols. Wonder Nine pistols were typically nine-millimeter handguns made of polymer and aluminum, resulting in strong but lightweight firearms, often with magazine capacities fifty percent larger than their American equivalents.

The “Wonder Nines” overwhelmed the American firearms industry by introducing something totally new—and at an affordable price point. They also built up considerable cachet: the Glock 17 handgun benefitted from allegations it was “undetectable” in airport metal detectors (it wasn’t) while the Beretta 92SB-F distinguished itself by becoming the official handgun of the U.S. Armed Forces.

One of the first American guns to counter the European invasion was the Ruger P-series. First released in 1987, the Ruger P85 wasn’t the most elegant looking of handguns, but it was rugged and dependable. The P85 had been developed by Ruger for the Pentagon’s Joint Service Small Arms Program (JSSAP) handgun competition. JSSAP’s mission was to field a new handgun to replace a raft of service handguns across the army, air force, marines and navy, particularly hundreds of thousands of World War II-era M1911A1 series handguns.

The P85 failed to win the JSSAP project—the contract went instead to Beretta—but the gun was released to the civilian market. There it was known as a dependable, rugged, affordable handgun that was easy to disassemble for cleaning. The slide, barrel and internal parts were all made of stainless steel, while the frame was made of aluminum. The only plastic used in the P85 was for the grip panels. Normally a double action handgun, it also had an exposed hammer for single action use. It had a noticeably chunky exterior typical of late twentieth century Ruger handguns, which tend to be slightly overbuilt.

In 1994, Ruger came out with the P94 handgun. The P94 represented a maturation of the P-series design that benefited from seven years of being on the market. The gun’s blocky features were trimmed back quite a bit, resulting in a sleeker, more modern-looking weapon. The slide in particular, which looked like something from a 1940s-era handgun, became more monolithic and plain-looking—and in this case, plain was definitely better. The ribbed grip panels, which looked antiquated in the 1980s, were replaced with a more contemporary waffle pattern.

Internally, the P94 differed only in caliber. The P94’s primary difference from earlier P-series guns was being designed to shoot the new—at the time—.40-caliber Smith & Wesson cartridge. Introduced in the 1990s, the .40 Smith & Wesson was typically slower than a nine millimeter Parabellum pistol round (1074 vs 1138 feet per second) but delivered more muzzle energy (423 foot-pounds vs 357 foot-pounds). The use of the wider .40 S&W however reduced magazine capacity significantly, from the fifteen rounds of the nine millimeter P85 to just ten rounds in the P94. The .40 S&W round was seen as a middle ground between what many considered an anemic nine millimeter round and heavier .357 Magnum and .45 ACP pistols and revolvers.

The .40 S&W round’s popularity has receded in recent years, due to what many consider an unpopular recoil action and the marketing of more lethal nine-millimeter ammunition. The P94 itself was discontinued in 2004, ten years after the first introduction, and today in its place Ruger offers the SR40 pistol.

The Ruger P94 was a historically underrated handgun. Although eventually outdated by more modern designs, it was accurate, rugged and reliable. It is still well regarded by Ruger aficionados and was an important stepping stone to the company’s contemporary line of pistols.