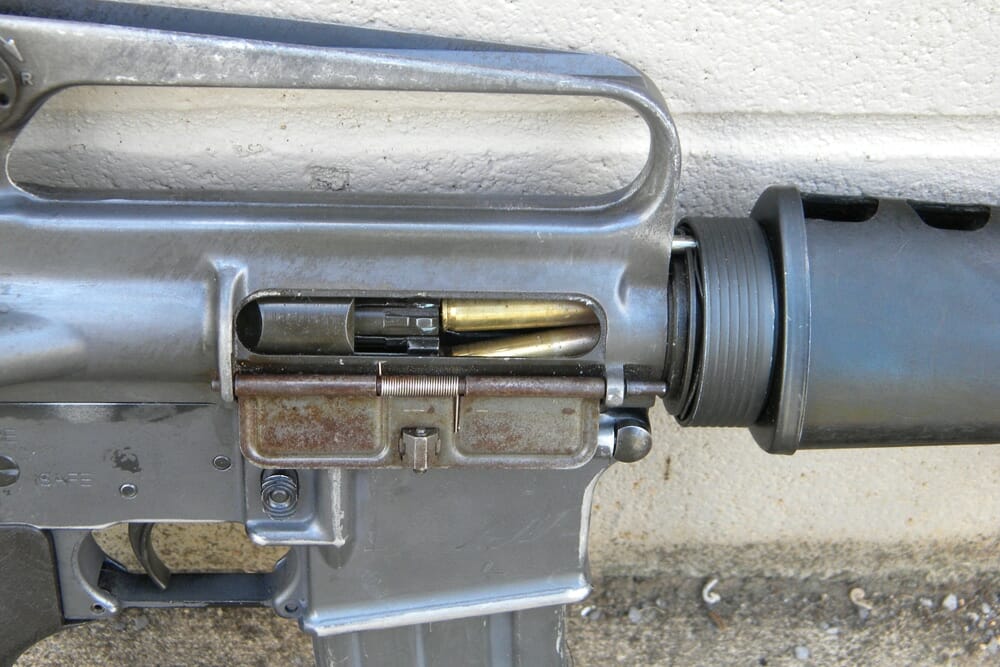 How To Fix AR-15 Malfunctions

Whether you’re new to the AR-15 or you’ve been firing one forever, there are bound to moments when things just don’t work right. While with other less complex weapons like a hunting rifle or handgun you might be able to easily suss out the problem, unexpected issues can come up with gas operated rifles like AR-15 that you likely can’t solve on your own. It could be that you’ve fired a couple of rounds, but can’t seem to fire any more or it could be that pulling the trigger only produces a click and nothing more.

These are called stoppages; essentially something where your AR fails to complete a firing cycle. While stoppages can be caused by manual error or malfunction, we’ll only be looking at the most common AR-15 malfunctions in this list and providing solutions for each.

This malfunction speaks for itself. It can occur at almost any point in the firing process from initial loading to firing. There can be a number of different causes for a failure to feed malfunction.

One of the main causes can be an issue with your magazine. One of the first things you’ll want to do is to carefully examine the magazine that you were using to ensure it was both loaded and seated in the rifle properly. If you find that you’re still having problems, simply switch out the malfunctioning magazine for a new one.

If swapping out the magazines seems to have solved the problem then you’ll want to look for any sort of dents or bulges and test the spring’s function to see if it is weak. If there don’t look to be any of those types of issues, then it could simply be a problem with the larger capacity magazines. Try removing a single round from the magazine which should solve the issue.

If you’ve ruled out all of the magazine malfunctions, then you should check to see if your buffer spring is damaged or worn. Unfortunately, there is no way to solve this malfunction other than to purchase a new drop-in spring, but usually those types are better quality than the original ones anyway so you can view it as a mandatory upgrade.

There are two main ammunition feed AR-15 malfunctions that commonly occur with the AR-15: stubbed rounds and cartridges that have separated on extraction. Stubbed rounds are rounds that have been forced back into the cartridge, causing them to slow on their way through the barrel or cause a massive jam. Cartridges that separate on extraction are exactly as they sound, ejecting only a part of the cartridge and leaving the rest in the barrel causing all kinds of problems.

The steps to solving this malfunction are simple, but can often end up taking up a lot of time. All you need to do is pull back the bolt and lock it in place, pull the magazine out, and fish the faulty round out of the chamber. Sounds easy enough, until you’ve got your fingers jammed as far as possible into the chamber and realize you’ll have to get some tools if you want to be done before the sun sets.

Fouling (or The Short Stroke)

The final way in which your AR can suffer a feeding malfunction is due to a build up of dirt, grime, and other debris. The gas firing system of the AR-15 is sensitive and collecting too much dirt or debris anywhere in the system (from the buffer tube to the bolt carrier group) can cause it to malfunction.

Even the build up of soot and other residue from the act of firing itself (called fouling) can result in a malfunction if you’re not diligent in cleaning your firearm. Essentially, the fix for this problem is simply to stay on top of cleaning and caring for your rifle.

These types of AR-15 malfunctions can be diagnosed whenever a live round is correctly fed and chambered and the trigger is pulled, but the round doesn’t fire. There are two main malfunctions that you’re likely to come across in this category: defective ammunition or a defective firing pin.

Once you’ve determined that you have a firing pin malfunction though, you’ll need to examine the pin. If there is obvious damage then you’ll likely need to buy a replacement, but if there isn’t, then it may simply be do to fouling and require a thorough cleaning.

This is possibly one of the most dangerous AR-15 malfunctions and should be handled with the utmost care. It occurs whenever a cartridge is left in the chamber, but sometime this will also lead to a new live round being fed and forced into the unextracted cartridge. The proper way to fix this will depend on whether a new round has been fed or not and whether the cartridge is actually stuck in the chamber.

If the case isn’t broken, you’ll need to lock the bolt carrier group to the rear of the action and set the safety on, remove the magazine, and tap the stock on a solid fixture in order to shake the cartridge loose. If the case is broken or ruptured then it is likely stuck in the chamber and you’ll need to fish a cleaning rod down the barrel and nudge the cartridge out of the chamber.

The main causes for this type of AR-15 malfunction are fouling of the bolt carrier group, fouling of the chamber, and a weak or broken extractor spring. In the case of the first two you’ll simply need to clean them up before resuming fire, but if it is the spring you’ll need to purchase a new one.

While these are some of the most common malfunctions when it comes to AR-15’s, this is definitely not a complete list of every malfunction that you may come across. If you encounter something else that you aren’t seeing on here, then probe around online for your specific issue. Our friends at Primary Arms have written an extensive article addressing how to fix some of the more complex AR-15 malfunctions.  Bottom line is, if you have an issue, there’s almost a 100% guarantee that someone somewhere has suffered from it as well.