Kids and Gun Safety [How To Talk To Children About Guns] 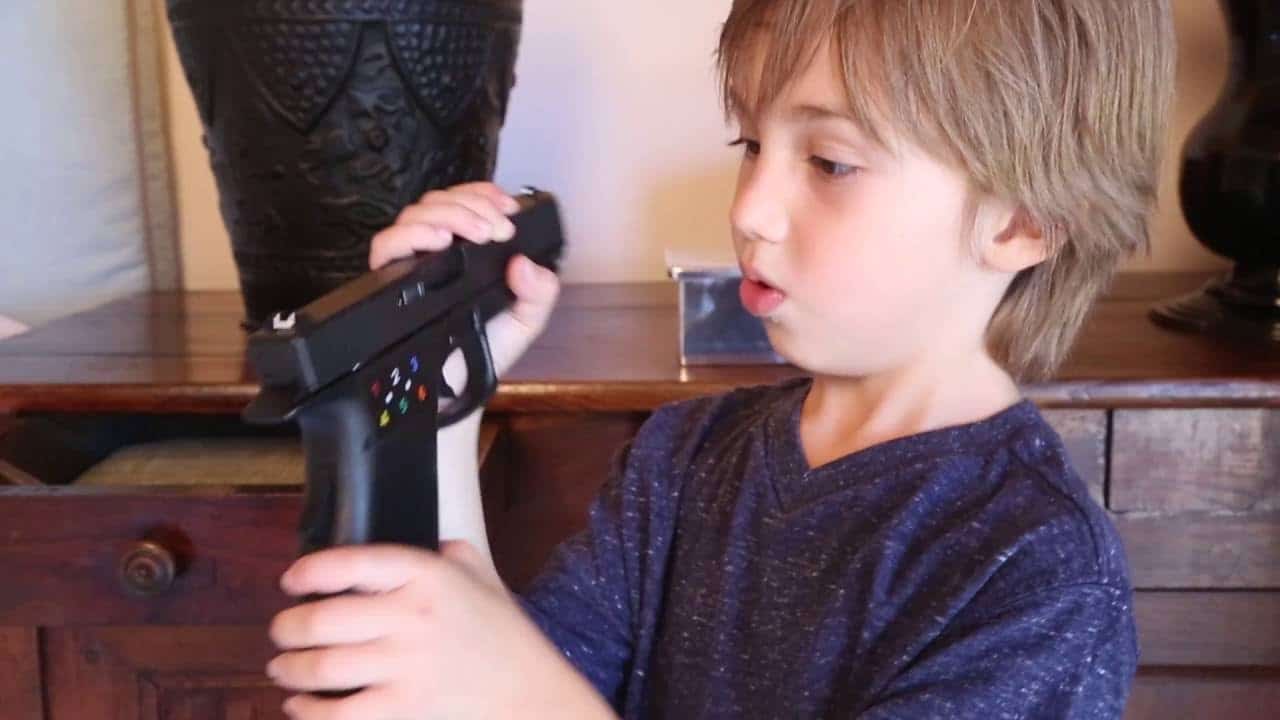 If you’re a parent or even soon-to-be parent, have you considered teaching your kids about guns and gun safety? In today’s day and age, it’s very fair that some parents and authorities agree that kids should be taught never to go near a firearm.

Yet there are still others who may argue that education about gun safety is a high priority and should be taught from a young age.

Right now, it might be a good time to teach your children about respect for a gun and help them to understand the right way and the wrong way to use a firearm. An extremely horrific example one might use would be the recent tragedy and devastation in Parkland, Florida.

Have you ever been told not to do something, but you did it anyway? Curiosity will always get the better of us and that’s the problem with telling a child never to go near a gun — because they probably will.

There are countless stories every year of children finding a gun and shooting it because they thought they were playing a game. As a result, fatalities arise and injuries are prominent. Education about the rules of gun safety is key here.

Even if you don’t own a gun or have negative feelings towards guns in general, teaching your kids about gun safety is one of the best decisions you can make.

Shortly before Christmas this past year, my 13-year-old son learned how to shoot a gun. My spouse and I went to see our families in Pennsylvania for the holidays and we decided the time was right for my son to understand the good, the bad and the ugly about gun safety.

On a brutally cold day in December, we asked our friend, “Ted” (an expert in guns and gun safety) to pay a visit and teach my son the rules of firearm safety. We also wanted him to teach my son the proper way to shoot.

While the lesson was initially for my son, we all thought we could use a refresher in gun safety school. And the first element that Ted taught us was to read the following:

The Ten Commandments of Gun Safety

After we read the “Ten Commandments,” Ted let my son a hold a .22 caliber gun and in turn, a .357 Magnum. This allowed my son to actually feel the gun, its weight and its texture.

While my son had many questions, Ted answered each and every one of them while at the same time, strictly enforcing that safety always comes first — check and double check.

Our instructor then proceeded to tell my son to never point a gun at someone and always make sure the firearm is not loaded. He then taught my son how to aim the handgun in an empty room and to line up the sights.

Each one of us went through the same drill and then we went outside to practice. Ted laid out the proper equipment for us and set up various targets.

It was an absolutely freezing day and our hands were shaking from the intense cold, but the sun shone brightly and the sky was crystal clear. The conditions were perfect for our task at hand.

My son was first in line and remembered the rules he was taught. He displayed sincere respect for a firearm …

As soon as he was out of bullets, Ted very carefully took the gun out of my son’s hands, reloaded it for him and let him try again. We all took our turns and then reviewed the Ten Commandments one more time (he also gave us a written test).

We felt accomplished. But while all of this seems well and good, explaining the power of a firearm can be difficult for a young child who may not even understand the meaning of death …

Methods to Teach the Proper Way

Before we decided to teach my son about gun safety, we needed to think about which method we would use. We chose to take a hands on approach. Other parents may show their child a hunting video and explain that the reason for killing an animal is strictly for nourishment.

But unfortunately with the popularity of Xbox games such as Battlefield 1, there are some children who can’t decipher between fantasy and reality — it’s not real life and shooting a gun at someone isn’t like a video game. So how you explain these situations to your kids really depends upon your personal beliefs about guns.

Again, with so many mass shootings today, it’s hard for people not to hate guns. Instead, they should be used to defend yourself and for hunting. Not to kill 17 kids. Ideally, a child shouldn’t fear guns or become nervous around them, as this can only result in accidents or fatalities.

Shooting at targets may be considered fun and exciting, and for kids it’s just like playing a game, but firearms must be handled with extreme caution. In addition, it isn’t a bad idea to begin teaching kids from a very early age about gun safety rules, even if you know the child may not be mature enough — you can always teach them again.

If you’re reading this, you most likely own a firearm. You might be a hunter, but your child may never be interested in hunting. There’s nothing wrong with that. But you owe it to yourself, your significant other and your children to educate them about gun safety — and to always respect a firearm.

As a parent of two children, I obviously worry about them and their safety. And with extremely heartbreaking mass shootings occurring almost every month, it’s hard not to be concerned and upset.

The only advice I can offer is to hold your kids tight, teach them right from wrong and most importantly, help them understand the rules of gun safety.