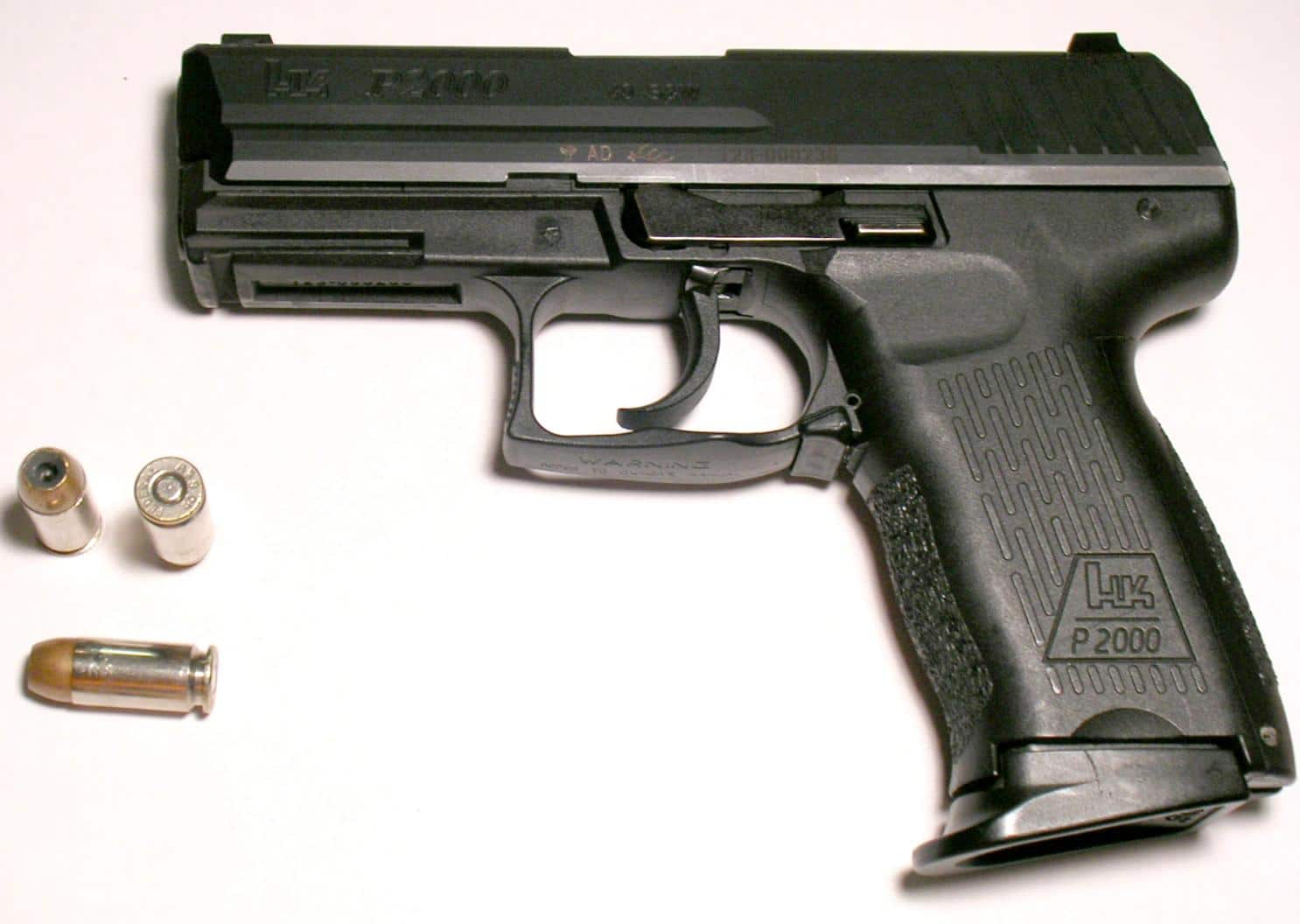 What we think about it.

The world of compact defensive handguns is a crowded one, but one pistol that stands out ahead of the pack is the Heckler and Koch P2000 pistol. Introduced to market in 2001, the P2000 has carved out a niche as a pistol for those that appreciate fine German engineering and attention to detail in a carry handgun. Even as the company has introduced new compact handguns the P2000 remains in production, a testament to the pistol’s market longevity.

Heckler and Koch was started in the aftermath of World War II by former Mauser engineers Edmund Heckler, Theodor Koch, and Alex Seidel. The company initially produced firearms for the German military, including the famous G-3 battle rifle and MP-5 submachine guns. The company later branched into the pistol market with designs such as the VP-70, P9, and P7.

In the late 1980s, the invasion of European “Wonder Nines”—steel and polymer handguns chambered in nine-millimeter with magazines of fifteen or more rounds—triggered a market shift in the United States. The Wonder Nines, led by the Glock 17 but also including pistols such as the Beretta 92 and Sig Sauer P226, were highly popular on the U.S. civilian and police markets. This popularity then radiated outward to the global market as the pistols appeared in U.S. media and elsewhere.

By the early 1990s Heckler and Koch had released its own Wonder Nine, the Universal Service Pistol (USP) in both full-size and compact models. In 2001 the company released the P2000. The P2000 is essentially an upgrade of the P2000 compact and has many of its features. The result is an excellent, well-made concealed carry gun, the equivalent of a BMW in the handgun world.

The P2000 is a polymer frame, metal slide handgun designed for concealed carry. The use of polymers allows the pistol to achieve substantial weight savings, bringing it down to just one pound, nine ounces with a loaded magazine. The base pistol is a double action/single action design. In double action mode, a steady pull of the trigger, rated at 11.47 pounds, will both cock and then fire the pistol. In single action mode, in which the hammer has already been manually drawn back, the pistol has a trigger pull of just 4.5 pounds. Alternately, the P200 is available with a so-called Law Enforcement Modification trigger that the company claims provides a constant trigger pull and reduces accidental discharges.

The P2000 is 6.85 inches long with a 2.66-inch barrel. It is 5.07 inches tall and 1.37 inches wide. It was originally available in nine-millimeter parabellum and included a ten-round magazine that lies flush with the bottom of the grip and a thirteen-round extended magazine adds to the grip—and grippable real estate—for users with larger hands. The pistol is also available in .40 Smith & Wesson caliber, with a ten-round flush magazine and twelve-round extended magazine.

Ergonomically the P2000 was ahead of its time. Although released in 2001 it has a number of physical features that some companies are only now introducing into their guns. The pistol is fully ambidextrous, with the magazine release lever, decocking button, slide release, and magazine release levers all equally accessible to left and right-handed shooters. Recognizing that one size does not fit all the P2000 was also the first to offer interchangeable backstraps of varying sizes, including small, medium (standard), large, and extra-large backstraps. This ensured a comfortable grip for virtually everyone.

A shorter version, the subcompact P2000SK, shaved 2.4 inches off the pistol, making it just 6.4 inches long with a height of 4.55 inches. Width remains the same, and barrel length is reduced to 3.86 inches. The P2000SK has a weight of one pound, eight ounces and each magazine carries ten rounds of nine-millimeter or nine rounds of .40 Smith & Wesson. Smaller and lighter than its older brother, the P2000SK is an excellent backup or concealed carry pistol for police or private citizens.

The P2000 is a finely made pistol that exhibits the best of German engineering in an inclusive package suitable for just about anyone. Drawing upon decades of design and manufacturing expertise the pistol has managed to hold its own in a crowded market of compact and subcompact designs.

One thought on “Meet the Heckler and Koch P2000 Compact Pistol: Best Gun from Germany?”