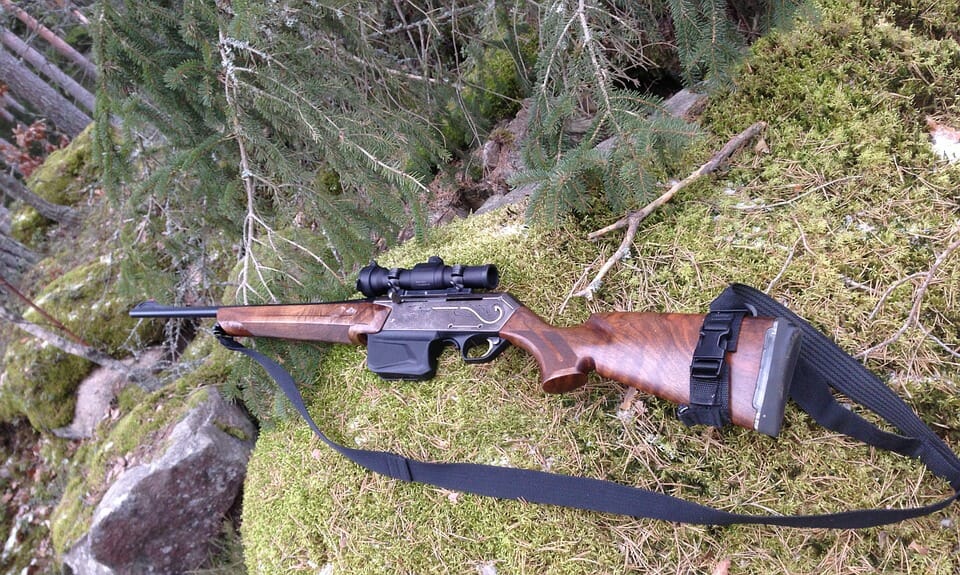 When it comes to elk hunting, you want a rifle that is durable but light enough to carry up the mountain with ease. But you also want it to be able to hold large caliber rounds with minimal recoil and handle well when firing off-hand shots in the event of a surprise game sighting.

To put it another way, you want a versatile weapon that packs a punch and can offer long range accuracy without being a burden.

Most of us want an affordable rifle that is damn near indestructible and can fell an eight-hundred pound beast at four-hundred yards or more. We also want an attractive firearm that looks as good as it shoots. Choosing the right rifle for the job is one of the joins of hunting.

If you think this sounds like a dream gun that can’t possibly exist, you’d be pretty wrong. The rifles on this list come fairly close to meeting all of the aforementioned requirements.

This bolt-action model comes in a number of long and short action calibers, but when it comes to elk hunting you can’t go wrong with the .338 Winchester mag. It’s a great option for hunters who are on the move and performs like a boss at 100 yards, making it a monster for bagging does.

The most economical of Browning models, the Stalker retails for $820, but you can usually find a lightly used one on sale for around $700.

With black synthetic straight stock, a fiberglass graphite composite grip and black rubber butt pad, the Stalker is a real beaut. Personally, I like to load it with Black Hills Gold hunting ammo when I take mine out for a bit of proper stalking.

No list would be complete without at least two Browning models. They’re a leader in the field and their rifles are always a lot of fun for a reasonable price. The BLR ’81 is a compact and user-friendly rack-and-pinion lever-action rifle that is carbine-length and cranks out quite the shot.

They can chamber a range of hard-hitting ammo from the 270 WSM to the 358 Win. It features an aluminum alloy stock, a detachable four-round box magazine with a fast release and a rotary bolt locking system.

It’s ideal for mountaineers and woodsman by virtue of the fact that it’s a mere 7 ¾ lbs and 40” long with mount and scope. The fast-loading mag makes for quick follow-up shots. At a retail price of $900, it’s slightly more expensive than the Stalker, but it’s every bit as exceptional. Well worth the price for the durability and versatility it provides.

They commonly feature trigger crowns, match grade barrels and a bolt with a Mauser claw extractor. The adjustable trigger and Pachmayr Decelerator recoil pad are just two of the things that makes it an unbeatable option when it comes to elk hunting rifles.

The average retail price is around $1,225 which places it firmly within the mid-range of affordable hunting rifles.

Ideal for timber and brush alike, this lever-action rifle offers a flat trajectory and pinpoint accuracy. With a 24” stainless steel barrel, Ballard rifling, hammer block safety and a fluted bolt, the MXLR is a top of the line machine that holds a 5-round magazine that makes it a viable choice when it comes to game hunting.

It’s got semi-buckhorn iron sights, a trigger guard plate and a laminated hardwood stock with deluxe recoil pad. I’ve tested this one out myself and have found it to be a boss when it comes to long-range precision.

The $930 retail price places it securely in mid-range and is available for layaway gun financing.

This big bore lever-action rifle is considered my many to be the strongest lever-action in history. It can be stored virtually anywhere thanks to its compact design.

The Ballard-style rifling carves six deep and wide grooves that aid in improving accuracy. The stubby 18 ½” barrel makes it one of the shortest and lightest hunting rifles on the market.

Paired with Garrett Cartridges’ fire-breathing custom loads, the 1895G is a veritable force to be reckoned with. And while it works rather well with iron sights, the level of accuracy it provides is perfectly suited to a low-powered scope.

Cabela’s currently has offers on this model starting at $629.99.

The 673, a development of the Remington 700, is yet another bolt-action hunting rifle that packs a wallop. My personal favorite is the one that’s chambered for the .350 Remington mag because it offers superior shootability to others.

With a Leopold quick release base and rings, and a 22” barrel, it’s a lot of gun compared to most of the rifles on my list. In fact, it kicks pretty hard compared to the others which may be off-putting to some. But it’s definitely a well-made firearm with a rather unconventional look.

At 7 ¾ lbs, it’s not the lightest hunting rifle around, but it’s not overly heavy or cumbersome in any way either. All in all, it’s a worthy option, especially since Remington stopped making them in 2004 so there are plenty of gun owners selling their used Model 673s online.

A single-shot model, Ruger’s No. 1S Medium Sporter is not the right gun for continuous shooting, but it’s tailored to the disciplined, methodical hunter who’s a skilled Marksman.

The front sling swivel is sited forward on the barrel, causing the rifle to ride low on your shoulder. But the receiver is so short that it’s almost identical to the Marlin, making it a compact and easily transportable in a rifle bag.

For the more frugal gun owner, this might not be the best choice on my list as it retails for around $1,199.99 and doesn’t exactly hold up to other rifles in that price bracket, but it remains a worthy option if you have money to burn and you want a solid single-shot rifle with dead-on accuracy. Keep an eye out for deals in any major online gun store and you could find great seasonal discounts.

With a .300 Weatherby mag and a beautiful claro walnut design, the Mark V Deluxe is something to behold. Not only is it a top of the line weapon, but it’s the perfect display piece for proud collectors with a bit more bank than others.

Like the Mark V Deluxe, this Weatherby rifle is unmatched for the sheer beauty of its wood design. It’s got a classy black finish and exceptional bolt action, chambering .270 Win rounds and offering no less than three safety positions.

Like Remington’s Model 673, it’s a bit heavier than some of the others on the list, but it’s still a fairly lightweight and compact rifle for hunting, and it’s got an adjustable trigger which is attractive to most game hunters.

This finely checkered, deeply-blued steel rifle has a maple finish that makes it another worthy display piece. In terms of hunting, it lives up to its name by offering above-grade accuracy.

Chambered with .308 Win rounds, it’s another stylish and superb choice for those looking to bag some deer or ward off a grizzly.

There you have it, my full list of the five best hunting rifles for hunting elk. Good luck making your selection. I know you’ll be in good hands with any one of them. Happy hunting and remember to stay safe with either electronic or passive ear protection.