Gun News Daily
Home Firearms Clip vs. Magazine – Why You Need To Know The Difference 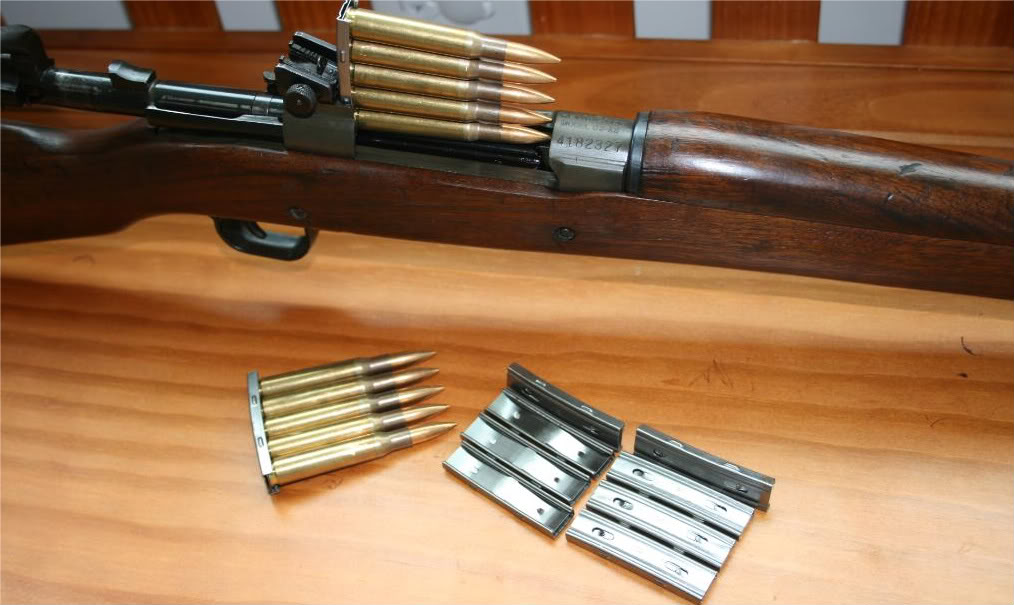 What is the difference between a clip and a magazine?

If you’re like most people who aren’t too knowledgeable about guns, you may believe that there are no differences at all.

But the truth is that a magazine and a clip are not the same thing at all, and mixing up the terms is sure to earn you the ire of the gun community.

What is the difference between a clip and a magazine? We’re going to walk you through all of it, and we’ll even let you in on a little secret  at the end.

When To Use The Term ‘Clip’

What is a clip? An ammunition clip stores individual rounds of ammunition together on one device that can then be placed in the magazine of a gun.

Clips are usually made of steel stamping and are simple devices that make loading a gun easy. There are various kinds of clips, the most common of which are called en bloc clips  and stripper clips.

Clips drastically improve loading speed and efficiency in comparison to loading one round at a time. Individual rounds in a clip are quickly fed into the firing chamber one after another. If your rifle has an internal magazine, the clip loads bullets into the firearm directly. They were very common with World War 2-era bolt action rifles, such as the Mosin Nagant and Mauser K98.

While uncommon, some rifles that have detachable magazines can still be loaded with clips. Clips are relatively uncommon, as most modern firearms don’t employ them. In the rare event that you’ll need one however, I’ll go into more detail about the various types available.

Undoubtedly the most popular type of clip, it is typically used for loading internal box magazines. If you can’t tell from the name, a stripper clip holds ammunition on a strip of metal for quick loading.

When using a stripper clip, position it on top of the magazine, whether it is a bolt-action rifle or semi-automatic, and push all of the rounds down into the magazine with one motion. This is what’s called “stripping” the rounds off the clip.

Stripper clips can also be used with detachable box magazines.It functions the same way as with internal magazines.

You place the clip on top of the box magazine and press all the rounds down into the magazine with one swift motion.

If you’ve seen WWII movies and heard that distinctive ping sound when an M1 Garand fires its last round, then you’ve heard the tell-tale sound of an en bloc clip. Unlike stripper clips, which are removed after loading, en bloc clips are designed to be fully inserted into the magazine.

The internal magazine pushes rounds up through the clip into the chamber for firing. After you’ve fired the final round, the en bloc clip is removed or ejected from the rifle. Many older rifle models have utilized en bloc clips, but they have never been as common as stripper clips.

Just as you know that ping, if you’ve ever heard of an en bloc clip, it’s likely due to the M1 Garand rifle which was used throughout World War II. Bolt action rifles were the standard type of rifle used by most militaries at the time.

It wasn’t until the introduction of the M1 Garand, with its characteristic En Bloc clip for faster reloads that a semi-automatic rifle became widely issued to infantry units.

While revolver cylinders are not considered magazines, they can use clips in a slightly different way than rifles do. A half moon clip is usually seen chambered in automatic pistol cartridges such as 9mm or .45 Auto.

This is because revolver ammo has a rimmed cartridge, unlike standard pistol ammo, which makes extraction from the chamber following firing effortless.

You can also unload and reload your revolver much quicker when using these clips. Of course, the more popular speed loader has widely replaced moon clips, but they are still used with limited capacity.

When to Use The Term ‘Magazine’

What is a magazine? A magazine is a device or chamber that holds a supply of cartridges so they can be fed automatically into the breech (the area where ammo is extracted or inserted into the firing chamber).

Just as with clips, a magazine can be integral to the firearm (an internal magazine) or it can be removable (a detachable magazine). Whichever kind, the magazine feeds ammunition into the chamber.

Modern pistols and rifles almost all use detachable magazines. You need to fill the magazine by hand with ammunition, which is where a clip can come in handy, before the magazine loads it into the gun. It does so with a spring-loader follower, feeding each individual round in separately. While not all guns use clips, all guns, with the exception of revolvers, have magazines.

What you’ll see most often on modern day semi-automatic rifles such as the AR-15 or AK-47 is the box magazine. They come in two different variations: the Internal Box Magazine and the Detachable Box Magazine. Both of these function in the same way, but are loaded and carried in different ways.

The internal, also called integral, box magazine is commonplace on most bolt action rifles and semi-automatic rifles such as the M1 Garand and SKS. The internal box magazine, as the name implies, is built into the firearm and can’t be removed. Loading this type takes place at the top of the gun, either one round at a time or through the use of clips (which will be explained in more detail below).

The detachable box magazine is loaded outside of the firearm where it can be kept until needed.

Conventional rifles such as the AR-15, Ruger 10/22, AK platforms, and most modern semi-automatic rifles more often than not utilize a detachable box magazine. Reloading is much faster with a detachable magazine and are easy to carry or transport.

These magazines are fixed to the firearm and feed rounds into the chamber via the use of a tube, spring, and the firearm’s action.

You’ll find a tubular magazine on a few .22 rifles, pump and semi-automatic shotguns, and most lever action rifles.

Most often located underneath a gun’s barrel, though some older .22 rifles have them in the buttstock, rounds are loaded into a tubular magazine individually.

After that, they are loaded into the chamber with the firearm’s action, whether that be the lever on a lever action rifle, the pump on a pump action shotgun, or the charging handle on semi-automatic rifles.

Lever action rifles and pump shotguns will have to be racked manually for every shot while semi-automatic rifles can chamber the next round on autonomously.

Secret Trick To Remember the Difference

It should be simple to see the difference between a clip and a magazine now. A clip loads the magazine, while a magazine feeds ammunition directly into the chamber.

But if you’re looking for a simpler way to remember the difference, use this helpful trick:

Consider the names of these two terms outside of their firearm context. What is a clip? A short snippet of TV or radio.

An even better way to visualize it is as magazine clippings. When you take small clippings out of a magazine, you can slot them back into their places to create a full magazine.

What is a magazine? A magazine is a full publication. It is the whole that your clippings fill in order to create full pages.

Picturing your clip and magazine in this way should help you remember the difference.

Is it magazine… or clip?

The military history buffs among you probably already know the difference between clips and magazines, but other people might not be as informed.

A clip is a device used to load a magazine, and a magazine is a device or holding area where ammunition is fed into the chamber of a firearm. It really is as simple as that.