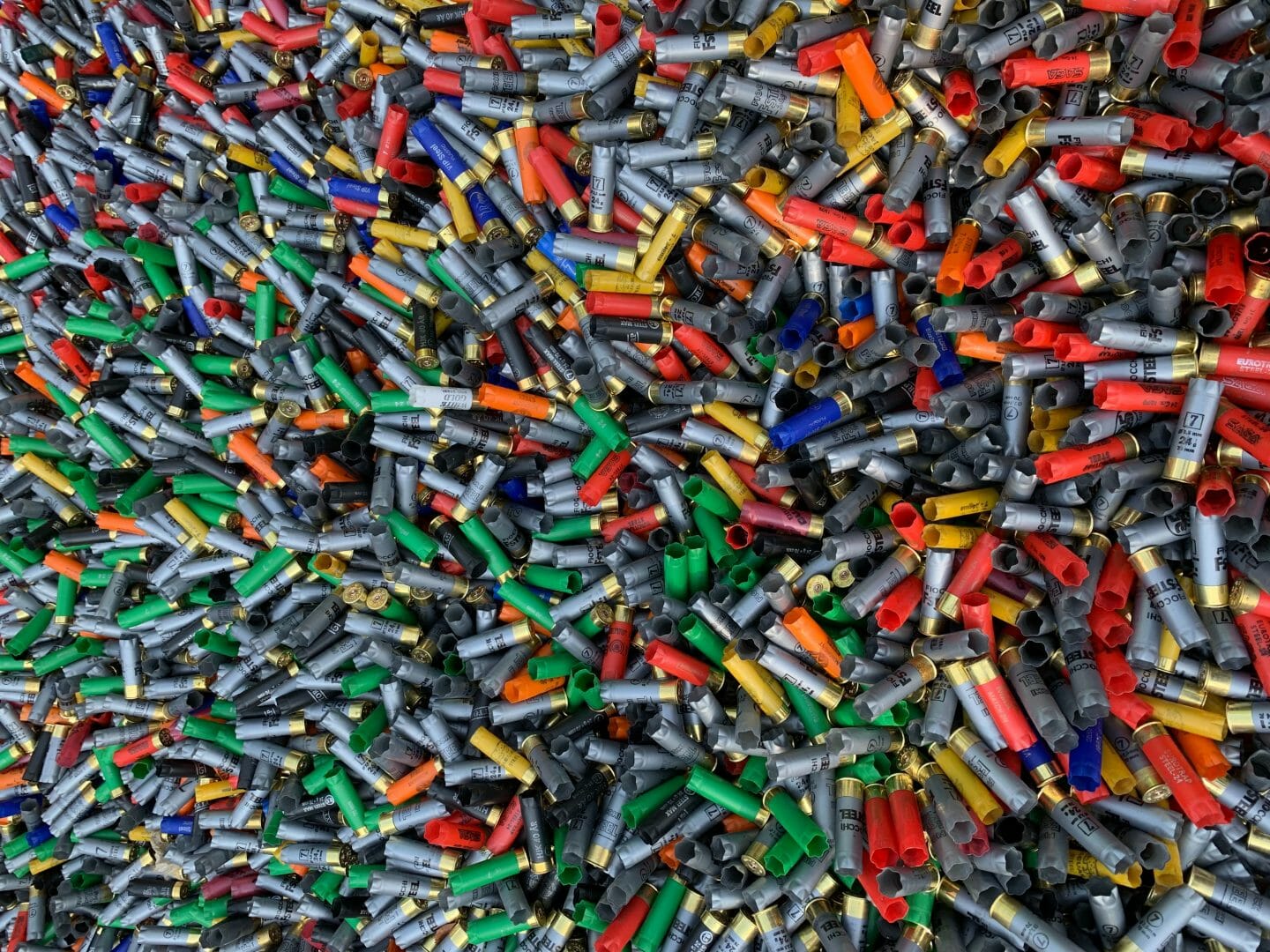 Ever wonder what terms like “Double Ought Buckshot” and “12 gauge” really mean? You’re in the right place because in this article we’re going to demystify those terms and talk about shotgun shell sizes.

The shotgun is a versatile weapon that can operate using two types of ammunition. But, the variety of that ammo might be confusing, especially if you’re new to shotguns.

Never fear, because we’re going to help you understand everything you need to know about shotgun ammunition.

Ready to learn? Let’s get started.

What is a Shotgun Shell?

A shotgun shell is “a self-contained cartridge typically loaded with multiple metallic ‘shot’, which are small, generally spherical projectiles.” Shotguns are also capable of firing a single projectile, called a ‘slug’.

A shotgun shell is cased in plastic with a brass base containing the primer.

Starting at the brass, the layers of a shotgun shell are brass, propellant, over-powder wad, shot wad, shot pellets (or slug), over-shot wad, and top crimping.

The brass base of the shell is thick enough to hold the primer, which is longer than those used for rifle and pistol ammunition.

Okay, we threw a bunch of unfamiliar terms at you in the above description of a shotgun shell. Don’t worry, we’ll define each of them for you so you’ll have a better understanding of shotgun shells and how all the parts work together.

What Does Shotgun GAUGE Mean?

The gauge of a shotgun is an old term that refers to the barrel diameter. The gauge number is equal to the number of lead pellets of that diameter that add up to a weight of 1 pound. The most common gauge in use in the U.S. is the 12 gauge, but there are also 28, 20, 16, and 10 gauges.

10 and 16-gauge shotshells are rare, though they’re still being manufactured.

Shotguns using 11, 15, 18, 2, and 3 gauge shells are the rarest of all the shotguns, and shotshells for these are no longer manufactured. Owners of these firearms usually have a specialist hand load the shells.

The .410 round is not a gauge; instead, it is measured in caliber, though the weapon that fires it is still a shotgun. But, the .410 shotshell is still encased in a plastic shell, just like other shotshells.

What does SHOT mean?

Together, all the pellets in a shotgun shell are called the shot. These projectiles are usually made of lead, but can also be lead-coated steel, tungsten, or bismuth. Shot sizes are measured with numbers starting with the smallest, which is ‘birdshot’. “Shot” is not really the number referred to when talking about shotgun shell sizes.

Eventually, the numbers change to letters until you reach the largest, which is called ‘buckshot’, a popular large-game round.

For the shotgun hunters out there, the above chart should give you a sense of the different cartridge types used for hunting various game.

Now before my inbox fills up with angry emails, let me say that these rules are not set in stone. You’re free to hunt any game with any cartridge, permitting your local and state laws.

That said, the above is a good rule of thumb that you can reference any time you’re preparing for a hunt.

Before we look at all the different types of shotgun slugs, let’s quickly compare how the cartridges look on the inside to gain some perspective: 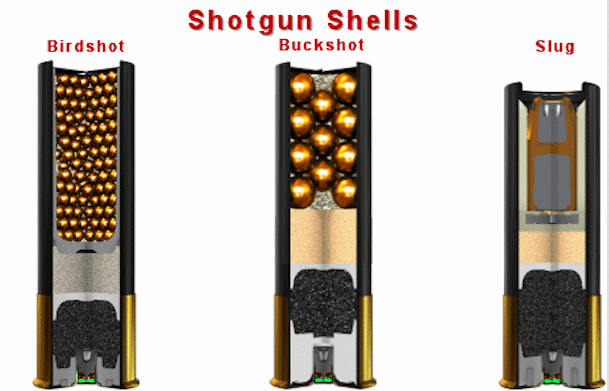 As you can see, the lower half of the cartridges are fairly similar between birdshot, buckshot, and slugs (though slug cartridges may have a bit more power).

The difference is in the projectile itself.

These are single projectile shotgun rounds used for hunting larger game animals. There are a lot of different types of the slug.

Some shotguns have a slight rifling of the barrel, while other shotguns have no rifling and are referred to as smoothbore. Saboted slugs are designed for barrel rifling and use a shuttlecock method to keep them stable. 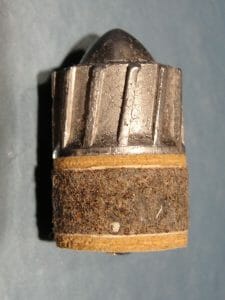 This is a solid lead slug with ribbing on the outside. These ribs allow a small amount of rotation as the slug moves down the barrel. They also reduce friction in the barrel, increasing the slug’s velocity. This slug is solid and provides deep penetration. 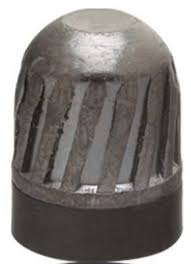 The Foster slug is intended to be fired through a non-rifled shotgun barrel. It has a deep hollow in the rear of the slug, like that in the back of an airgun pellet. They also have ribbing down the sides to give the slug a slight rotation and improve precision.

These slugs are roll-crimped at the end, making them impossible to hand reload without the use of special tools. 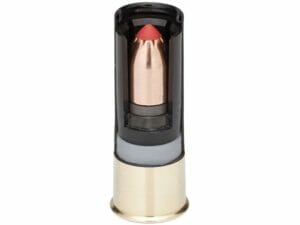 These slugs are smaller than the bore or diameter of the shotgun and are wrapped in a plastic ‘sabot’. This sabot is designed to engage with the rifling in the shotgun barrel and give a ballistic spin to the projectile.

Because the sabot prevents the slug from touching the bore, the projectile can be made from lead, copper, brass, or steel. They vary in shape but are usually bullet-shaped.

The sabot keeps the projectile in the center of the bore as it rotates, and peels away from the slug once it leaves the barrel. This offer increased accuracy.

These are modern variations between the Foster and saboted slugs. Wad slugs are also sometimes called ‘drive key’ or ‘key’ slugs.

It’s designed to fire through a smooth bore and is shaped more like a bullet with a smooth outer surface. A wad slug is loaded using a standard shotshell wad, which prevents lead fouling even when fired through a rifled barrel.

Wad slugs have accuracy at a distance range of about 75 yards (70 meters), which puts them in the same category as the Foster slug.

Traditional sabots can be accurate at greater distances. Wad slugs are also crimped with a fold at the end, making them easier to hand reload using a press without specialized tools. 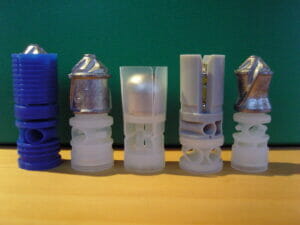 This slug has a plastic stabilizer as part of the slug. It might be either stuck into a cavity at the bottom of the projectile or over the slug in external notches.

Shotshells come in a variety of lengths. When you think of shotgun shell sizes, most people think of the length. This is important to keep in mind because firing a shell longer than a shotgun’s chamber can be dangerous, even if it’s the correct gauge.

What Lengths to Shotgun Shells Come In?

It’s also important to point out that you should never fire a gauge different than that of your shotgun. This can destroy a gun and lead to serious injury to both the shooter and any innocent bystanders.

Always check the shell and the shotgun for compatibility.

There is a myth that shotgun shells have different sizes of brass. So-called ‘high brass’ shells are thought to contain more powder, making them more powerful. This may have been true at one point in the history of shotguns, but not anymore.

If you’re new to shotgun ownership, the variety of ammunition available is probably confusing.

It’s important to remember never to use shotgun shells in a different gauge as your shotgun because this is extremely dangerous.

Your choice of shotgun shell sizes will depend on many factors, including what type of hunting or shooting you plan to do.

Armed with your new knowledge, your next stop at the ammo store is going to be one heck of a good time!

Did I forget any shotgun ammo terms? Please let me know in the comments below. 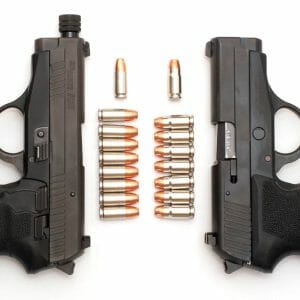 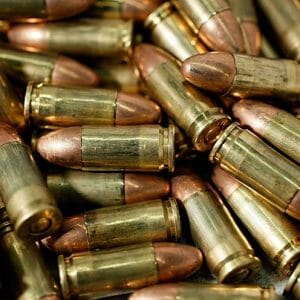 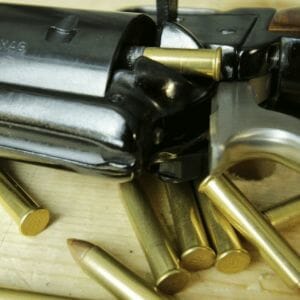 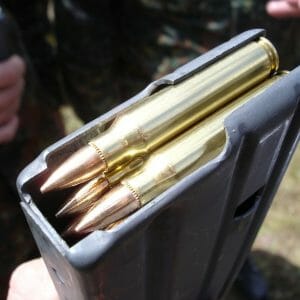 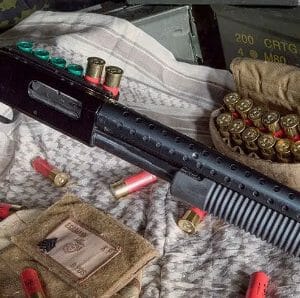 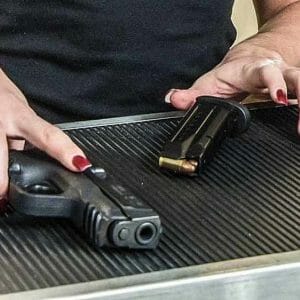 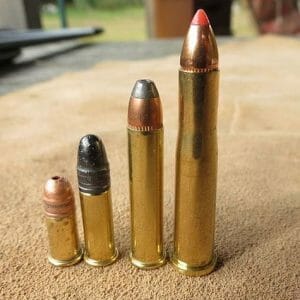 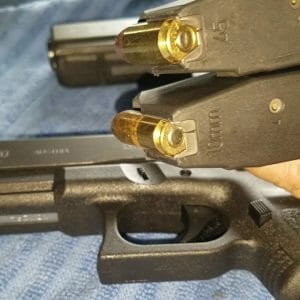