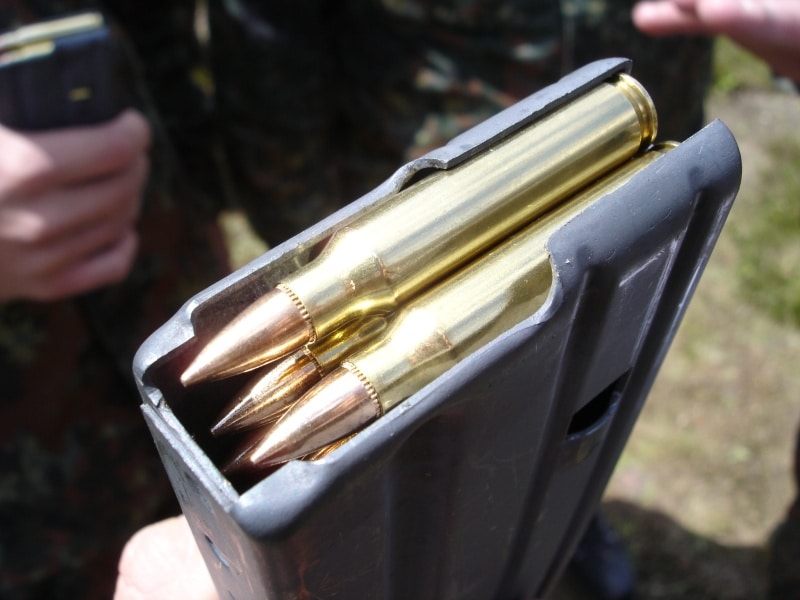 Before getting into the comparison, we will talk very briefly about the history of the two rounds. 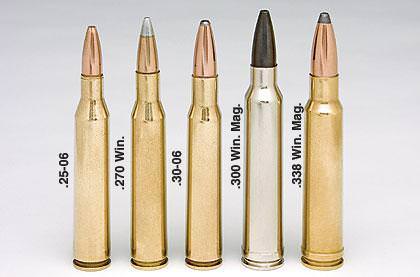 .300 Win Mag is a magnum rifle cartridge that was introduced by Winchester in 1953. The parent cartridge of .300 Win Mag is .375 H&H Magnum. The round is popular for both big game hunting and long range shooting.

Similar to .300 Win Mag, it is a very popular round for hunting. It is not as popular for long range shooting, but it does get some use in this realm. 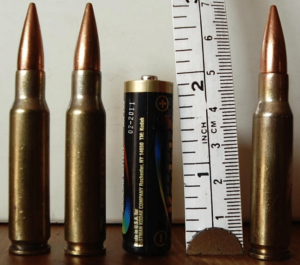 However, despite the differences in case length, the cartridges are the exact same overall length. What this means is that the longer case of the .300 Win Mag can handle more powder, which allows for a higher muzzle velocity.

The bullets of .300 Win Mag cartridges are commonly between 180 and 200 grains. These projectiles are fired around 3100 feet per second, dependent on the exact round fired. 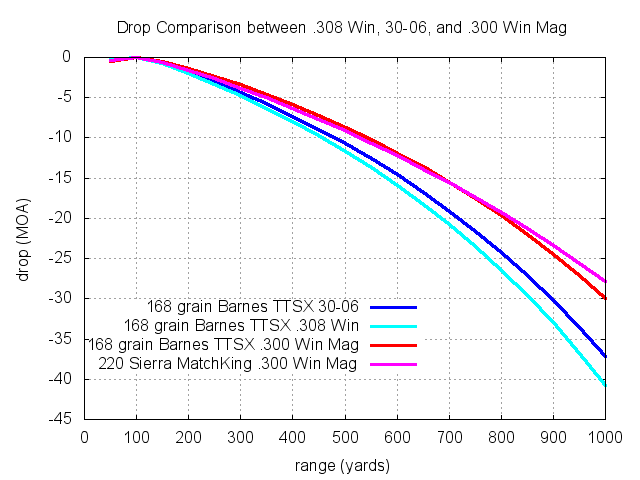 The effective range of both weapons depends greatly on the exact cartridges used. However, generally speaking, .300 Win Mag is capable of firing at a greater distance, especially when handloading lighter bullets.

As you can see, the .300 Win Mag bullets are generally heavier and are fired much faster. This is a result of the increased amount of powder, which comes from years and years of weapons improvements.

Pairing the heavier bullets fired faster and the greater effective range, .300 Win Mag has a pretty significant edge in terms of ballistics.

The projectiles are the exact same diameter, so they should therefore impact the same surface area of tissue in the target. However, the primary difference comes in the muzzle velocity and weights of the projectiles.

.300 Win Mag projectiles are generally heavier and are fired much faster. In terms of terminal performance, there is not a better combination. A heavier projectile fired at a faster muzzle velocity is extremely deadly.

This furthers our argument that .300 Win Mag is a much deadlier round.

However, one of the biggest factors that will affect the deadliness of the cartridge is the exact bullet selected. Keep in mind that jacketed hollow point or soft point ammunition will expand on impact, and will damage more tissue.

The two rounds are extremely similar in size and dimensions, which means they are very similar in terms of accuracy. We give a slight advantage to .300 Win Mag, but much of the accuracy will be varied on exactly which ammunition and weapon you are using.

Both cartridges have plenty of different ammunitions available. There are hunting and target shooting cartridges readily available for either of these cartridges.

In terms of ammunition, we give .30-06 a slight edge. The ammunition is generally a little cheaper, and there is slightly more of it available.

However, the .300 Win Mag ammunition is not unreasonably priced.

As you can see, .300 Win Mag projectiles are heavier, but the .30-06 option is generally less expensive.

For those that handload, both of these rounds are extremely commonly reloaded by shooters. There are plenty of choices available for projectiles, and brass is easy to come by for both rounds.

If you are planning on handloading your ammunition, .300 Win Mag may be a slightly better option for you, as there are a wide range of projectiles available for use.

This wide range of projectiles makes .300 Win Mag extremely versatile. When using the heaviest projectiles, it is a great round for hunting large game such as bears, while the lighter projectiles will greatly increase the range and allow for long distance hunting.

.30-06 is an excellent cartridge, but it’s hard to argue with the facts.

For hunting, the projectiles of .300 Win Mag cartridges are more versatile, but are also generally heavier and fired considerably faster. This greatly increases the muzzle energy, making them very deadly rounds.

However, rest assured that .30-06 is one of the absolute best rounds available. It has taken countless game, and will continue to do so for years. At the end of the day, both of these rounds are excellent choices.