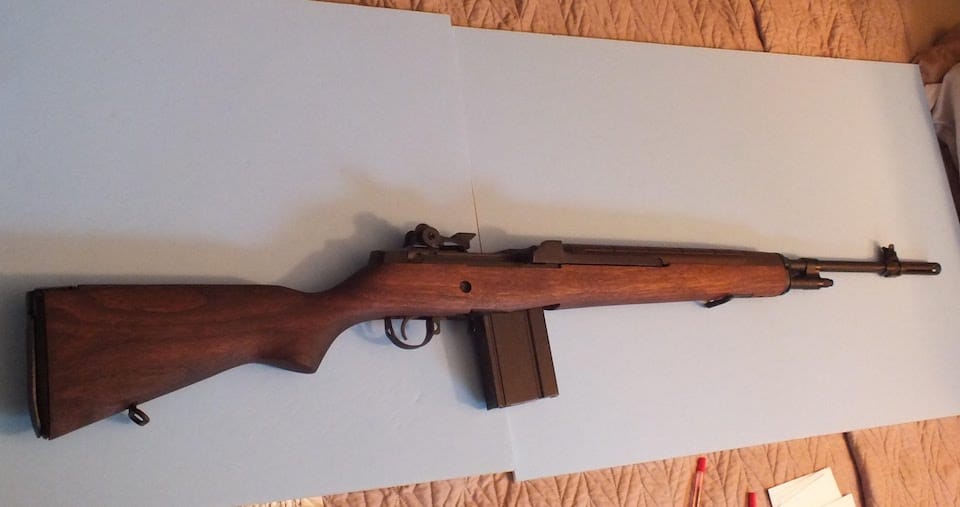 If there’s any one thing that the Springfield M1A rifle will be known for, it’s that it’s the semi-automatic civilian version of the military’s selective fire M14 rifle that has been in continuous service since the late 1950s.

There’s no question that the M1A is a beautiful rifle, not to mention that it’s also very accurate, durable, and practical. It has plenty of modern applications not only for law enforcement and the military but for civilians as well, and it and the M14 also have a very rich history.

It’s probably not fair to call the M1A ‘America’s rifle,’ as that title would likely belong to the AR-15 due to the sheer number of higher sales, but the M1A is still about as American as guns get, and it would make a fine and versatile addition to anyone’s gun collection.

But first, in order to truly understand the M1A, we need to learn more about the M14 and how it was developed.

Development of the M14 Rifle

The M14 was developed to replace not one gun but several: the M1 Garand, the M3A1 Grease Gun, the M1 Carbine, and the Browning Automatic Rifle (BAR).

The military decided that the M1 Garand, though advanced during World War II, had become obsolete as it accepted en-bloc clips in contrast to box fed magazines of more modern weaponry.

A number of different companies, including Springfield, Remington, and Winchester, then began to work on upgrading the M1 Garand rifle to accept box fed magazines and with a new caliber.

John Garand, the inventor of the M1 rifle, worked with Springfield at the time and developed the T20 rifle.

The 7.62x51mm NATO round was then introduced by Olin Industries to the general public as the .308 Winchester.

NOTE: rifles chambered for the .308 Winchester cartridge can accept both .308 Winchester and 7.62x51mm NATO ammunition, but 7.62x51mm rifles will not accept .308, so be careful about what you load into your particular rifle.

The new M14 rifle was first delivered to U.S. Army units in the summer of 1959, but it didn’t take until the early to mid 1960s before the M14 had nearly completely phased out the M1 Garand. Each unit cost approximately $104 at the time. 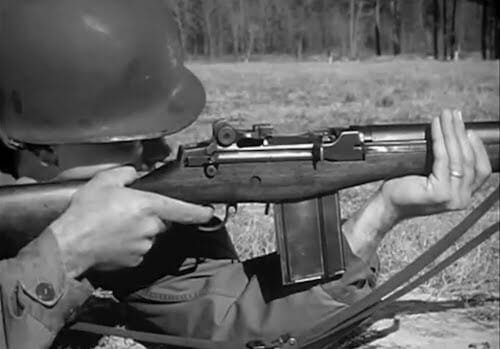 The M14 was then immediately pressed into action in the Vietnam War, where it was quickly discovered that it had a number of pros and cons.

On one hand of things, the 7.62x51mm NATO round proved to be highly effective, as it had long range and penetrated the thick cover of the jungle very well.

But on the flip side of things, the M14 was long and heavy, and in full auto mode it was nearly uncontrollable. Furthermore, the walnut stock of the rifle swelled in the moist jungle humidity, which caused accuracy to be thrown off (subsequently, the walnut stocks were replaced with fiberglass).

Subsequently, the M14 was phased out by the late 1960s as the main infantry rifle of the United States military by the M16 and later the M4 rifles.

Still, the M14 remained in service (just not as the standard issue rifle) and continues to see action today as a designated marksman’s rifle, which proves that the weapon still has some use.

For all intents and purposes, the M1A and M14 rifles are nearly identical. That being said, differences do remain.

First and foremost, the M1A is a semi-automatic rifle while the M14 is a select fire rifle, meaning that it can be switched between semi-automatic and fully-automatic fire. 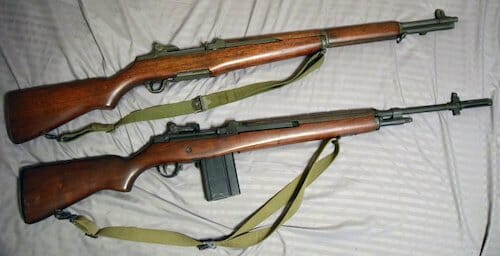 Another difference is with bayonet lugs. The M14 features a bayonet lug, whereas the M1A used to as well. But in 1994, President Clinton signed into law the Federal Assault Weapons Ban, which prohibited the manufacture of civilian firearms with a bayonet lug, and subsequently Springfield removed the feature from the M1A rifle, and they have not restored it even after the law expired in 2004.

Previously in the introduction to this article, we talked about how the M1A is a very practical and versatile rifle.

How is this so?

This type of rifle in general is very practical and versatile because it can be effectively used for both hunting and tactical use. 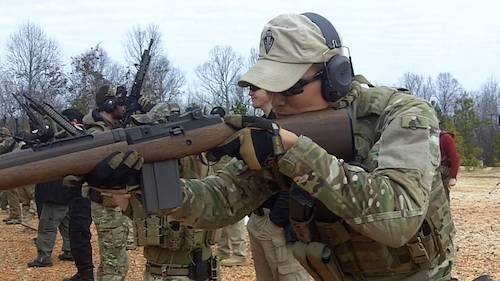 The .308 is a long range round allowing you to tap targets at long distances, and furthermore it has more than enough power to bring down big game in North America.

As a semi-automatic with a detachable box magazine, it can be used for tactical training and defense as well, such as in an SHTF scenario.

The .308 Winchester round itself is very affordable and plentiful, and in fact, is the most powerful centerfire rifle round in the entire world.

Variants of the M1A Rifle

There are many variants of the M1A rifle, including but not limited to:

The M1A has proven to be a long lasting rifle that has stood the test of time and remains as popular today, at least with civilians, as it was at its inception. And even in the military, the M1A has still found a role to serve our country.

In many ways, the M1A is that classic rifle that will just never truly grow old.

One thought on “Springfield M1A Review: A Classic Rifle That Will Never Grow Old”