Palmetto State Armory has gained a lot of popularity over the years, and they are known for making some of the best, and most affordable American Made firearms and parts available on the market. PSA also makes some exceptional AK variants, and their PSAK-47 GF5 is an excellent option for anyone looking for an affordable AK which does not compromise on fit, finish, and reliability. 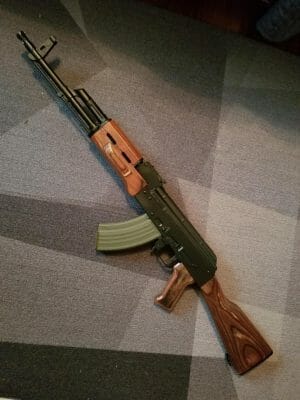 The PSAK 47 did have some problems when it was initially released, however, these issues were fine-tuned quickly, and now, with the GF5 5th Gen PSAK-47s, you can have an excellent AK-47 at a very attractive price.

Palmetto State Armory used enhanced precision manufactured parts for their PSAK-47 builds, and these parts are thoroughly tested in development to ensure quality. PSA also torture tests their AK-47 batches by firing 10,000 rounds through them.

Unlike other affordable AKs, which use Cast parts, the PSAK-47 GF5 features a Hammer forged front trunnion, Barrel, Bolt, and Bolt Carrier. This ensures its rugged reliability and longevity. The PSAK-47 G5 follows the traditional AKM design, with a 1.0mm thick stamped steel receiver, and a 16-inch barrel. The receiver also features a side scope rail for mounting optics. 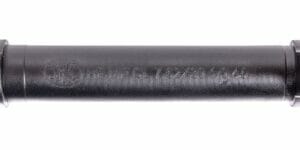 Moving on, the Barrel of the PSAK-47 is made from CMV (Chrome Moly Vanadium), which is the same kind of steel used to make MIl-Spec barrels, and is stronger, more corrosion resistant, and better at heat dissipation. Moreover, the barrel is chrome lined to ensure longevity and performance. 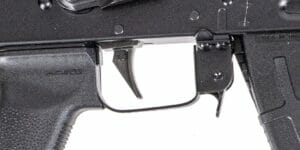 One of the best features of the PSAK-47 is its trigger. This rifle uses the ALG AKT Enhanced Trigger, which is incredible, and miles better than standard AK-47 triggers. The trigger has a light and consistent pull, and there is almost no take-up, followed by a clean and crisp break.

The trigger has a short reset and allows you to fire quick follow-up shots. The PSAK-47 also features an enhanced safety selector. Unlike most AKs, which have a very stiff safety selector lever, the enhanced extended safety selector on the PSAK-47 is very easy to manipulate. You can flip the level with your index lever without breaking your grip.

Lastly, let’s talk about the appearance of the PSAK-47. The barrel, receiver, and other metal parts on this rifle have a nice nitride finish, and you can get it with multiple kinds of furniture, both wood, and Polymer.

However, this PSAK-47 has nice and traditional Nutmeg Wood Furniture, which really elevates the aesthetics of the rifle. The PSAK-47 has a full-sized wooden stock. 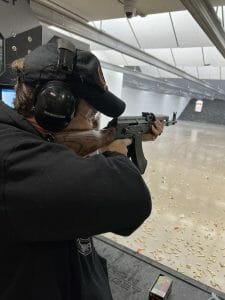 We recently took the PSAK 47 G5 to the range to pop off a few rounds. While the PSAK-47 GF5 does have a side rail  for adding optics, I decided to leave mine with just the standard 800-yard rear sight leaf.  I’m old, so I don’t have any intention of using this for targets beyond 50 yards max.

What a blast this AK is to shoot. The ALG trigger is as advertised. Smooth as butter.  No more blaming a inferior trigger for my bad aim.

We fired 100 plus rounds flawlessly through the GF5.  Not a single issue.

I did notice I banged my face a few times trying to look down the sight leaf, but again I am old.

I have read several reviews about how easy it is to modify the PSAK G5. However, honestly not sure why you would. This AK is near perfect. This finish on this AK is almost too pretty to use. Did we mention it is made in the USA? Without a doubt if you have been interested in purchasing an AK, look no further than Palmetto State Armory’s GF5.