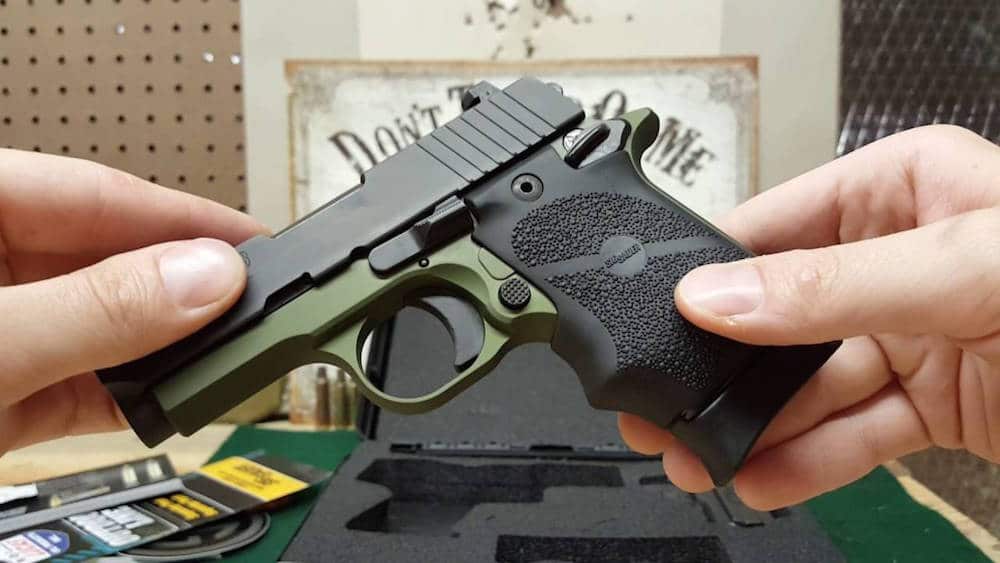 There are so many sub-compact semi-automatic pistols on the market today that, honestly, it’s very difficult for guns new or old to stand out.

SIG Sauer As A Company

SIG Sauer is already a company renowned for their quality and massive success in the firearms industry. The P320 pistol, also known as the M17, was recently selected as the new official sidearm for the United States military to phase out the Beretta M9. 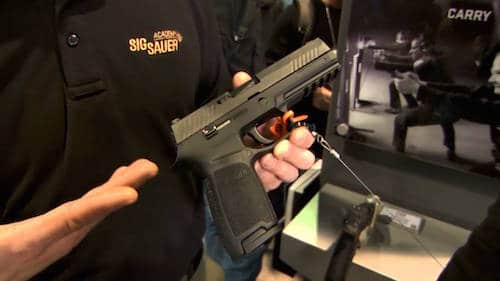 Many of their firearms are downright classics, such as the SIG Sauer P220 in .45 ACP and the P226 in 9mm, the latter of which was the sidearm for the United States Navy SEALS and only lost as the overall military’s official sidearm to the M9 due to cost reasons.

Their 1911 pistol is also one of the best-selling 1911s on the market, and in many ways, the P938 is essentially a scaled down 1911 designed for concealed carry and to chamber the 9mm round.

Background of the SIG Sauer P938

The P938 was officially introduced at the 2011 SHOT Show in Las Vegas. It’s essentially a scaled up version of the SIG Sauer P238 chambered in .380 ACP, which in and of itself was (and is) a clone of the Colt Mustang .380 ACP. 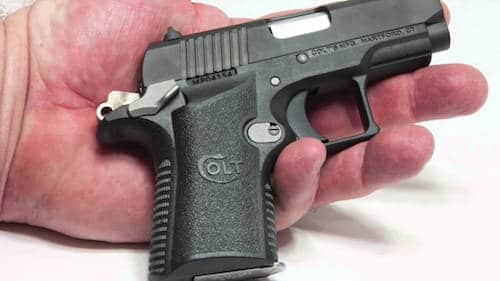 Therefore, the history of the P938 can be traced back to the Colt Mustang.

Basically, the Colt Mustang is a scaled down 1911 pistol designed for concealed carry. It holds 6+1 rounds of .380 ACP in the standard magazine.

When the Mustang was released, it was at the time one of the smallest and lightest concealed carry pistols on the market, and was a true pocket pistol.

There were also many advantages to the Mustang when it was released. It had an all-steel construction (newer models such as the XSP have a polymer construction), which helps to tame the recoil in an otherwise very diminutive pistol.

The Mustang also has the very light and crisp trigger of the 1911 as well, which further makes it easy to shoot.

One disadvantage to the Mustang, however, is also that safety. Even though it’s very light and crisp, it also means that it’s inherently more dangerous to keep in your pocket. Granted, it comes with a manual thumb safety like all 1911s do, but that safety will need to be disengaged in order to draw your pistol and that needs to be incorporated into your training. 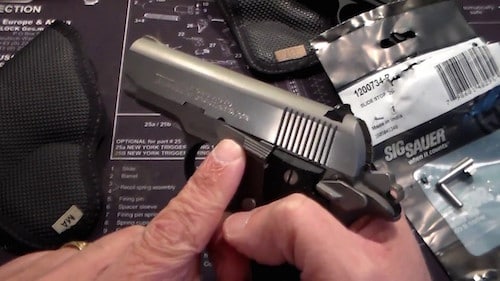 So the Mustang is by no means a flawless concealed carry piece, but it was still extremely successful and popular with the fans of the 1911 design who highly appreciated having a 1911 pistol that they could stuff in their pocket.

As a result, numerous other companies have mimicked the Mustang design, including Kimber, Springfield, and of course, SIG Sauer.

While the P238 .380 ACP was a successful pistol for SIG, they also got the idea to take the design and scale it up slightly to accept the more popular, plentiful, and superior 9mm round, which has far more stopping power than the .380 ACP and is also cheaper to buy despite being a larger size.

The P938 has achieved even more success for SIG Sauer than the P238 did, and it’s not difficult to see why. It may be a little larger than a Mustang or P238, but it’s still easier to shoot and the 9mm round is definitely better for stopping power than a .380. Today, SIG Sauer continues to make the P938 in fifteen different variations.

Let’s learn more about the P938 and its merits as a concealed carry piece.

Features of the SIG Sauer P938

As we have noted previously, the P938 is essentially a scaled down, pocket-sized 1911 designed to shoot the 9mm Luger round.

Subsequently, it sports most of the same features as 1911, including a light, single action trigger, mainspring housing pin, and a manual frame mounted safety. 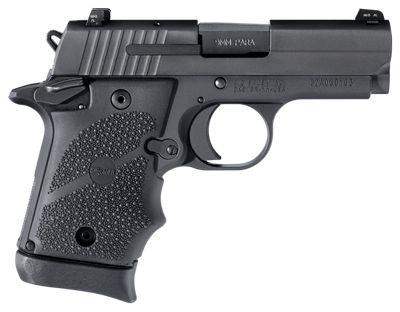 The trigger pull of the P938 clocks in at around seven and a half pounds, while the grip panels can be made out of anything from polymer to G-10 to wood to rubber depending on the model that you get (and there are plenty of aftermarket options as well).

The standard capacity, the flush fit magazine of the SIG Sauer P938 holds six rounds of ammunition, while extended seven round magazines with a pinky extension are also available.

Why would you go with a P938 over more modern options? Well, there are a few reasons why.

The first and biggest reason is if you’re a huge fan of the 1911 pistol. In that case, having a smaller 1911 that can fit in your pocket would undoubtedly make the P938 hugely appealing as a concealed carry choice, because you can train and shoot using the same platforms. 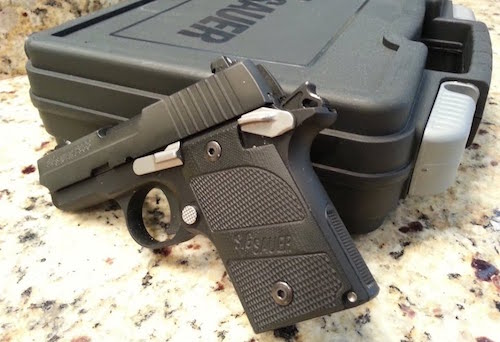 That’s also not to mention that the all-steel construction of the P938 makes the gun much easier to shoot, in addition to the light and crisp trigger.

This isn’t to say that small 9mm pistols in general are difficult to shoot. Competitors of the P938, such as the Glock 43, are fairly easy to learn how to shoot. It’s just that the recoil for the P938 will be even less and more controllable, even if the extra weight makes it more noticeable to carry on your person on a day to day basis.

The final reason to go with the P938 is that it’s a very high-quality pistol. As we discussed previously, SIG Sauer, in general, is a high-quality company who constantly makes immaculately made firearms, and the P938 is absolutely no exception to this rule.

To conclude, the P938 is a great choice for concealed carry so long as you appreciate the 1911 platform. Otherwise, you’ll probably be more willing to search for options that are lighter and more modernized.