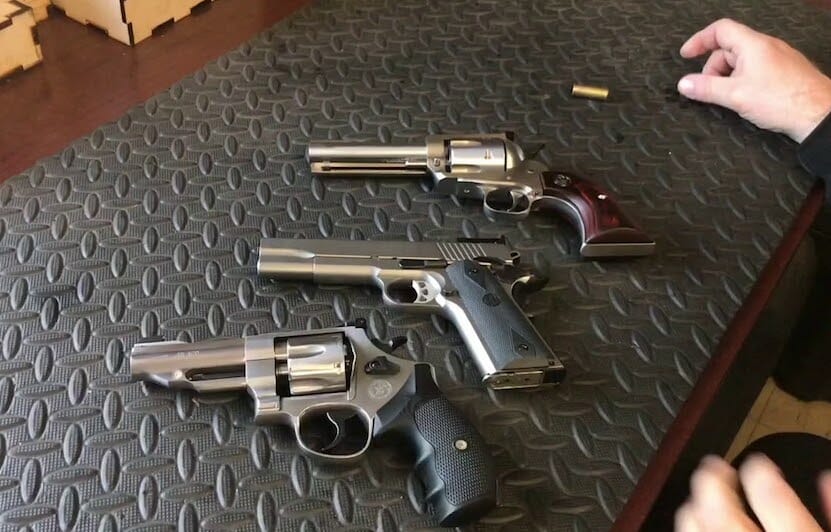 If you’re new to guns, you’ve undoubtedly been hearing a lot of words and phrases and firearms-related terminology that you have little to no knowledge about.

Today, we’re going to talk about the terms single action and double action (as well as DAO, or double action only, and hammer fired and striker fired).

If you’re experienced with guns already, then you probably already know what each of these terms mean (or at least you should), and you can quit reading now. But if you’re new to guns and have no idea what those terms mean, then you’ll definitely want to keep reading and because these are some of the most basic of gun-related phrases out there and you need to know what they mean.

It’s important that you know these terms so you can have a more complete understanding of the different types of guns that are out there, which in turn will allow you to make a more educated decision on what to carry.

Now, finally, let’s talk about what these terms really made.

Originally, the terms single action or double action applied only to revolvers, but with the development and evolution of firearms technology they have come to refer to semi-autos as well. 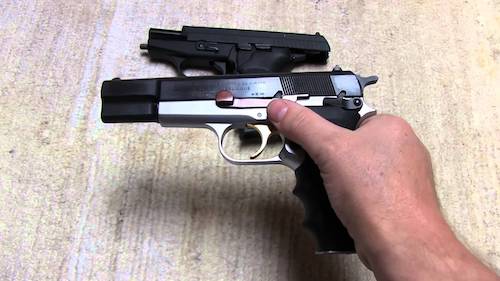 SAO means that the weapon can only be fired in single action mode, and typically applies to pistols. SAO can also be used to refer to striker fired pistols that have a consistently short trigger pull as well, such as Glock or the Smith & Wesson M&P, or to hammer fired pistols that must always have the hammer back to fire as well, such as the Colt 1911 or the Ruger LCP II. 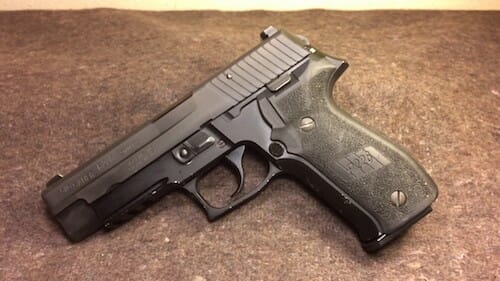 DAO means that the weapon can only be fired in double action mode, and typically applies to pistols. Examples include the DAO variants of the Beretta 92 and SIG P226 DAK, or it can also sometimes refer to striker fired pistols such as Glock or M&P that are designed with a much heavier trigger pull (such as some police departments like the New York Police Department require). It can also apply to revolvers that have a covered up hammer so they can only be fired in the DA mode only, such as the Ruger LCR or Smith & Wesson 442/642.

DA/SA refers to weapons, and usually semi-automatic pistols, that can be fired in DA or SA mode. The first trigger pull is long and in the DA mode, while all subsequent trigger pulls are in the shorter and crisper SA trigger mode, until the weapon is either empty or safely decocked. Examples include the Beretta 92, SIG P226, Walther P99, and the HK USP. Most DA/SA are hammer fired, but exceptions apply, as a few striker fired pistols like the P99 are DA/SA.

DA is typically used to refer to double action revolvers that can be fired in double action or have the hammer pulled back for single action, and in modern cases, with a swing out cylinder. This includes guns like the Ruger GP100 or the Smith & Wesson 686.

SA is typically used to refer to single action revolvers that can only be fired in single action mode after the hammer is pulled. This includes iconic revolvers like the Colt Peacemaker (AKA the Colt Single Action Army) or the Ruger Vaquero.

Now that we understand the terminology, you’re probably wondering, what is best?

What Is Best (Revolvers)?

Is a DA or SA the best choice for revolvers? 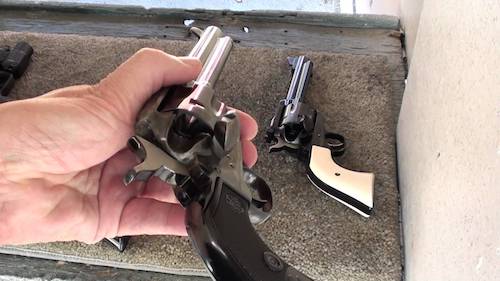 Longer answer: most people would agree that the DA revolver is superior in today’s modern age because it gives you the option to shoot in either mode for a faster rate of fire as well.

Most DA revolvers like the Ruger GP100 also have swing out cylinders for faster ejection and reloading (you can eject and load all five to eight rounds at once). Most SA guns like the Colt Peacemaker have a loading gate that allow the user to only eject and load one round at a time, which can be a major bummer in a self-defense situation.

So generally speaking, a revolver with both DA and SA capabilities is the best choice for defense.

But many compact and concealable defensive revolvers, such as the Ruger LCR and Smith & Wesson hammerless J-frame series, are double action only. This is because the hammer is shrouded by the gun frame, so they cannot allow the user to cock the hammer manually.

These guns therefore have a very long trigger pull, which can make them difficult to shoot accurately. Nonetheless, the longer trigger pull also makes them safer, plus the exposed hammer reduces the chances of the weapon snagging when it is drawn from a holster or pocket.

What Is The Best (Semi-Auto Pistols)?

The originally semi-automatic pistols were hammer fired, single action only weapons. The hammer has to be cocked in order for the weapon to fire, but the slide cycling meant that the hammer would be cocked for you so you wouldn’t have to cock it yourself. 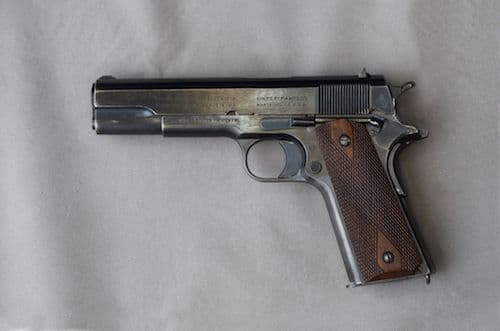 A crystal clear example of this is the Colt 1911 pistol, which has proven itself to be one of the most enduring pistols of all time. Another good example is the Browning Hi-Power.

Single action only pistols like the Colt 1911 have a very short and crisp trigger pull, which makes them easy to shoot accurately but also more dangerous to carry (the 1911 or Hi-Power pistol should only be carried with the safety engaged, for instance).

Modern day striker fired pistols also have triggers that are very comparable to SAO guns. Guns like the Glock, Smith & Wesson M&P, Springfield XD, Walther PPQ, HK VP9, and Canik TP9 and so on have a single consistent and light trigger pull that is a little heavier than a 1911 trigger but still significantly shorter and crisper than a double action. These guns are the most popular in today’s era.

Hammer fired pistols later developed into DA/SA models by the 1920s, which again, means that the first shot is in the long double action form unless if the hammer is cocked. The most successful of these guns at the time was the Walther PPK and the Walther P38. 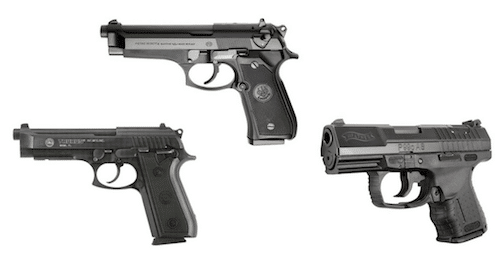 For a beginner like you, a DA/SA gun may be the best option to go with IF you value safety, because a gun with a long DA trigger for the first pull and a safety is going to be the safest type of gun to safety.

Alternatively, there’s also DAO guns, such as the DAO versions of the Beretta 92 and Sig P226, which offer a long and gritty trigger pull with each shot, but which also usually lack a manual safety as well.

But if you value simplicity, then the best type to go with would be a striker fired pistol with an SAO-like consistent trigger pull.

Now that you know about the difference between the primary modes of operations for handguns, you can make a more educated decision on what the best type of defensive pistol for you is.

Regardless, remember that practice is the most important, and is the only true way to become fully proficient with your weapon of choice.

6 thoughts on “Single Action vs. Double Action: A Guide For Beginners”