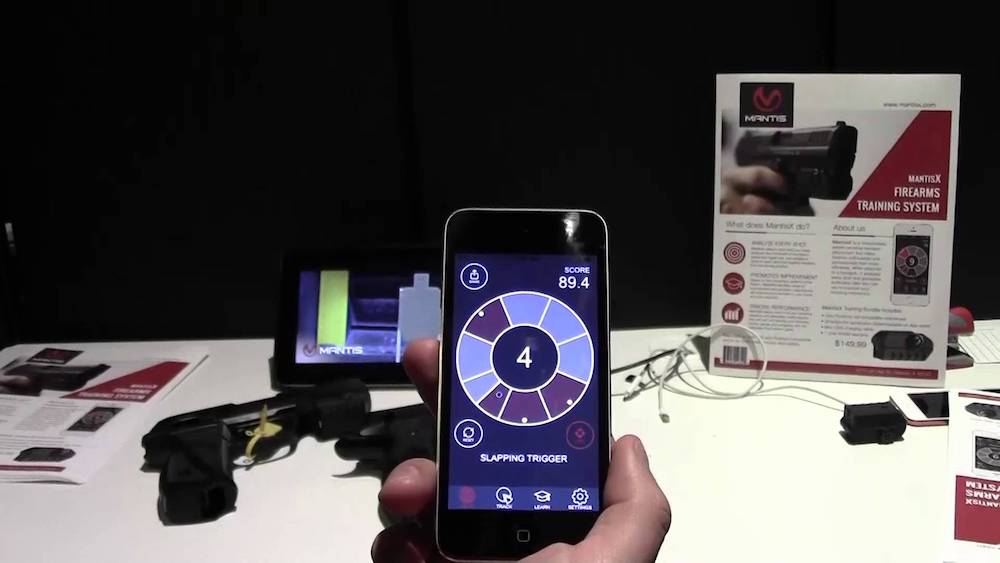 If you’ve never had the pleasure of playing around with a laser training system before, you have come to the right place. Today we will be talking about what they are, how you can use them to improve your shooting and talk a little about the one we like the best.

Laser training systems come in rather handy when you just don’t feel like going to the firing range or can’t afford the ammo to work on your aim as often as you’d like. With a laser training system, you can start practicing and improving your shooting skills right from the comfort of your own living room quickly and easily, and you don’t have to buy any extra ammo to do it.

So, if you’re ready to kiss those long hot days at the range goodbye, let’s get into it!

What Is A Laser Training System?

Have you ever played laser tag? You know, you and your buddies but on chest sensors and go into a large dimly lit room to shoot each other with laser guns. 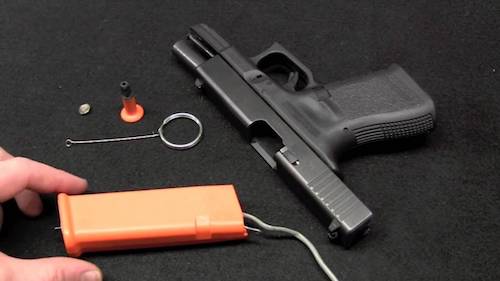 Well, a laser training system is kind of like that. It typically consists of a stationary target or two that light up, make a sound, or record data from your shots. Having this data is immensely helpful if you want to find the areas you have the most trouble.

Let’s say you don’t have the best aim in the world. You really want to get better at it, but you don’t know how to correct what you are doing wrong because, well, you don’t have any idea what that may be.

But with the information, the laser training system gives you after it records some of your shots will allow you to hone in on what’s keeping you off-target.

Why Do I Need A Laser Training System?

As we mentioned earlier, no one likes having to constantly spend all their hard-earned money on more ammunition. Ammunition that is only going to be used for basic target practice. Not to mention that not everyone can find that little bit of extra time to drive out to the gun range for a few hours every weekend, either. 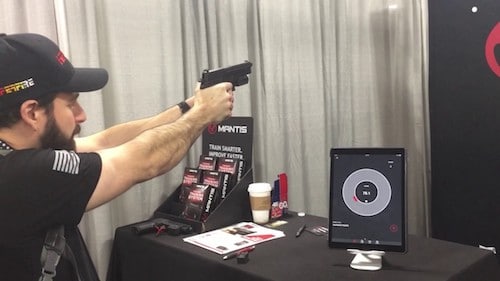 Roll out of bed, turn on your laser system and you are ready to practice… Do you really need more reason than that? 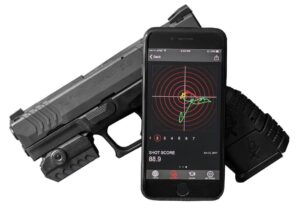 What sets this laser training system apart from all the rest is the fact that it operates completely differently than other systems you may have used in the past. The Mantis X3 takes a completely new approach in terms of both data collection and usability.

For starters, the laser that you will be pairing with your gun is not just your typical bullet shaped attachment that you hook to the end of your barrel. The laser simply mounts on a rail underneath your barrel just like a standard flashlight attachment or a laser sight.

Secondly, there are no targets used with this system. You can use this laser training system with both live fire, as well as dry fire. Perfect for a day at the range or a lazy day around the house. Simply attach the laser to your firearm, choose your own target, and shoot.

Lastly, the mountable laser tracks and logs the data of every single shot from your gun and displays the information to an Android or iOS phone or tablet via Bluetooth. The app that displays all of that is easy to navigate and understand. Most of the information you will receive from the system comes in the form of colorful graphs that compare your strengths and weaknesses. 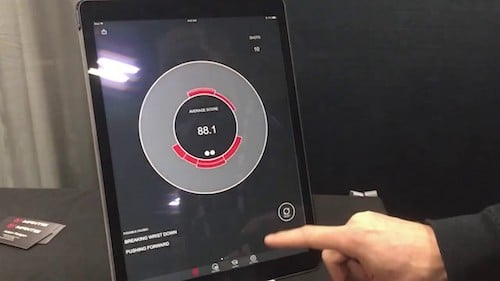 But furthermore, it even gives you advice on how to get better in certain areas you are struggling with. Oh, and the company updates the software and releases new features every 4-8 weeks on average, and it is so packed full of them that you just need to check it out for yourself.

It’s easy to use, collects tons of data for you to analyze later, and it’s extremely simple to get it all set up and working properly. The Mantis X3 Firearms Training System is hands-down our favorite laser training system available right now.

If we are being perfectly honest, there just aren’t that many downsides to the Mantis X3 system. But there is one issue with it that we a lot of people really dislike. It stems from the fact that there are no physical targets used with this system.

With other laser training systems like the LaserLyte Steel Tyme or the Laser Ammo LaserPET, there are targets that light up or make sounds when you shoot them. On the flipside, the Mantis X3 system relies on Bluetooth to transmit your statistics to a phone you have paired it with. 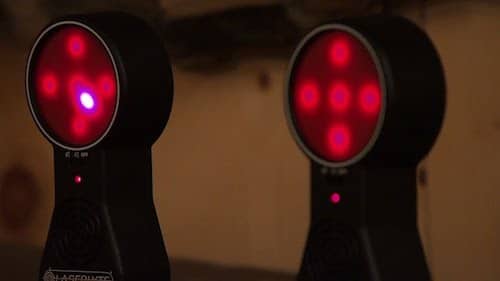 While some people may dislike the lack of targets and data retrieval by phone or tablet, we enjoyed it. This downside is more of a personal preference sort of thing, but we figured that it was probably worth noting.

There are a few decent laser training systems out on the market now, and everyone has their own preference. Maybe you like a laser that connects to the barrel versus one that is rail-mounted. Maybe you prefer to use a replica gun like a SIRT?

At the end of the day, however, we still stand by the Mantis X3 Firearms Training System as the best overall.

But remember, a laser training system like we have talked about is ultimately just one of many items that you will need to improve your shooting skills, in addition to a shooting bench and high-quality ammunition.

If you own a laser training system that you’d like to tell us about, please feel free to drop us a line in the comments section below, we’d love to hear all about it.

Till next time, have a great training session!