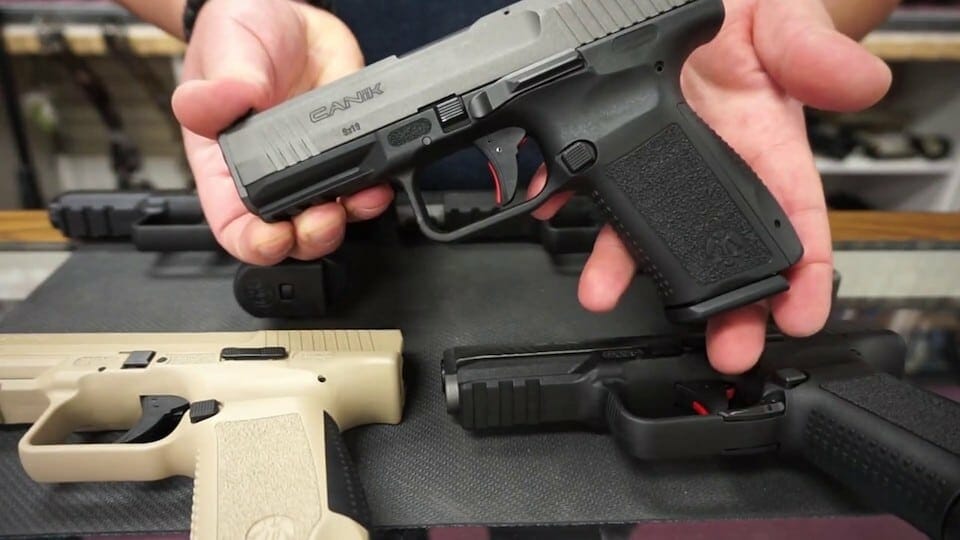 Did you know that it’s possible to buy a high quality, striker fired and polymer framed pistol in 9mm, and with an 18 round magazine capacity?

This is possible because the Canik TP9-series of pistols like the kind you can buy here at Cabela’s exist. Before the Canik, your budget pistols were really relegated to brands such as Taurus and Bersa, neither of which have exactly the same reputation as companies such as Glock, Smith & Wesson, HK, SIG Sauer, Springfield, or Walther (at least not yet).

In fact, a brand new Canik TP9 pistol really won’t cost you more than $350, you’ll get a lot more than just the gun in the box (as we’ll soon see). But first, let’s cover Canik as a company first and the line of TP9 pistols that they produce.

Overview of Canik and the TP9-series

Basically, Canik (pronounced ‘Jhanick’ in Turkish) is a Turkish gun manufacturer and their guns are imported by Century Arms into the United States. The TP9 series of pistols in particular are basically clones of the Walther P99, and as a result, the original TP9 pistols were DA/SA striker fired guns like the Walther P99. 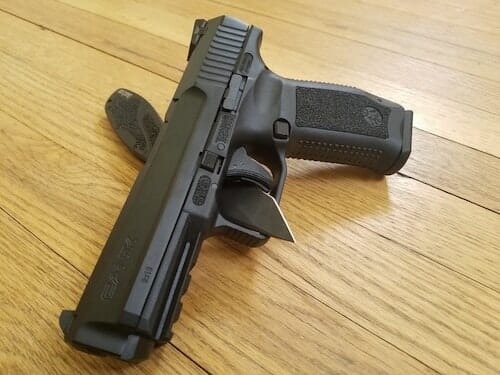 No, the parts between a P99 and a TP9 are not interchangeable, but the TP9 definitely bares many similarities to the P99, and without the P99 it’s difficult to see how the TP9 would have existed. However, the magazines from a TP9 will fit and work in a PPQ M2 (at least the 9mm version).

There are many different variants of the TP9 as the line has greatly exploded in overall popularity in the United States, due to Canik’s mission of producing ‘quality at a budget price.’ Their pistols have been rigorously tested to military standards and the company itself is ISO certified, which speaks to the quality you’re getting.

However, the TP9SA had one huge flaw: even though it was single action, it also had a decocker lever, and when that lever was depressed the gun was rendered inoperable. To make the gun ready to shoot again, the user would have to draw the slide back part way.

This is the reason why the TP9SA was regarded by many as being a range only gun and not as a defensive pistol: if that lever were to get inadvertently engaged in a self-defense scenario, things most likely wouldn’t turn out pretty for you.

Canik responded to the criticism by producing the TP9 V2, which also had a decocking lever like the TP9SA, but unlike the SA, the lever did not make the gun useless. This is because the V2 is a DA/SA pistol like the P99 and the original TP9, and decocking the gun simply returned the pistol to the long double action pull. The advantage to this system is the weapon is safer to carry and you also get second strike capability, which is pretty cool.

Still, people wanted a single action only style of striker fired pistol from Canik, like the Glock. Canik answered with the Canik TP9SF, which has a Glock-like trigger system and eliminates the decoking lever entirely.

Now, let’s talk about the TP9SF in greater detail.

TP9SF: What You’ll Get Out Of The Box

As was noted above, you get a lot more than just the pistol itself when you open the box to a Canik pistol, and the TP9SF is no exception.

The TP9 series in general is designed to offer you almost everything you need to get started without having to buy additional accessories. 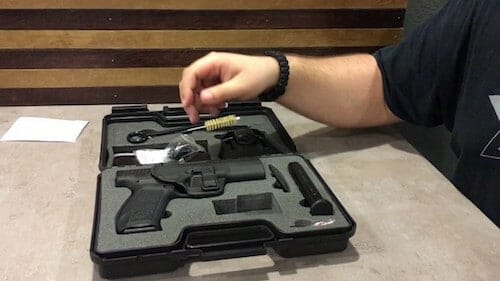 To this end, the kit comes with the pistol and magazine, a spare magazine, magazine loading tool, a Serpa-like holster that can either be mounted to a paddle or to your belt, a manual, trigger lock, and a cleaning kit. With all those items, the only other thing you really need to start shooting is ammo.

Lifting the TP9SF out of the box, you will notice that it has the same dimensions as the TP9SA (The TP9 V2 had a shorter barrel than the TP9SA). In fact, the TP9SF looks identical to the TP9SA, only the decocker feature has been eliminated as was noted.

The TP9SF is also offered in black or cerakote tan. 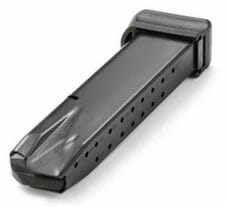 Magazines for the TP9SF hold 18 rounds, just like the other full-size TP9 pistols. The magazines are actually not made by Canik, but rather by Mec-Gar, which is known as being one of the largest manufacturers of magazines in the world and also produces magazines for a number of other pistol companies including Ruger, Smith & Wesson, and Walther.

The TP9 magazines, being made by Mec-Gar, are extremely high quality with anti-friction properties so they eject cleanly out of the grip. Additional magazines should cost you between $20 to $30, which is a decent if not great price. 20 round magazines with an extended baseplate are also available as well for a little added firepower. 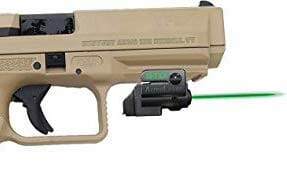 The TP9SF also has a Picatinny rail mounted under the frame that makes it easy to add lights and lasers and other accessories. There is texturing present on the front, back, and sides of the grip to offer you a more secure grip in slippery and wet conditions.

You can also switch between different sized back straps to accommodate different hand sizes, a feature that is present on most polymer framed striker fired pistols these days it seems.

The back strap itself is held in place with a pin which can also serve as a lanyard adapter as well.

In short, the reason to own a TP9SF is if you want a high quality, duty sized service pistol and at a low price point. For a budget pistol, it’s really hard to beat the Canik. 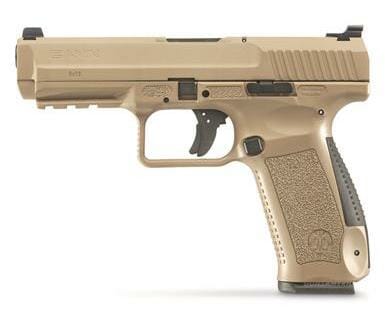 Other examples of budget pistols roughly equivalent in size and price to the TP9SF would include the Bersa Thunder 9 or the Taurus PT92, but these are both all-metal pistols with DA/SA modes of operation. The TP9SF is much lighter with a more crisp, Glock-like trigger that American shooters tend to prefer.

The TP9SF is roughly the same size as a Glock 17, and it even holds one more round of ammo.

Subsequently, it wouldn’t be the best choice for concealed carry for most people, although it could be done. If you would like a smaller version, Canik also offers a compact variant of the TP9SF, which is roughly equal in size to a Glock 19 or S&W M&P 2.0 Compact and holds 15+1 rounds of ammunition.

The full sized TP9SF, meanwhile, would serve you very well as a range gun, for home defense, or for personal protection in an SHTF scenario. The 18 shot magazine in particular would be an invaluable asset as defense against multiple attackers.

In conclusion, the Canik TP9SF is one of the best examples of a budget duty service pistol on the market. If you want a Glock 17 or a Smith & Wesson M&P or something like that but don’t want to put the $500 or more down for one, the TP9SF will save you a couple hundred bucks, plus you’ll get a complete kit with the gun when you buy it.