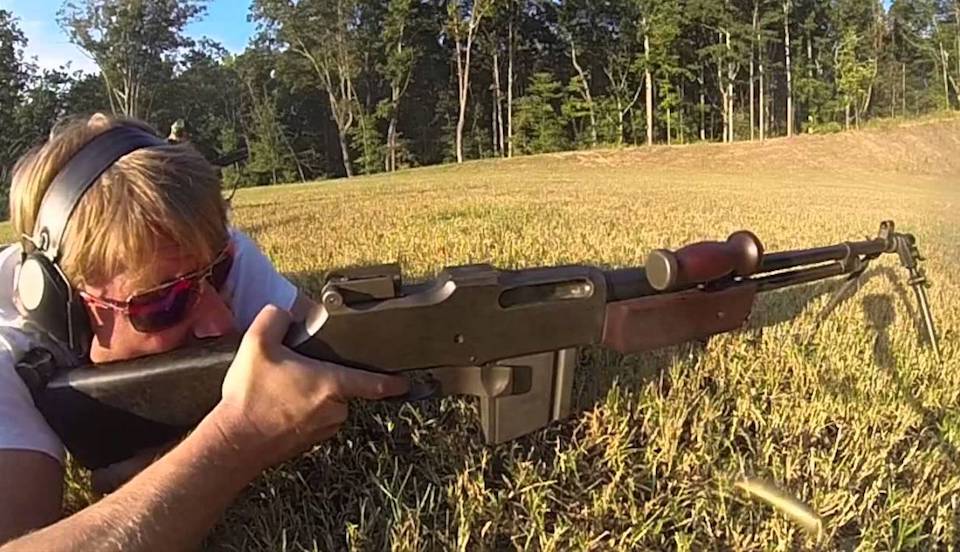 America’s military World War II small arms have become pretty famous, from the Colt 1911 to the M1 Garand to the M1 Carbine to the Springfield M1903 sniper rifle to the Thompson submachine gun.

And another of America’s World War II weapons that developed an excellent reputation was the BAR, or the Browning Automatic Rifle.

Let’s talk about the development and history of the BAR in greater detail.

Design of the Browning Automatic Rifle

The BAR is a selective fire automatic rifle that uses a long stroke and gas operated piston rod. It is also air cooled and it fires using an open bolt system.

The BAR is officially classified as a striker fired firearm, although the bolt carrier essentially acts as the striker. A fire selector lever on the side of the rifle also allows the user to alternate between semi-automatic and fully-automatic mode, as well as safe.

The BAR is classified as a light machine gun, as that was the purpose it was designed for, but it can also be effectively wielded as a shoulder fired weapon, sort of like a modern day assault rifle. Granted, the BAR was designed to be primarily used as a support weapon or for covering fire (and as such many models came installed with a bipod).

The Development of the BAR

When the United States officially entered the First World War in 1918, it was woefully unprepared, and that included a lack of modern or suitable firearms. 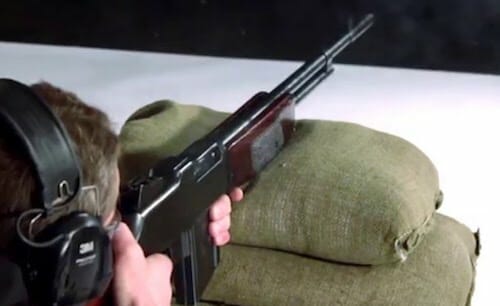 At that time, the typical form of combat was by trench warfare, where mass volumes of armies would rise from one trench to charge another, and this type of battlefield was dominated by machine guns.

The United States military, however, had less than two thousand machine guns in its total arsenal, and each of those machine guns were very old and obsolete (some were even from the late 1800s).

Thus, it was decided that the military needed updated weaponry, which included new machine guns.

John Browning submitted the M1917 water cooled machine gun as well as the BAR, which at the time was referred to as the BMR or Browning Machine Rifle. Both machine guns were chambered for the .30-06 Springfield round.

Long story short, the military went with both machine guns, with the M1917 fulfilling the true light machine gun role and the BAR mainly being used as a lighter support weapon that could be easily carried by a single infantryman.

History of the BAR

The BAR was rushed into service so it could see action in the 1st World War, although the first units were admittedly low quality because they were rushed into production.

In fact, several of the pieces in the initial batch of BARs were not even interchangeable with one another because they were out of spec! 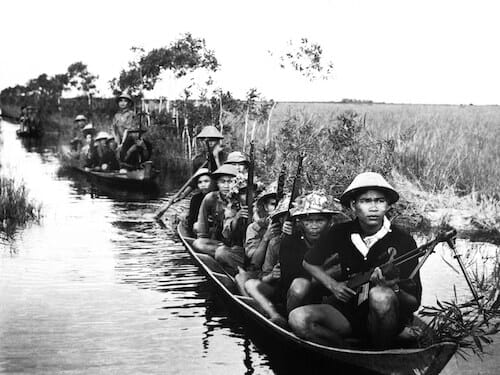 Around four thousand BARs were built for the First World War, and by the end of the conflict nearly ten thousand were being made every month.

So while the BAR may have seen limited service in the First World War, it still was used to great effect as soldiers would use it by ‘walking fire,’ where they would fire the weapon in semi-automatic or fully-automatic from the hip while keeping the weapon slung across their shoulder for stability. This concept would eventually expand into the future when assault rifles such as the STG 44 and AK-47 were introduced.

The BAR continued to be used in service with the United States military after the First World War and became one of the standard firearms in the arsenal. It gained much more prominence during the Second World War, where by this time it was in full service. In fact, it was issued as the sole support fire weapon in a typical twelve man squad, and each soldier was trained with the basics of how to use the weapon if needed. 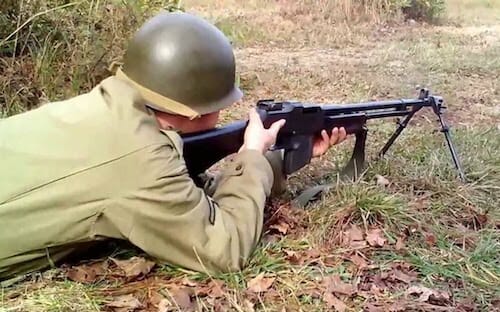 Each infantry company was also assigned three man BAR teams, where one man would operate the weapon, another would assist, and yet another would carry ammunition. This was later reduced to two men BAR teams after it was discovered that a three man team was just a little impractical. One man would serve as the gunner, while the second would assist and also carry extra ammunition.

All in all the BAR was one of the most in-demand firearms for the American military in the Second World War, and the supply could not catch up with the demand. Subsequently, many units had to carry older BARs that had seen service in the First World War.

The BAR also saw extensive service in Korea, which was also the time where the last contract of BARs were shipped out and deployed. The BAR continued to receive praise in the Korean War as well, thanks to its portability, stopping power, and automatic fire that made it an excellent weapon to engage targets at longer distances or against masses of enemy attackers.

Service was much more limited in the Vietnam War, but it still saw some use with the America military in that conflict as well. By then, however, it was decided that the BAR was outdated and that the M14 would replace it, the M1 Garand, the M1 Carbine, and the M3 Grease Gun/Thompson submachine gun all at the same time.

Of course, the M14 was unable to do so, which is why the M16/M4 was eventually adopted.

Today, the BAR is a largely obsolete weapon. Assault rifles such as the M4 is the primary weapon of the United States military today, and light machine guns typically are belt fed to spit out more ammo.

In other words, the BAR is simply obsolete today. It’s long, it’s heavy, and its magazine capacity is limited. Still, it remained in use with the American military in smaller quantities up until the 1970s, and countries who received American military aid would be issued the weapon up until the end of the 20th Century even.

Still, the BAR remains an iconic weapon and there’s no question that it was a highly effective small arm with the United States military from World War I all the way up until Vietnam.