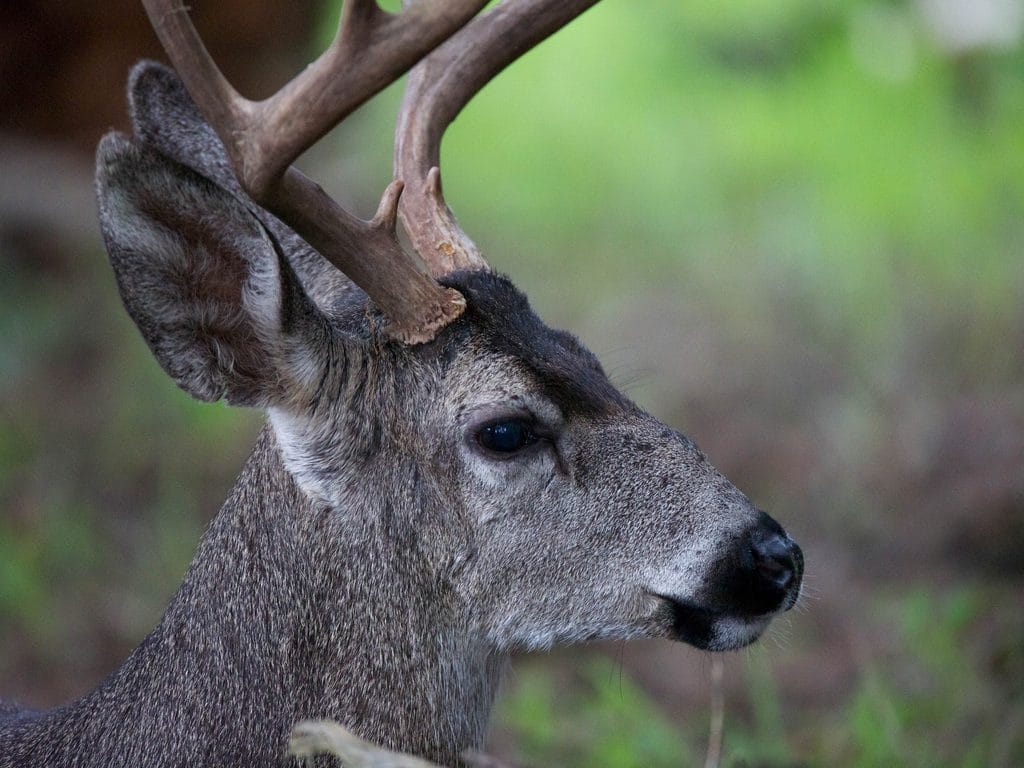 While most deer hunters exploit game in their surroundings, catching a monster whitetail deer is at the top of their dream-hunt bucket list. Still, not every state has enough mature prey neither they meet other relevant conditions needed to become a desired destination for a great hunting adventure. We will look at the 9 best states to hunt whitetail deer.

Let’s take New York as an example. Although the Empire State has a competitive rate of deer harvested, most of them are yearlings, with only 18% of bucks three and a half years old. With the highest average snowfall, you can have a decent harvest in the State of New York, but if you’re looking for your dream hunt, this state doesn’t have much to offer.
Fortunately, there are many states where chasing a whitetail deer can be an unforgettable experience and may even result in harvesting a monster buck, big enough to find its way into the B&C record book.

We compiled a list of the best states you should consider and include into your whitetail deer hunting plans.

With more than 1.6 million acres of public land available, and 5.4 million whitetail deer spread all over the state, Texas is one of the premium deer locations in North America. Hunter success in regions such as the Edward’s Platou run around 78%, with 14.3 deer harvested per 1,000 acres in 2018. The South Texas Plains region is well known for having quality bucks, while deer density is at a pretty high level – 15 to 39 deer per 1,000 acres. Some stats show that 60% of harvested deer are older than three and a half years of age, and in five years, from 2005 to 2010 it had 132 Boone&Crokett entries.

With only 107,446 of acres open to public hunting, which is some 0,7% of the state, whitetail deer hunting in Iowa can bring you an outstanding Booner, but only if you’re privileged enough to hunt on private properties or to afford a sky-high $550 fee for a license and tags.

Iowa has a mild climate and lots of food available for deer to feed on, making it possible for these beautiful creatures to grow in size and develop impressive antlers. This state has produced more trophy deer than any other state in the U.S. The rugged and steep terrain they live on provides them with a chance to stay out of hunters’ sight and enough shelter, so they are able to reach a better age structure.

Wisconsin has more than 7 million acres of public hunting land, the sheer number of prize-winning deer, and is one of the most affordable states for non-residents to hunt, so it could fit perfectly into any hunter’s idea of a great hunting trip. There is a whitetail deer overabundance in many areas, and a need to help the control of the CWD disease which is spreading.

The State of Indiana offers you a 0.84% chance to hunt down the record-book whitetail, which is more than in any other state, while hunters have great odds for a fruitful hunt as the average success rate is 50%. Data also says that 60% of the bucks harvested were 2.5 years or older. Northern areas of Indiana have the highest number of trophy bucks, while the southern part is more populated, so you get to choose what you’re hunting for. Furthermore, Indiana deer hunters can register and try to get access to some privately owned hunting places, which are otherwise publicly inaccessible.

With more than 620,000 of whitetail deer, the Land of Oz will give you the third-best chance to win a monster buck. But, much like Iowa, it is a perfect hunt for the privileged. The majority of hunting land is owned privately, with just 0.8% of open to public hunting. Some private areas can be accessible though, through Walk-In Hunting Access programs. Non-resident permits are available through the drawing process only, and there is a constant rise in the number of applicants. This year, 24,024 hunters applied for a draw, and 88% of them have been successful and are now looking forward to the open season.

With a lot of hunting public lands, long-lasting seasons, and friendly regulations, Kentucky is one of the perfect places for your next deer hunt. Since 2010, hunters in Kentucky have killed 345 B&C bucks, so you may get home with some remarkable antlers too. The archery season starts in early September, so there is a fair chance of getting a few days of good weather for deer hunting, without the wind to affect the precision. This is one of the best states for non-resident hunters, as license costs are pretty decent, and a deer population is stable and healthy.

Deer hunting in Ohio has been kept a secret for a long time, but with as many as 370 B&C bucks killed from 2010, Ohio has become a desired destination for those looking for some great prey, and a chance to win that one buck per year they are allowed. The bow season is long, starting before the rut and lasts for several months, while the firearm season is short. One of the most popular public hunting spaces is Woodbury Wildlife Area, covering some 20,000 acres and hiding many outstanding trophy bucks. The hunting pressure is a bit lower in Conesville Coal Lands, as you’ll need a permit that can easily be secured online or picked up in a bait store.

Missouri has a population of over 1.3 million deer and a lot of public lands open for hunting. Even though there are almost 500,000 hunters annually, the pressure is reasonable. With 210 killed bucks which have entered the B&C record book from 2010, Missouri has a large trophy potential. Non-residents don’t need to go through a draw in order to get a tag. The deer population seems to be stable and have a healthy age structure since 38% of harvested deer are bucks, three and a half years or older.

Mississippi has 514,000 hectares open for public hunting, and enough place to welcome both well-seasoned hunters and beginners. Mississippi ranks second when it comes to harvesting yearlings, but takes the first place in harvesting bucks older than three and a half years old. This state won’t match your goals if you’re looking for a trophy kill, but if you’re interested in catching a great buck in beautiful surroundings and pleasant weather, Mississippi is the place to go. 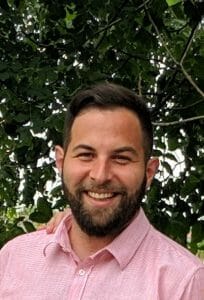 So, with the right bow or the right rifle, you might catch your dream whitetail trophy the very next season and enjoy an unforgettable hunting experience. Just make sure you start with your preparations early, as you will have enough time to acquire all the needed licenses and do just enough pre-season scouting.

Bio: Nemanja is editor-in-chief @TheGearHunt and WalkJogRun. You can find him on Twitter. 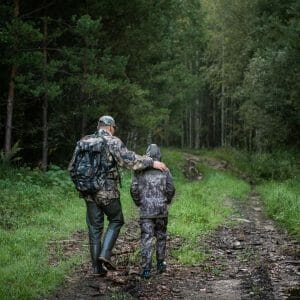 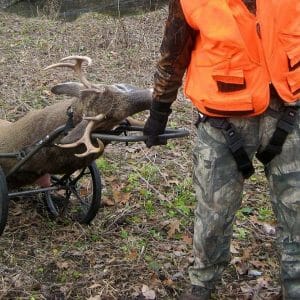 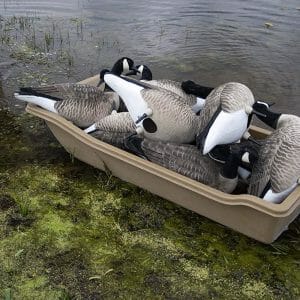 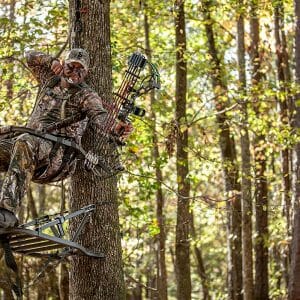 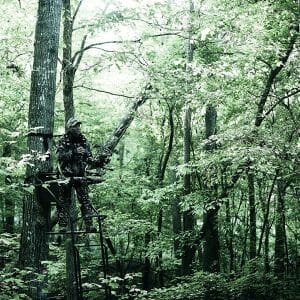 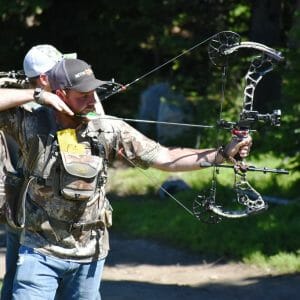 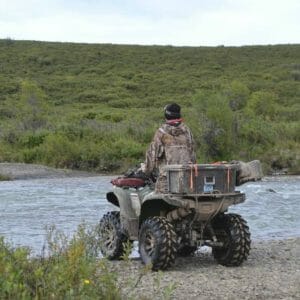 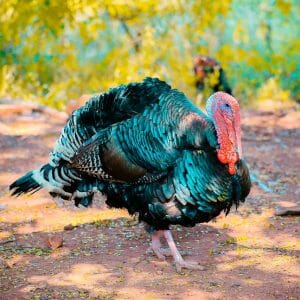 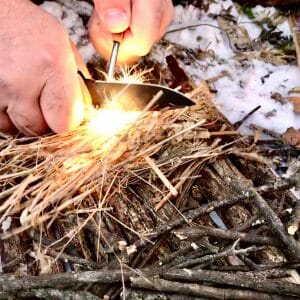 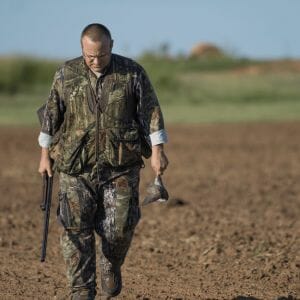 One thought on “9 Best States to Hunt Whitetail Deer”