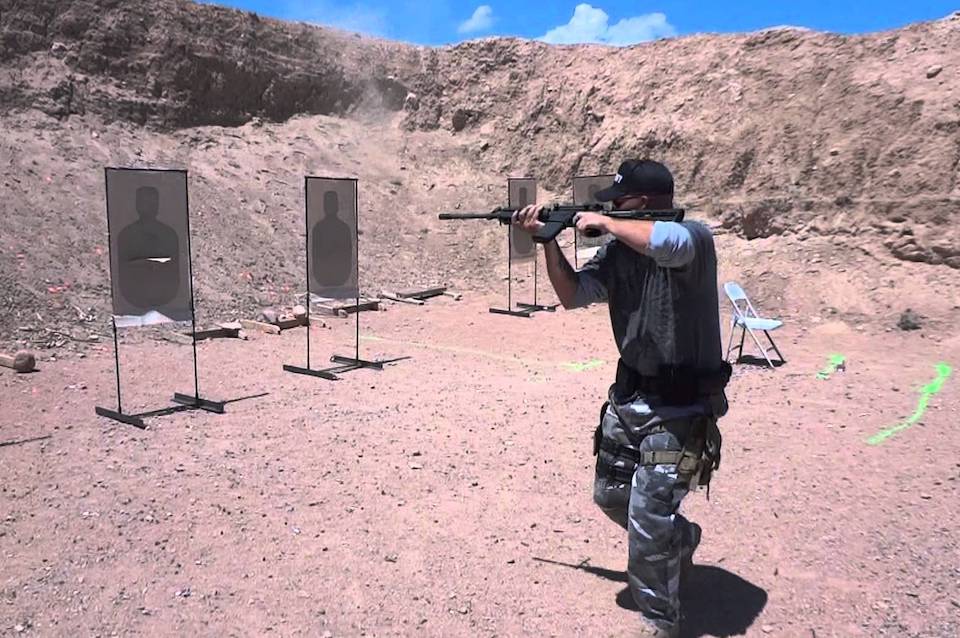 How you handle your firearm is as equally as important as the gun you are using, the ammunition you are packing, and even the plate carrier on your chest.

Having a good, solid stance combined with the working knowledge of proper gun handling techniques can be a game changer when it comes down to a life or death face-off with an assailant.

There are a handful of traditional firing stances that are used today not only out on the range for a practice day, but also stances that are being taught in police academies, boot camps, and other federal organizations. The three traditional stances most commonly used are the Isosceles Stance, Fighting Stance, and the Weaver Stance.

While all of these should still be considered your “go-to” stances, they aren’t well-suited for close quarter self-defense situations.

Luckily, that is the role that the Center Axis Relock system aims to fulfill.

What Is The C.A.R System?

The Center Axis Relock system, also known as C.A.R., is a shooting technique that was developed by law enforcement tactical trainer Paul Castle and taught at the Sabre Tactical Training Center. 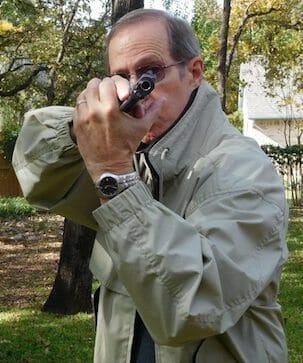 When Paul created the C.A.R system, it was with the belief that better methods of gun handling would drastically save lives while also improving the shooters hit rate. He set out to find a system that would act as a completely integrated combat system that could be used with pistols, shotguns, and rifles alike.

This stance makes good use of your bodies instinctive reactions and gross motor functions in high-stress situations. At the same time, the “high” position is designed to maximize point-shooting ability when engaging a target that’s already at contact distance, all while keeping your gun out of their hands.

What Is The C.A.R. System Useful For?

Statistics show us that most self-defense situations happen within confined spaces and short distance. Usually, this means no more distance between you and your attacker than around 6-10 feet, more often though, it is in the 0-5 feet range.

When in a confined space, a traditional stance just is not going to work very well for you. In a traditional firing stance, your arms need to be able to fully extend. If you are to get into the traditional position, such as the Isosceles Stance, in a close-quarters situation you may find yourself quickly disarmed.

This position in a tight spot will leave you with poor leverage should the attacker get their hands on your gun or can get under your arms. Once that happens, you are completely open, severely restricted, and easily disarmed or otherwise engaged.

It is in these types of situations that the usefulness of the Center Axis Relock system really starts to shine. 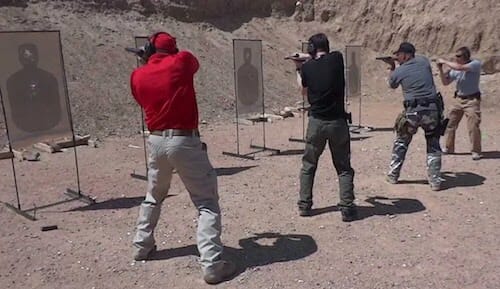 The C.A.R. system is designed to minimize the amount of time between drawing your firearm and getting the target within your sight. Aside from that, it gives you an upper hand over more traditional stances that leave you with your arms extended, giving you an upper hand and better control of your firearm when the situation escalates.

Now, this doesn’t mean that the C.A.R. system is useful in every situation imaginable or that it is better than any other stance or firearm handling techniques. Quite the contrary.

The C.A.R. system was designed specifically for tight situations where maneuverability is simply not a possibility, or, it is extremely limited in the very least. Whereas, the Isosceles Stance and the Weaver Stance both facilitate general use such as practicing at the shooting range or engaging the target at a reasonable distance.

The Isosceles Stance, along with the Weaver Stance both serve their own purposes. For instance, a shooter using the Isosceles Stance is going to hit their mark a lot easier than someone who is using the Center Axis Relock system when shooting any target more than 10-20 yards away.

The C.A.R. system shouldn’t be considered a “one-size-fits-all” technique. Rather, consider it to be just another tool you have at your disposal to remedy a specific problem.

How To Use The Center Axis Relock System

There are two main functions that make up the Center Axis Relock system. Both can be viewed as two individual shooting stances that each serve very specific, yet different purposes.

First, let’s talk about positioning. What makes this stance so rock-solid is the fact that you are assuming a stance that is very reminiscent of a martial arts stance. You are low to the ground and a bit staggered. This simple position harnesses the power of the center axis or “core” of the human body.  By doing this, we instantly gain quite a bit more stability and control over our body.

When it is time to ready yourself to take action, pull the gun up to the middle of your chest with your strong hand (the hand with which you write, otherwise known as your dominant hand), pointing in the direction of the target to either side. With your non-dominant hand, you will grab the top of your strong hand. 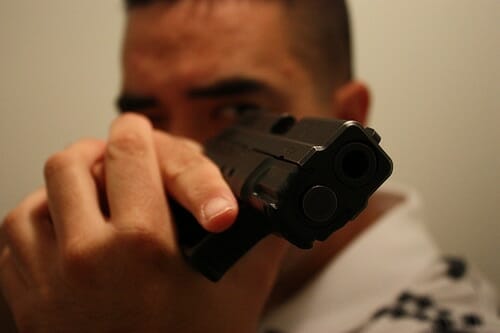 You should now be in a position that is tucked in, firearm in center of the chest, and elbows only slightly extended. When it is time to fire your weapon, you will rotate your support elbow downward as you bring your strong hand up to bring the sight of your firearm into alignment with your strong eye.

This position gives you an advantage when it comes to accuracy as well as support.

Your center axis is giving you stability in this stance but the real difference you will notice is that you have a lot more control over not only a solid stance, but also over your gun directly.

Your support hand gives you a sort of platform to push back on your gun, while your dominant hand pushes it forward toward the target, giving you a shooting experience like you have probably never had before.

The Center Axis Relock system is designed to be used in close quarter combat situations in which you are left with little to no room to maneuver, or when a traditional stance would put you at a disadvantage.

This is a system of gun handling that is being taught at police academies and federal agencies all over the country, and for a very good reason; because it is effective in close-quarter combat.

Do you know of, or perhaps use yourself, a non-traditional stance? Drop us a comment below and let us know about it!