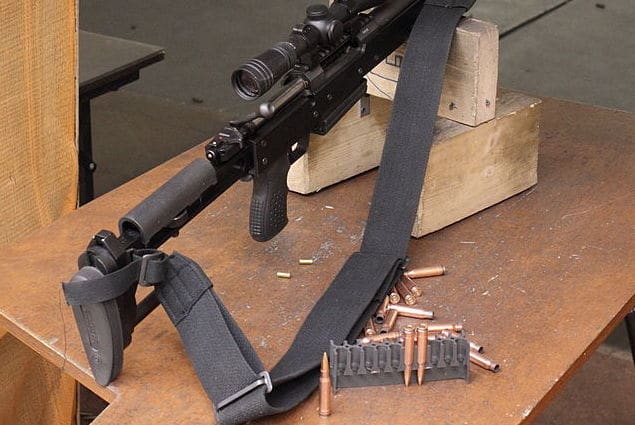 In this article, we will cover and compare the .243 Winchester and .308 Winchester rounds.

The .308 Winchester is the most popular centerfire rifle round in use by hunters today, thanks to its moderate recoil, excellent ballistics, and versatility when it comes to bringing down big game.

Now why compare the .308 to the much smaller .243? After all, they’re not really even in the same class.

The reason is because the .243 is simply a necked down .308. As a result, these two rounds share more in common than you may have initially anticipated. 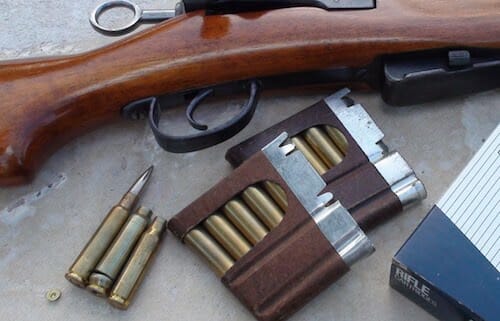 Basically, the .308 Winchester round is simply a civilian version of the 7.62x51mm NATO round, which was originally developed for the M14 rifle.

Today, the .308 Winchester round is enormously popular throughout the world and rifles chambered for it can also chamber and fire the 7.62x51mm, but not the other way around.

The speed and power of the .308 make it a suitable round for snipers and marksmen in a combat situation, or for hunters looking for big game such as deer and elk. In fact, there are very few big game animals in the world that cannot be comfortably brought down with a .308.

Brief History of the .243 Winchester 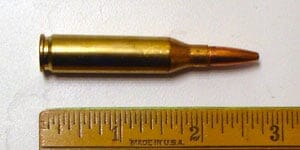 The .243 was developed as a descendant of the .308. The fact that the .243 is essentially a necked down .308 means that the bullets are smaller and less wide.

The .243 was originally introduced in 1955, and gained traction because of its versatility. It can accept bullet weights from fifty up to one hundred grains. It also produces much less recoil than the .308 but with excellent trajectory and velocity making it a wonderful round to use for small game hunting and varmint use/pest control. It can also successfully be used for larger game such as deer.

Now let’s dive into talking about the nitty gritty details of these two rounds. We’ll start with recoil.

Without question, the .243 produces much less felt recoil than the .308. This isn’t just subjective, as it’s really a scientific fact.

Recoil is expressed by feet per pound, and so long as the weight of the actual gun you’re using is the same, the .308 produces much more feet per pound than the .243 (as much as nearly ten feet per pound more).

So in other words, you’re definitely going to feel a significant difference when you fire these two cartridges. The only time the recoil will feel more minimal is if you use a lighter .243 rifle and a heavier .308 rifle. 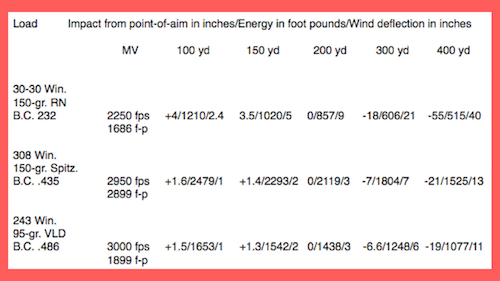 Just as there is a noticeable difference between the recoil of the two calibers, there is also a significant difference when it comes to the energy that they produce. On average, the .308 Winchester can produce a bullet energy of around 2,500 feet per pounds.

In contrast to this, on average, the .243 will produce a bullet energy of around 1,700 feet per pound. 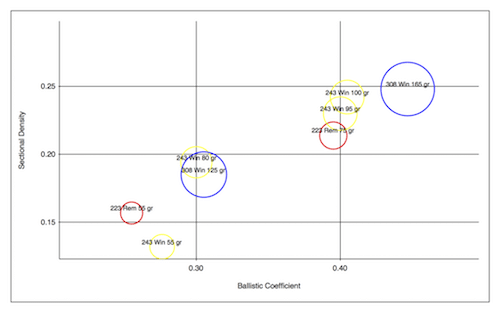 Penetration refers to how far the bullet will travel once it strikes its target. This is imperative for hunting, where you want your bullet to penetrate sufficiently in order to cause maximum damage to the game animal and bring it down ethically with a single shot.

Penetration can be measured using SD, or sectional density. Sectional density is derived from SD along with velocity and bullet type all factor into penetration, and we will discuss how it all ties together in the application section.

When we look at the sectional densities of the .243 and .308 rounds, we see it really comes down to the type of bullet that you are using.

.308 has a higher sectional density than .243 because it is a wider and heavier bullet. But at the same time, the difference in SD between a .308 and a heavy .243 is very minimal, which suggests that their penetration would be roughly the same, with a slight edge going to the .308.

Meanwhile, the difference is much more meaningful when you are using a lighter .243 load, which has a much smaller SD. 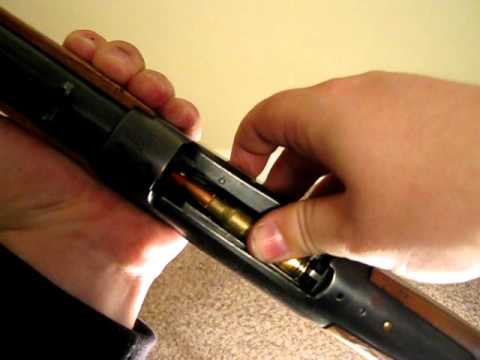 Based on the above information, we can safely conclude the following:

So what does this above information mean?

It means that the .308 is without question the heavier bullet. This also means that .308 is the far superior option for bringing down large gam as well as for long distance shooting.

But it also means that the .308 is not the best choice for recoil sensitive shooters, and furthermore, it may be considered ‘overkill’ on game that is smaller than a deer.

For hunting smaller game such as coyotes, bobcats, ground squirrels, prairie dogs, badgers, varmints, and so on, there is absolutely no question that the .243 Winchester round is better suited for the task.

But for hunting larger game such as elk, the .243 would be far too light and the .308 is better suited for the role.

The two calibers overlap when it comes to hunting deer, as both are adequate for bringing a whitetail or mule deer down. That being said, you would likely rather want a .308 if you were planning on going deer hunting at unusually long distances.

What about for tactical use?

In this department, the .308 is undeniably more popular. It’s been widely accepted by military and police marksmen, sharpshooters, and snipers. Many citizens also wield .308 tactical rifles for long range home and property defense as well.

In particular, semi-automatic .308 rifles with detachable magazines such as the Springfield M1A and any of the AR-10s are very popular with civilians and military and police. They provide you with greater range and power over either a .223 or .243 while also having the ability to conduct tactical reloads thanks to detachable magazines.

If you could only own one over the other, chances are good you would find more practical use for the .308 round, simply because it’s a longer distance shooting round and can be used to hunt almost anything in North America. Furthermore, there are a wider variety of .308 bullet types available as well.