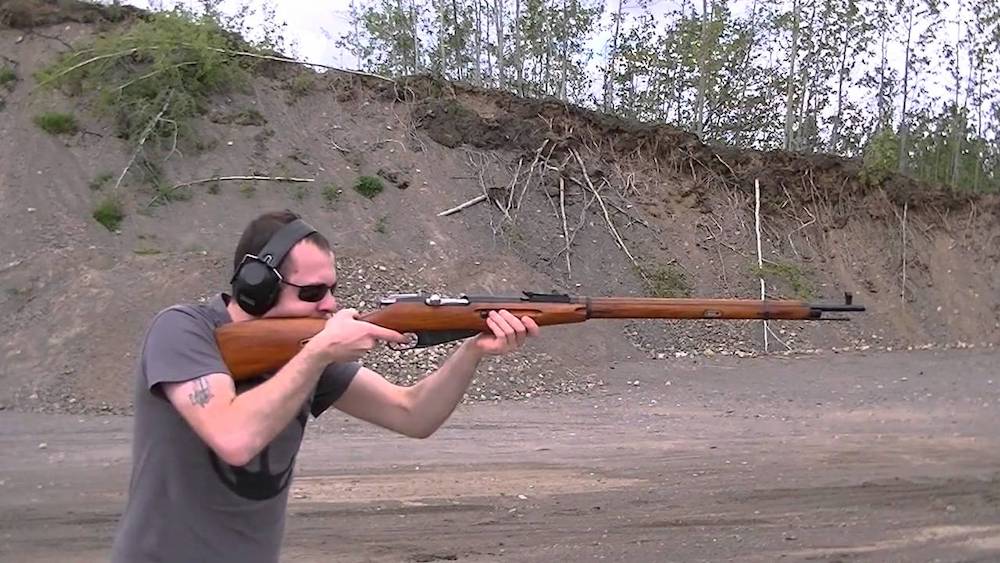 Every true survivalists needs a centerfire rifle, something that can be both used for defense and to bring down big game to put food on the table.

This priority remains the same for those who are on a serious budget. The only difference with those on a budget is that your options are more limited. You may not be able to afford an AR-15 for instance, even if it’s a budget $500 model.

Being on a budget will force you to turn to cheaper options, but still, you don’t want to have to sacrifice quality.

One of the most popular rifles for preppers that provides you with incredible value for the money is the Mosin Nagant M91/30 rifle. Today, these rifles can be easily purchased for the $200 to $300 range, which is up from the $50 to $100 range they were in previously. Safe to say, buying a Mosin-Nagant means you could be making a lucrative investment in addition to getting a rifle that will serve you well in an SHTF scenario.

The Mosin-Nagant is simply a bolt action rifle fed by an internal magazine. It has seen action in numerous wars since its introduction in 1891 and it continues to see service even today.

The Mosin-Nagant is a weapon born and bred for combat use, and even though it may be a bit obsolete today in the 21st Century, beggars can’t be choosers. For $200, you’re getting one of the most durable and battle proven rifles in existence. Who can complain?

Why The Mosin Nagant?

Many consider the Mosin-Nagant to be the ideal budget prepper firearm.

Why? Well, there are a number of reasons. 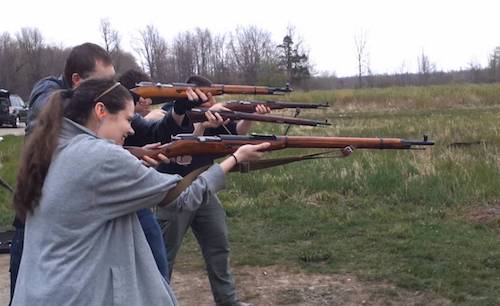 To name a few, the Mosin Nagant is durable, requires preciously little maintenance in order to use in the field, and is also very simple to operate.

Can you work the bolt and pull the trigger? If so, then you can use the Mosin Nagant.

Another benefit to the Mosin Nagant is its caliber: the 7.62x54r. This round is relatively affordable and ballistically is similar to the .30-06 Springfield round, meaning that it is capable of bringing down virtually any big game in North America.

The Mosin Nagant M91/30 is also designed to function properly even in the mud, snow, and ice.

Field stripping is easy, as you simply empty the weapon, pull the bolt back, and then gently squeeze the trigger to release the bolt. At that point, running a bore brush through the barrel is very easy.

For these reasons, it’s easy to see why the Mosin-Nagant is a popular option among preppers.

History of the Mosin-Nagant

The Mosin Nagant was first accepted as the standard service rifle by Russia in 1891. Variants include the full length M1891, M1891/30 (adopted in 1930), and the M38 and M44 carbines. Many other countries also produced Mosin Nagants besides Russia. Chinese Mosins are usually the most inexpensive, while Finnish produced ones are usually considered to be the nicest. 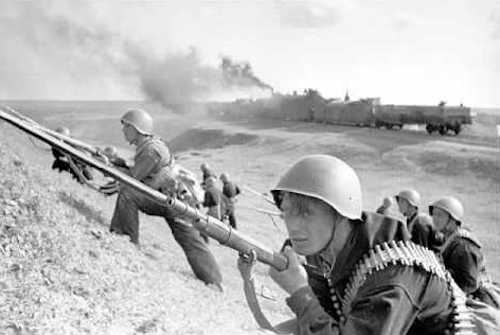 The Russo-Japanese War of 1904 to 1905 was the first major conflict that the Mosin Nagant saw action in.

Next, it saw service in World War I, the Russian Civil War, and in World War II. While the rifle was eventually replaced by the AK-47 in 47, it has continued to see service in numerous conflicts since then, including Korea, Vietnam, Afghanistan, and even in the Syrian Civil War of today.

Advantages of the Mosin Nagant

Here is an outline and discussion of the advantages of the Mosin Nagant:

Prices of Mosin Nagants have risen in recent years. They previously could be bought and sold for $50 to $100, but today, you’re looking at a price of around $300.

Still, that’s an excellent deal and is very cheap in comparison to other rifles. If the value of them continues to increase in future years, and there’s every reason to think that they will, then you could be looking at a nice investment opportunity.

Plus, the ammo 7.62x54r is relatively inexpensive as well. Prices of around $8 per a box of twenty rounds are not uncommon. 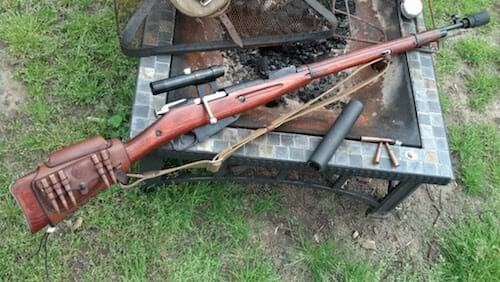 Since the Mosin Nagant is such a popular rifle both worldwide and in the United States, aftermarket support for the rifle is strong. Slings, scopes, bent bolts, trigger upgrades, and stocks to name a few things can be easily found and installed on the rifle.

The 7.62x54r round is very similar to the .30-06 Springfield in terms of its ballistics. As a result, it’s a highly versatile round that can bring down virtually anything in North America thanks to its suitable stopping power. It can also be fired accurately at long distances to hit moving targets. 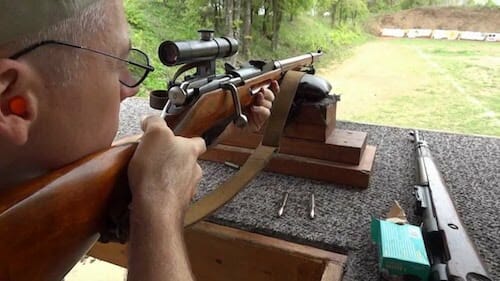 Mosin Nagant rifles are surprisingly accurate, especially the M91/30 variation with the longer sight radius. In fact, the sights on Mosins are designed to help deliver accurate shots out to one and a quarter miles.

You can beat up Mosins and continue to run them. Mud, dirt, snow, ice, rain, and other kinds of inclement weather are absolutely nothing that a Mosin won’t be able to handle.

Removing the bolt on a Mosin Nagant is incredibly easy. Simply unload the rifle, bring the bolt handle from the sight to the up position, depress the trigger, and then gently remove the bolt out of the receiver.

Disadvantages of the Mosin Nagant

The Mosin Nagant is a good rifle but it is still not a perfect one. Here are some disadvantages of the platform: 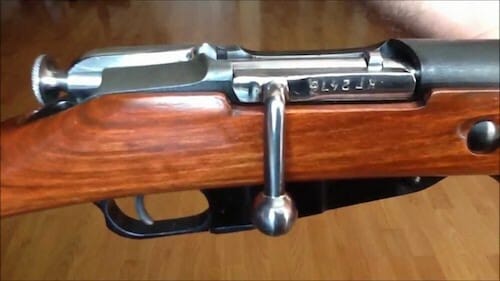 The Mosin Nagant has a manual safety on the rear of the bolt, but it requires a lot of force in order to pull back and engage. It’s hardly convenient or pleasurable to use. Furthermore, the gun needs to be cocked in order to engage the safety.

Mosin Nagants have a little kick to them, especially the shorter M38 and M44 carbine versions. Smaller statured shooters may not appreciate this.

The Mosin Nagant hardly has a great trigger. It’s not awful, but it is rather long and sloppy. Needless to say, you’re not getting a match grade trigger. Many people like to have their Mosin triggers replaced with lighter versions for this reason. 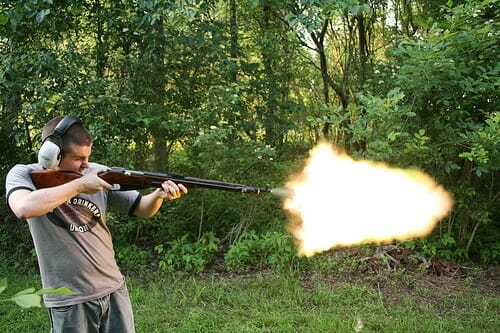 When you first shoot a Mosin Nagant you’ll be quick to notice the large flash at the end of the muzzle. It’s nothing you can’t get used to, like the recoil, but it is still something to be aware about.

Finally, the Mosin Nagant M91/30 is a very long rifle and hardly the best choice for tight corners. It’s going to be very difficult using the rifle indoors or to clear rooms or anything like that. It may also be a problem if you’re outdoors in the trees and brush.

If this is an issue for you, your best bet would be to go with a shorter carbine Mosin like the M38 or M44. These carbine length Mosins are usually a little more expensive and have more recoil, but there’s always a trade off.

The Mosin-Nagant M91/30 may be an outdated weapon but that does not at all mean that it should be underestimated. Durable, versatile, and surprisingly accurate, the Mosin-Nagant is the definition of a cheap and yet dependable military surplus rifle.