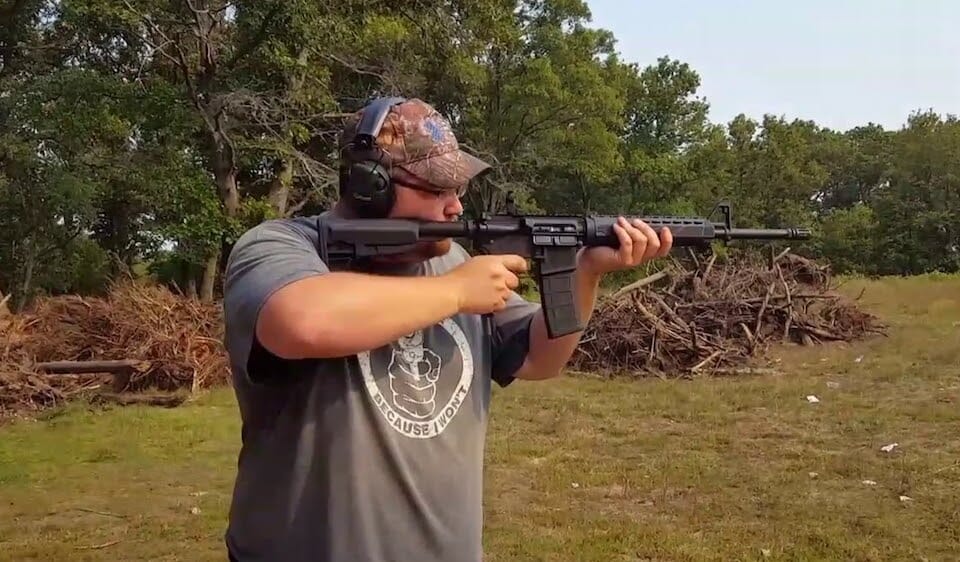 Over the years, I have put numerous rounds of ammo down my trusty Armalite, as well as my DPMS Oracle A3. More recently, however, I had the opportunity to test out a Springfield Saint AR-15 that a buddy of mine has recently picked up.

Now, I will admit, I was a bit apprehensive when he told me that this, what I consider to be an entry-level AR-15, could hold up to my DPMS. But, I will also admit… I was pleasantly surprised.

In this review, I am going to share with you my experience out on the range with the budget-friendly Springfield Saint AR-15. 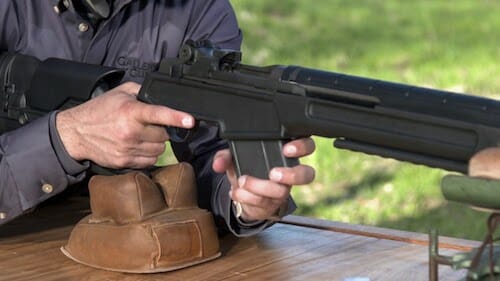 Springfield is probably most widely known for their M1A rifles, as well as their 1911. The way the company had approached the design of their versions of those two models is what really put them on the map as a formidable arms company committed to quality and affordability above all else.

Probably one of the best features of the Springfield Saint when it comes to the overall quality of the build is the structural fortitude.

Over the years, I have come to the realization that a majority of the AR-15s that I have held always feel a bit loosely-assembled. After some fair to moderate use, a normal, completely stock AR-15 tends to rattle a bit or get kind of shaky. You may notice more slack or ‘give’ in your buttstocks and receivers as the friction pins holding them together begin to get looser and looser with each trip to the gun range.

With the Saint, this doesn’t seem to be the case. It has a hardened, durable, and just overall solid feel to it.

Let’s take a look at a few of the core features that really stand out on this rifle.

If you’ve ever shot any other AR-15, you may notice that the upper and lower receivers don’t always sit perfectly flush or even tight. It is a fairly common problem that most, if not all, AR-15 owners have or will run into at some point in the future. Usually, this is more of just an annoyance that can be easily fixed. On the other hand, however, it also doesn’t do your gun safety measures any favors. 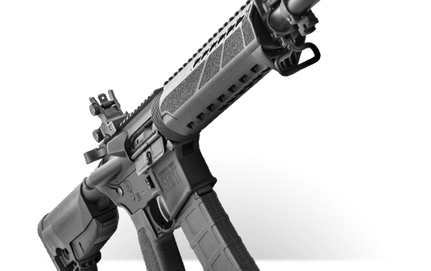 Luckily, this is a thing of the past because Springfield has implemented the Accu-Tite Receiver Mating System to make sure that your receivers don’t have too much play between them and when closed, they are seated flush.

Honestly, it’s probably about to as close to one single piece as you can get without actually making it so.

Both receivers are crafted from Type 3 Hard Coat Anodized Aircraft-Grade 7075 T6 Aluminum, and the upper receiver also features Forward Assist and M4 Feed Ramps. Add to this the Bravo pistol grip that comes stock on this beauty and you have a rifle that is fully dedicated to safety and performance.

Everyone has their favorite type of AR-15 system. But if you are anything like me, you know that there is absolutely no replacement for a decent direct impingement gas system. Coupled with a solid bolt carrier group and you will get the most bang for your buck.

Powering the Saint is a direct mid-length gas system based on a .750 diameter gas block.

Your gun is only as good as your barrel, so they say, and I believe Springfield got the message. I am a huge fan of my Aero 16” .223 Wylde barrel. You might even say I am just a little bit bias, and you would be correct.

Having said that though, and in comparison, to my favorite AR-15 barrel, the Saint comes with a really nice 16-inch Chrome Moly Vanadium barrel, complete with a 1:8 twist rate and a Melonite finish. This is the perfect barrel for anyone looking to shoot a variety of ammunition, will hold up for a lifetime if taken care of, and is above average for what usually comes equipped on most stock entry-level AR-15s. 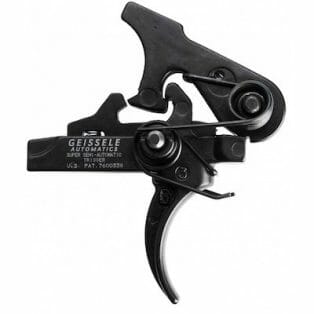 Probably one of my personal favorite features of this rifle is the trigger. Coming in at right around 6 pounds of pull weight it is a smooth pulling trigger. This is the type of resistance you expect to feel on a standard mil-spec rifle. All of the components are micro-polished and treated with Nickel Boron.

It pulls smoothly, doesn’t feel ‘floaty’ or gritty, and has a noticeable break to it when fully squeezed. I have tried all kinds of triggers in my many years of shooting. With all that experience, I can tell you that the trigger that comes stock on this rifle is really decent.

It probably wouldn’t hold a flame to one of my Geissele triggers nor would it be something I would take into competition. Nonetheless, it is good enough to get you started off on the right foot. That is until you can start modifying your features.

Once you are comfortable enough with your new Springfield Saint to start making small modifications to make your shooting sessions that much more pleasurable, there are a couple add-ons that I recommend you try to get your hands on. 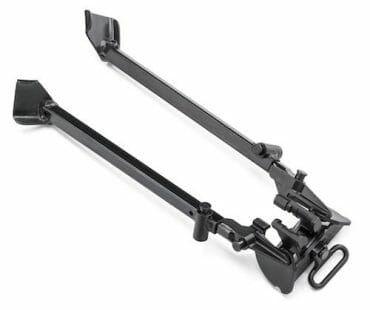 If you are going to be shooting in competition or you are testing your velocity with a chronograph, you need a way to stabilize your rifle so you can achieve peak levels of accuracy. You could always use sandbags to accomplish this, but as anyone who has used sandbags as a shooting rest will tell you, carrying them and setting them up is no fun and takes a large amount of time.

Why not scoop up an AR-15 bipod that you can easily toss into your range bag, instead?

For this, we recommend the Springfield Armory M1A M-2 Bipod. As durable and firm as the Springfield Saint, this bipod holds up just as well. It is capable of keeping your aim true and your rifle stabilized even on rougher terrain. 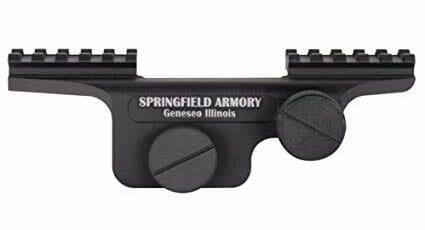 Want to run a scope on top of your Springfield Saint? If so, you need to check out this scope mount from Springfield Armory.

This mount is a solid, one-piece construction crafted from aircraft-grade aluminum. It comes fully equipped with a Picatinny-style rail that will accommodate most scopes. Additionally, this mount will fit most Springfield Armory rifles with the exception of the SOCOM II.

The Springfield Saint AR-15 is a direct gas-powered rifle with some phenomenal features. Features that you will be otherwise hard-pressed to find on any other entry-level AR-15 in the same price range. It is the perfect choice as a starter gun for anyone looking to get into shooting with an AR-15.

I enjoyed my time with the Springfield Saint, and I would probably put it on par with my DPMS.

If you enjoyed this review, drop a comment down below and let me know what you thought. And, if I left anything out that you believe deserves a good mention, let me know about it. Tell me what it is and why it deserves some more of the spotlight!

Until next time, happy shooting.