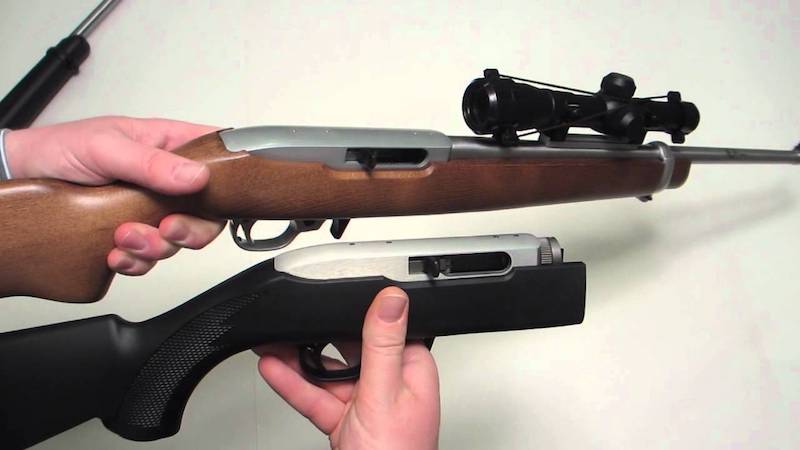 In many ways, the Ruger 10/22 is the ultimate survival rifle: reliable, versatile, customizable, and durable.

But the 10/22 remains one of the most enduring firearms ever made sine it was first introduced in the early 1960s, and considering its never ending popularity, it’s almost certainly a gun that Ruger is never going to stop producing.

Let’s talk about the different reasons as to why the Ruger 10/22 is the ultimate survival rifle.

The Concept of the .22 As A Survival Rifle

First, let’s mention a few reasons why the .22 is a good choice for a survival rifle.

The .22 LR round is the most popular caliber ever invented, and there’s good reason for that: it’s versatile. 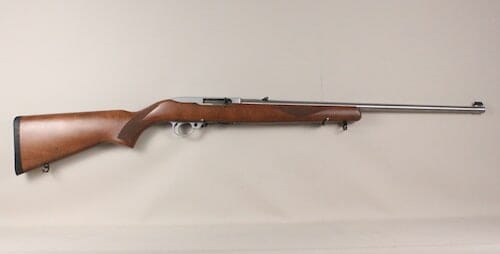 No, it’s not necessary the best choice for bringing down large game such as deer (though it can be done with proper shot placement).

But what the .22 is great for is target shooting, small game hunting, plinking, and training. And while many people would argue otherwise, the truth is the .22 can be used for self-defense if need be. There have been many people in the world since its inception who have used a .22 caliber firearm defensively to save their lives.

It’s also very low recoiling round with limited noise, both of which would be a big advantage in a survival or disaster scenario.

Furthermore, since each individual round is so light and small, you can literally carry hundreds of rounds on your person without really noticing the weight. You can store literally hundreds if not thousands of rounds in the same amount of space that could only hold 50-100 rounds of a larger caliber such as 9mm or .45 ACP.

Instead, they wanted to make an ‘adult’ .22 rifle, or a rifle that had the feel, heft, and build quality of a hunting rifle an adult would use but that fired .22 ammunition.

If you look at the 10/22, you’ll notice that the general outline of it is eerily similar to that of the M1 Carbine .30 caliber that served the U.S. military in World War II and Korea. This was done intentionally by Ruger. 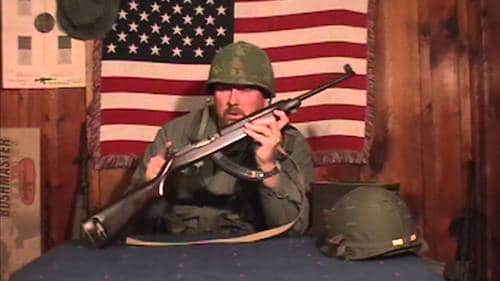 The 10/22 was immediately successful upon release and remains one of Ruger’s bestsellers. It is one of the most customizable guns on the planet, rivaled only by the 1911, Glock, and AR-15.

Standard capacity of the 10/22 is 10 rounds, but Ruger and many third party manufacturers also make 25 round ‘banana’ magazines that are also enormously popular. We’ll talk more about the magazines later because they really are an important part of the gun.

One of the more innovative variants of the 10/22 is the 10/22 Takedown model, which in a matter of mere seconds can be separated into two halves and then carried in a black backpack for easy portability.

It’s this specific variant of the 10/22 that would make for an excellent survivalist’s weapon, because it can be easily carried in a vehicle or packed over your shoulders in the woods while being protected from the outside elements. 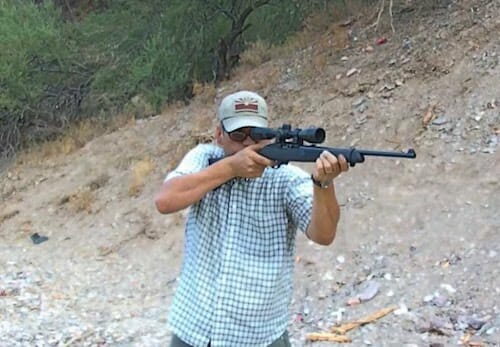 Rimfire firearms in general are well known for not being quite as reliable as their centerfire counterparts. That being said, the 10/22 is about as trouble free of a .2 rifle as you are about to find, being capable of sending several hundred if not thousands of rounds down the firing line before having any remote reliability problems from fouling.

The reason for the 10/22’s superior reliability over other .22 rifles is because it does a better job of managing the carbon that builds up from firing. If you do begin to sustain reliability issues after several hundred or thousand rounds fired, he best course of action would be to squirt the inside of the chamber with some lubricant (such as Hoppes or Rem Oil), wipe it down with a rag or cloth, and it should be functioning properly again.

The 10/22 is designed to be an easily accessible rifle for anyone, and for this reason the price is nowhere near ridiculous. You can expect to pay anywhere from $200 to $300 for a brand new 10/22, and while that’s not the cheapest .22 rifle on the planet, it certainly is a price that most people would be willing to pay.

The 10/22 is also just as accurate as it is reliable. Add a good scope to it, and you’ll have a very deadly weapon your hands. 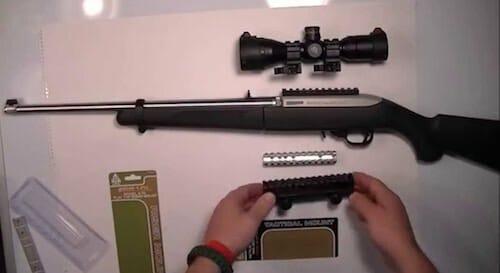 As was noted previously, the 10/22 is one of the most customizable firearms ever made. The only other guns that have an equal or greater number of customization options are the 1911, AR-15, and the Glock pistol.

Customization means you can replace literally everything on the gun, from the barrel to the trigger to the stock and so on. You can buy a 10/22 and then customize it so that it’s a totally different (and better) gun.

Let’s talk about the magazines for the 10/22 a bit, because they really are a big deal and a major part of the gun.

Several competing .22 rifles such as the Henry lever action or the Marlin Model 60 load individually through a magazine tube located under the barrel.

There’s nothing wrong with that system, but it’s also slow and not good for tactical use. 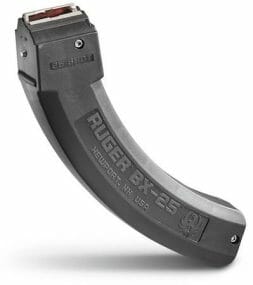 Having the ability to eject a spent magazine and insert a fresh one, much like you would an AR-15 or AK-47, would be a massive advantage in a tactical or defensive situation.

One third party manufacturer, Butler Creek, also makes 10/22 magazines but they are unique in that they have the ability to be attached together ‘jungle style.’ To reload, you would pull out the magazine and then flip it around to insert the fresh one, which is a very practical and speedy way to reload.

In essence, the magazines of the 10/22 greatly add to its value as a survival rifle. 25 or more rounds of .22 LR is a lot of firepower, and even more so if you have even more magazines that enable you to reload quickly.

Does your gun safe have a Ruger 10/22 in it yet? If not, you’ll want to change that. The 10/22 will be a great ally to have in any disaster SHTF scenario or even in your everyday life for a day at the shooting range.