Now that the .22 ammo shortage is coming to an end and .22 LR ammunition is starting to almost become as plentiful (and cheap) as it used to be, .22 firearms are going to be given more attention.

One such .22 firearm is the Henry .22 Lever action rifle, one of the most popular non-semiautomatic .22 long guns on the market today.

In a world where semi-automatic guns like the Ruger 10/22 and Marlin Model 60 dominate the rimfire rifle market, how does the old fashioned Henry lever action hold out on its own?

In the upcoming sections, we’ll cover a very brief history of Henry Repeating Arms as a company, the rationale for owning a lever action .22, the features of the Henry .22 Lever Action, and then the pros and cons of the rifle.

Henry Repeating Arms was founded as a company in 1993 and began to manufacture rifles in 1997. The company purchased the rights to the famous firearms name ‘Henry’ and currently manufacture their products out of New Jersey.

Today, they produce over three hundred thousand firearms every year, making them the 7th most productive gun manufacturer in America. 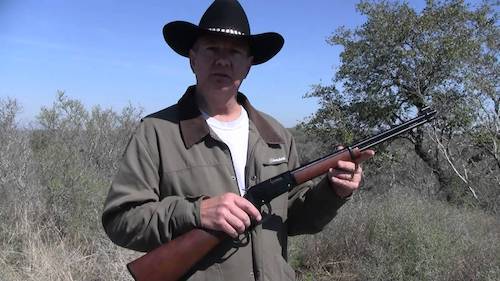 As we’ll talk about later, the Henry .22 has a very smooth action (something the company is well-known for) and simply racking the lever back and forth is very pleasant to do.

Add that to the fact that you can spit bullets downrange at a high volume to hit soda cans or other kinds of targets, and it’s easy to see how the Henry .22 can be enormously fun both in theory and in practice.

But there are more reasons to own a lever action .22 beyond the fact that it’s a fun range toy.

For one thing, the Henry .22 is capable of chambering multiple types of rimfire ammunition. In addition to the popular .22 LR, it can also chamber and fire .22 Magnum, .22 Short, and .17 HMR.

This is something that magazine fed rimfire rifles such as the Ruger 10/22 are simply unable to do. So in a disaster/SHTF type of situation where you’ll be scrambling to use any ammunition you can manage to find lying around, having a gun that can load, chamber, and fire multiple types of ammo will be a big deal.

A lever action .22 can also do just about anything any normal .22 can be expected to do:

The Henry Lever Action .22 can be used for each of those above purposes, just like a semi-automatic could as well. So even though the Henry may be traditional and old fashioned, it still has perfect relevance today in the 21st Century.

Features Of The Henry .22 Lever Action

In the days before the era of the reliable semi-automatic .22, a lever action would have been the fastest way to send lots of rounds downrange in the shortest amount of time

And even today, the lever action is a formidable weapon for spitting out bullets quickly. One of the most renowned features of the Henry lever action rifles in general is their incredibly smooth action, which makes ejecting and re-chambering rounds even easier.

It’s definitely something you need to experience and is reason enough alone to buy this rifle.There’s simply no other gun like the Henry .22 because of it.

Another nice feature of the Henry .22 besides its smooth and solid action is its smooth and solid walnut stock. When you pick up the Henry, it doesn’t feel like a toy. It feels like the same level of quality as a larger caliber rifle such as a .30-30. The craftsmanship of the stock as a whole is admirable and is something you would expect on a higher priced firearm.

It should be noted that as the Henry is a traditional and old-fashioned rifle, there aren’t exactly very many ‘cool features’ on it in comparison to more modern rifles such as ARs. Rather, the main appeal of the Henry is in the quality of its stock and especially in its action.

The sights, for example, are very basic. The front sight is non-adjustable and is literally molded into the barrel.The rear sight, however, can be adjusted for windage.

The Henry also loads via a magazine tube underneath the barrel similar to a Marlin Model 60. This system has its advantages and disadvantages.On one hand, it’s easy and fast to load quickly once you pull out the inner magazine tube.

But on the other hand, if you lose that inner magazine tube (and it’s perfectly possible to lose it), you’re out of luck. Furthermore, tactical reloads are practically impossible. Whereas with a traditional lever action where you load through the loading gate, you can fire one or two shots, load one or two shots, and so on.

With the Henry .22, you’re not able to do that. It’s much more convenient to just fire all of your shots at once and then remove the inner magazine tube to reload all fifteen shots.

There is also no external safety on the Henry, but the hammer does have a half cock position. Nonetheless, it’s safer just to not have a round in the chamber while you’re stomping about in the woods. Since the action is so smooth, you can quickly and easily chamber a round should you need to fire quickly anyway.

The Henry .22 Lever Action is affordably priced (these rifles are commonly available for $400 or sometimes even less), but this price did not come without making some sacrifices.

For instance, while the Henry looks to be all-blued, the reality is that the receiver (which is built out of aluminum, by the way) is actually painted, and can actually wear off faster than bluing can. It looks nice, yes, but just know that you’re not getting an all-blued rifle.

Pros and Cons of The Henry Lever Action .22

In conclusion, the Henry .22 Lever Action is a solid weapon for the money. The action is smooth, the walnut stock is solid, and the rifle is just a whole lot of fun to plink with.

On the other hand, Henry did make some compromises to keep the price low, particularly in regards to the rudimentary front sight and the painting job rather than bluing on the receiver.

So is it worth to buy the Henry .22? While it may not be a more practical choice in the 21st Century than a semi-automatic such as the Ruger 10/22, it’s absolutely worth the money it’s priced at. What you don’t get in features or innovation is made up for in the quality and the traditional look.

But one thing in particular is absolutely not up for dispute: if you specifically want a lever action .22 rifle, the Henry should be your first pick.