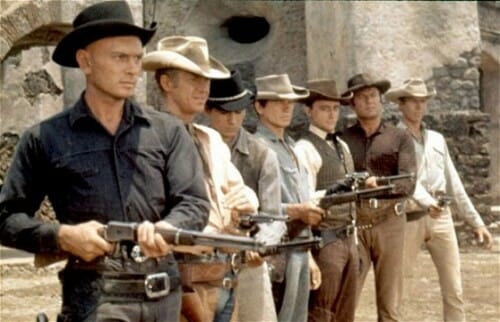 Guns have been part of the United States since that fateful day in 1776 when the Founding Fathers declared independence. In this article we will look at 5 iconic firearms that shaped the American West.

The right to bear arms is so fundamental to the nation that it’s in the Bill of Rights, and American firearm manufacturers have consistently pushed technology to its limits in designing newer, better guns.

There’s no way anyone could name just one firearm as the nation’s most iconic, and that’s a testament to the amazing firearms that have graced the American frontier, the wild West, the trenches of World War I and many other historic settings.

Still, a select few American guns stand above the rest. 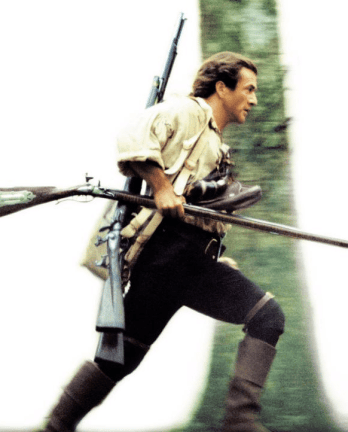 It makes sense to start at the beginning, and the Kentucky flintlock rifle has been here in the United States since the very beginning. This gun is also known as the Pennsylvania rifle, or simply the long rifle, and it lives up to that latter title with a barrel that could be anywhere from 32 inches to over 48 inches. The reason it was called the Pennsylvania rifle is simply because the rifle was originally made in the Quaker state in the early 18th century.

The long barrel made the gun different than the muskets that were popular at the time among Europeans, and the Kentucky flintlock rifle also had an advantage in accuracy thanks to the spiral grooves in its bore, commonly known as rifling. It was easy to shoot accurately with the rifle at 100 yards, and an experienced marksman could put a shot on target from well over 200 yards away.

Experienced marksman weren’t hard to find, either. Americans on the frontier would use the rifle all the time for hunting, and by the time the French and Indian War began, they were practically snipers. They’d continue to use this rifle during the Revolutionary War and until the Mexican American War.

Given that “The Patriot” was set during the Revolutionary War, it’s no surprise that the Kentucky flintlock rifle was featured heavily in the movie. The movie received some criticism for failing to portray historical events accurately, but one thing that was accurate was star Mel Gibson’s use of the rifle, as he trained with it quite a bit before filming the movie.

There have been many high quality American-made handguns, but perhaps none is as beloved as the Colt 1911. John Browning, one of if not the greatest firearms designers in history, designed the Colt 1911. The gun spawned many variants, as each manufacturer would release its own version. There are dozens of manufacturers that sell versions of the 1911 today, and they’re available at just about every price point.

The most impressive feature of the Colt 1911 is how the design of the gun has remained effective for over a century. The gun first came out in 1911, hence the name, and it was the sidearm of choice for the U.S. military until 1986, when the Beretta M9 took its place. Despite that, it is still a popular choice among soldiers. Although manufacturers release new versions of the 1911 with novel manufacturing processes, the major design components are largely unchanged.

When Browning was designing the gun, the military wanted it to have a caliber of .45ACP because of that round’s stopping power. Most 1911s are that caliber, but there are also 1911s in other calibers.

The Colt 1911 has a significant role in “Letters from Iwo Jima,” directed by another American icon, Clint Eastwood. Ken Watanabe’s character, General Tadamichi Kuribayashi, receives a Colt 1911 with an ivory handle while he’s visiting the United States.

This is another famous design by the legendary John Browning, and just like with the Colt 1911, the Winchester Model 1887 both raised the bar for its time and remained effective for generations. Before this gun came out, your typical shotgun had a capacity of two rounds, which didn’t exactly give you much to work with. Browning actually wanted to make a pump-action shotgun and later would, but at the time, Winchester felt that its brand was lever-action guns.

Unlike the previous two guns on this list, the Winchester Model 1887 didn’t play a large role in any wars. Instead, it was the type of gun chosen by sheriffs, cowboys and outlaws. It wasn’t exactly high capacity at five rounds, but it could hold more rounds than any other shotgun when it first came out. There was a 10-gauge and 12-gauge version available.

Winchester made its Model 1887 for four years but ceased production in 1901 because it needed a shotgun strong enough for smokeless powder shotshells. The gun was then updated and became the Model 1901, which Winchester produced from 1901 to 1920, although that was only available in a 10-gauge version. Other manufacturers have since released their own reproductions.

Most of us will have automatically associate this shotgun with “Terminator 2: Judgment Day” because it’s the weapon of choice of Arnold Schwarzenegger’s Terminator character for the majority of the movie. Now, the shotgun in the movie looks a bit different from the original Model 1887 because the filmmakers made some modifications.

The movie had two functioning versions of the gun and one rubber prop gun. One of the versions had the barrel and stock sawn off along with a cutaway trigger guard. The other was the same except it also featured a large-lever loop, which allowed Schwarzenegger to cock the gun by spinning it on one hand. 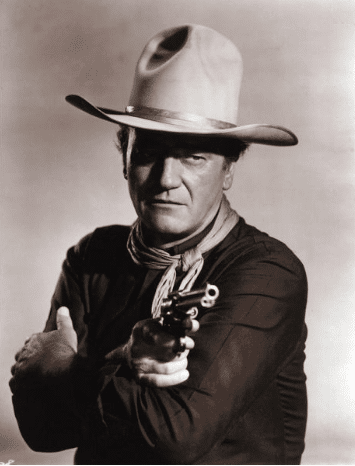 No list of iconic American guns would be complete without a revolver, and when it comes to revolvers, the Colt Single Action Army has stood the test of time.

Sometimes known as the ‘cowboy gun,’ the two Colt engineers in charge of designing the gun were William Mason and Charles Brinckerhoff Richards. The gun’s first generation lasted from 1873 to 1941, with Colt producing over 350,000 SAA pistols.

The gun was originally a .45 caliber, although it would later be available in several other calibers. When the gun first came out, there were three different barrel lengths, and each had a corresponding title. The shortest was the Civilian model, also known as the Gunfighter model, which had a 4 ¾-inch barrel. Next was the Artillery model with a 5 ½-inch barrel. Finally, there was the Cavalry Standard model, which got its name because it was issued to the U.S. Cavalry. That model came with a 7 ½-inch barrel.

The Colt Single Action Army served as the standard-issue sidearm for the U.S. military from 1873 until 1892. It was then brought back into action during the Philippine American War because the sidearm chosen to replace it, the .38 Long Colt, didn’t have enough stopping power.

American soldiers found that the .45-caliber Colt Single Action Army was better at putting down the Moro guerillas, who often took drugs before battle to increase their pain tolerance. It was for this reason that the military required its next sidearm to be a .45 caliber, leading to the creation of the Colt 1911.

A fixture in numerous Western movies, the Colt Single Action Army is the revolver that John Wayne carries in several of his most popular films, including the classic “The Man Who Shot Liberty Valance.” John Ford, considered one of the greatest filmmakers of all time, directed that film and several others starring Wayne.

ArmaLite originally developed the AR-15, and the letters “AR” stand for “ArmaLite Rifle” (not “assault rifle”, a common misconception). The U.S. military began looking for a new rifle after World War II, and by 1956, ArmaLite was submitting the prototypes on its AR-10 for testing. Even though the rifle performed well, the U.S. military went with the M14 instead. However, the M14 left soldiers outgunned in confrontations with enemies wielding AK-47s.

The military eventually decided that it needed a rifle that had a balance between the power of the M14 and the lightweight design of the M2. ArmaLite updated the AR-10, creating the AR-15. Just a couple years later, the company had financial problems and sold rights on the gun to Colt.

After one of Colt’s redesigns, the company renamed the rifle, calling it the M16. It still used the AR-15 name, except that now refers to the civilian version of the rifle. The primary difference between the two is that the M16 has the capability to fire fully automatic, whereas the AR-15 can only fire its ammunition semi-automatically.

The AR-15 has since become the most popular rifle in the United States. The situation is similar to what happened with the Colt 1911, where other manufacturers used the same platform to release their own versions of a gun. Today, AR-15s are available from many manufacturers, starting at only a few hundred dollars for budget models and going up to several thousand dollars for the top-of-the-market options.

Many gun owners choose to order the parts themselves and build their own AR-15s. The gun is simple enough to field strip and put back together, and there are all kinds of customization options available. You can get all the parts and put one together from scratch, get an assembled lower or upper receiver and build the rest, or add parts here and there, such as a new trigger, bolt carrier group or barrel.

The AR-15 and the M16 have made plenty of appearances in both movies and TV shows. In the frenetic action movie “John Wick 2,” the titular character pays a visit to an armory and one of the weapons he picks up is a TTI TR-1 AR-15, a higher end AR model.

This is only the tip of the iceberg when it comes to iconic American firearms, and admittedly, there are plenty of great guns that have been left off this list.

But these five firearms all stood the test of time with decades of service, and played a significant role in American history.

Did we leave anything off the list? Please drop a note in the comments and let us know! 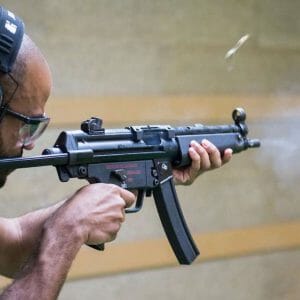 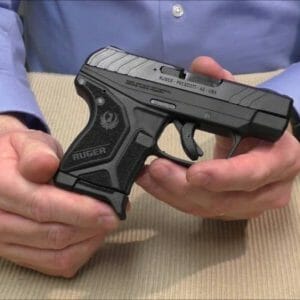 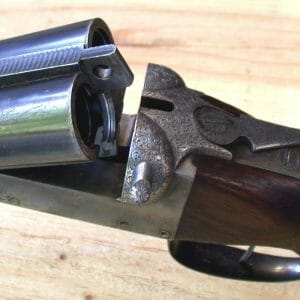 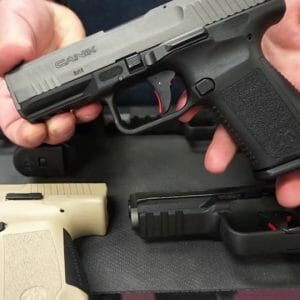 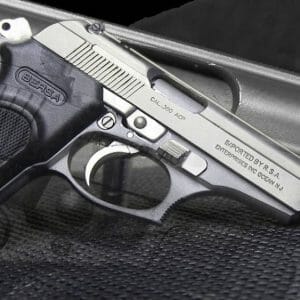 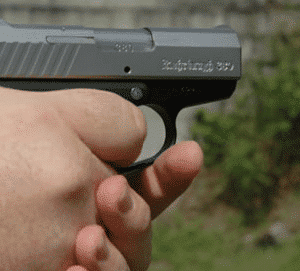 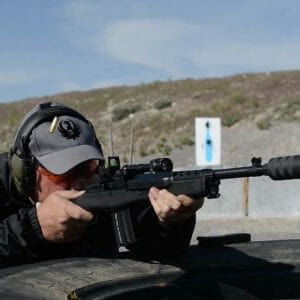 5 thoughts on “5 Iconic Firearms That Shaped the American West”