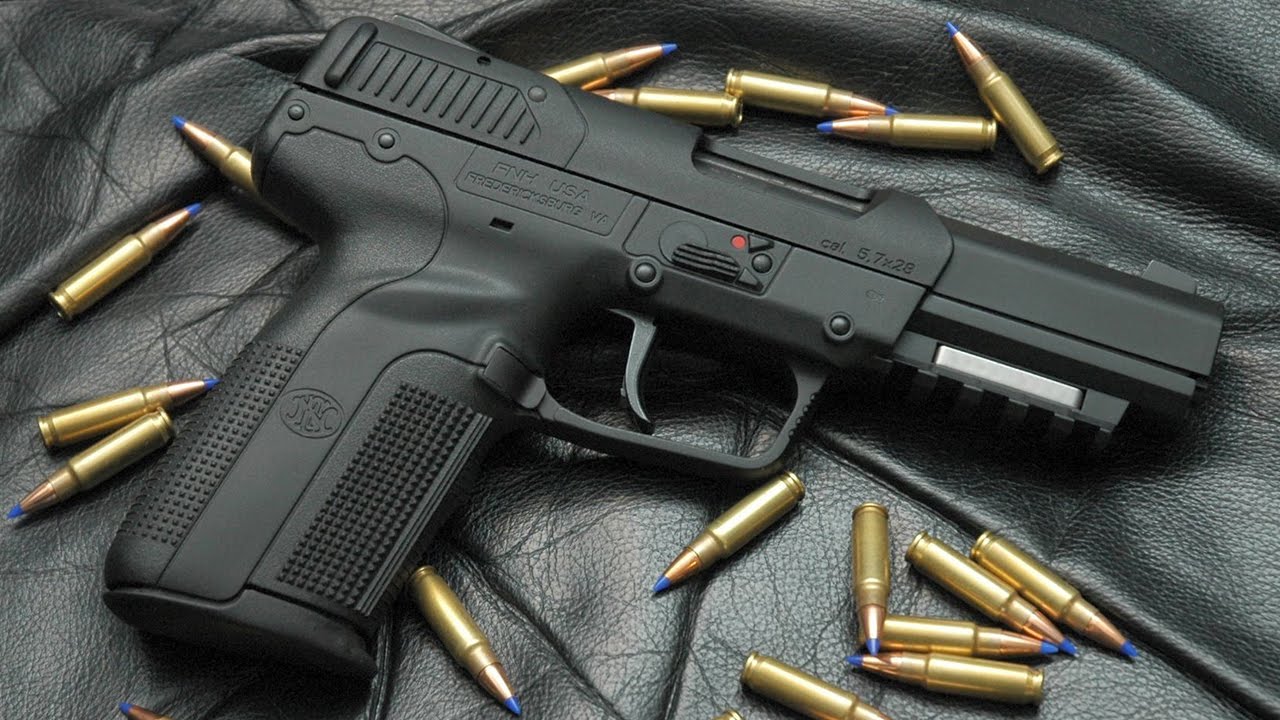 One of the most controversial pistols ever made, bar none, is the FN Five-seven pistol. Manufactured out of Belgium by FN Herstal, the pistol is so named for its 5.7mm bullet, the same round that is used in the P90 submachine gun.

There are several reasons why the FN Five Seven is such a notable pistol. It carries a whopping 20 rounds in the magazine plus an additional round in the chamber, and it also produces only around two thirds of the recoil of the 9mm Luger round, make it considerably more controllable.

That’s also not to mention that the 5.7mm bullet itself is very unique. It was designed originally for the FN P90 Personal Defense weapon, and is often compared to the .22 Magnum. The FN Five-Seven served as a ‘companion piece’ to the P90 in many ways, in that it was built around the same caliber and using many of the same materials.

But there are other reasons why the Five Seven pistol is so controversial as well, and a lot of those reasons have to do with politics. Vocal supporters of gun control, for example, often condemn the Five Seven pistol as being unsuitable for civilians. Indeed, FN originally sold the pistol only to law enforcement and military units across the globe before finally selling the pistol to civilians beginning in 2004.

This article will dive into the history and development of the Five Seven pistol, its features, and why exactly it’s one of the most controversial guns ever made:

History of the FN Five Seven

The story of the Five Seven begins with the development of the 5.7x28mm ammunition that was developed by FN for the P90 PDW (Personal Defense Weapon). 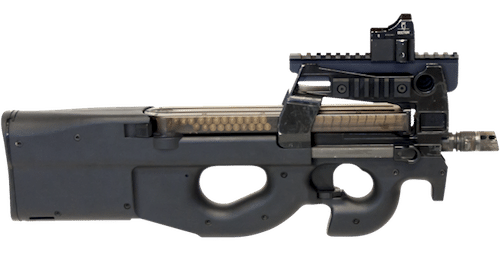 In the late 1980s, NATO was searching for a potential replacement to the 9x19mm Luger round and specifically wanted the new caliber to be used in both a shoulder fired firearm of some kind as well as a handgun.

Specifically, the new caliber was to have greater accuracy and range than the 9mm, while also being capable of penetrating through most types of body armor. The caliber was also intended to be used as a defensive weapon rather than an offensive one, or as a last resort type of weapon.

The P90 was released in 1990 for the new 5.7x28mm caliber. The patent was submitted for the Five Seven pistol in the year 1993. But it wasn’t until 2000, at the turn of the new millennium, when the Five Seven officially went into service with law enforcement and special forces groups across the world, beginning with the Cypriot National Guard who ordered two hundred and fifty units of the pistol.

The Five Seven was soon adopted by many more law enforcement and military units, and FN began offering the gun to American civilians following the expiration of the 1994 Assault Weapons Ban in 2004. The pistol became enormously popular with American shooters due to its unique design and caliber, but it also began to attract the serious attention of gun control groups a well.

Controversy of the Five Seven

FN claimed that the Five Seven would be a suitable civilian tool for home defense, personal protection, and target shooting.

The Brady Campaign took notice of the weapon and opposed its importation into the United States on the grounds that the 5.7mm round penetrated Level IIA Kevlar vests and was therefore not a gun that belonged in the hands of civilians. 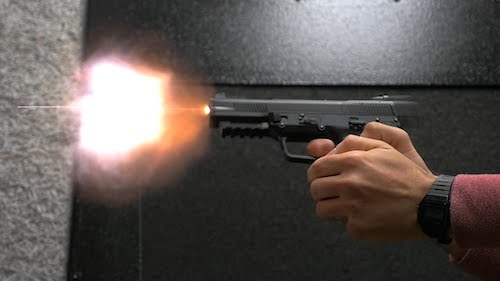 Perhaps not surprisingly, the Brady Campaign’s crusade against the Five Seven was countered by the National Rifle Association, who claimed that FN was not offering armor piercing rounds to civilians.

The Brady Campaign even turned to Congress in an attempt to ban the weapon. H.R. 1136 was introduced into the House of Representatives and S. 527 into the Senate to try and stop the weapon from being sold to civilians, but both measures failed and were never even brought up for a vote.

To this day, gun control groups have not stopped in trying to ban the Five Seven pistol. Other arguments that are often brought up against the Five Seven include the fact that it is heavily favored by Latin American drug cartels against the police, and the fact that it was the weapon of choice by the shooter in the November 2009 Ford Hood shooting, where it was used to kill thirteen people and wound a further twenty-nine.

Numerous gun control groups then submitted letters to then President Obama to try and have the weapon banned again, and another measure was introduced into the House to try and ban the weapon, but as with before, these measures failed.

Today, the Five Seven remains fully legal to own for American civilians, and FN assures that only sporting ammunition for the pistol is available to buy.

The FN Five Seven is a delayed blowback pistol with a concealed hammer and polymer frame. The inside of the pistol is designed of steel, specifically with the pins, springs, trigger, and barrel.

The overall weight of the pistol is rather light at one and a half pounds, even when loaded with the fully twenty rounds in the magazine. 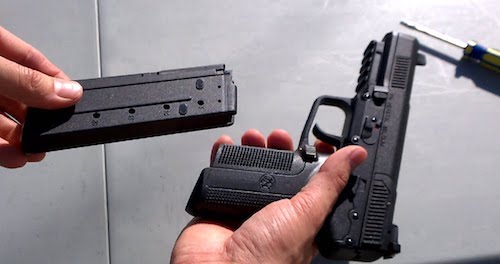 The Five Seven is also a full-size pistol, with a height of nearly five and a half inches and a length of just over eight inches. The grip angle is identical to the 1911 pistol, which is a very pointable firearm because of the grip alone, and so that no doubt contributes the Five Seven’s shootability and thus its popularity as well.

Even though the 5.7 is a long round, the grip of the Five Seven is not any larger than the Beretta M9, which has been the standard issue military sidearm since 1985 (currently being phased out by the SIG Sauer P320).

The barrel of the Five Seven is also worth of note, as it should have a 58% more service life than a 9mm barrel thanks to the lesser pressure of the 5.7 ammo. FN claims that the Five Seven can last a minimum of twenty thousands rounds without issues and while preserving accuracy.

The Five Seven also sports a Picatinny rail and a magazine safety mechanism that prevents the weapon from being fired without a magazine inserted.

In summary, the Five Seven is an excellent weapon for home defense, self-defense, or casual target shooting. With its inherent accuracy, long service life, and unique caliber, there’s simply no other pistol on the market that is anywhere quite like it.

One thought on “The Most Controversial Pistol Ever Made: FN Five Seven”