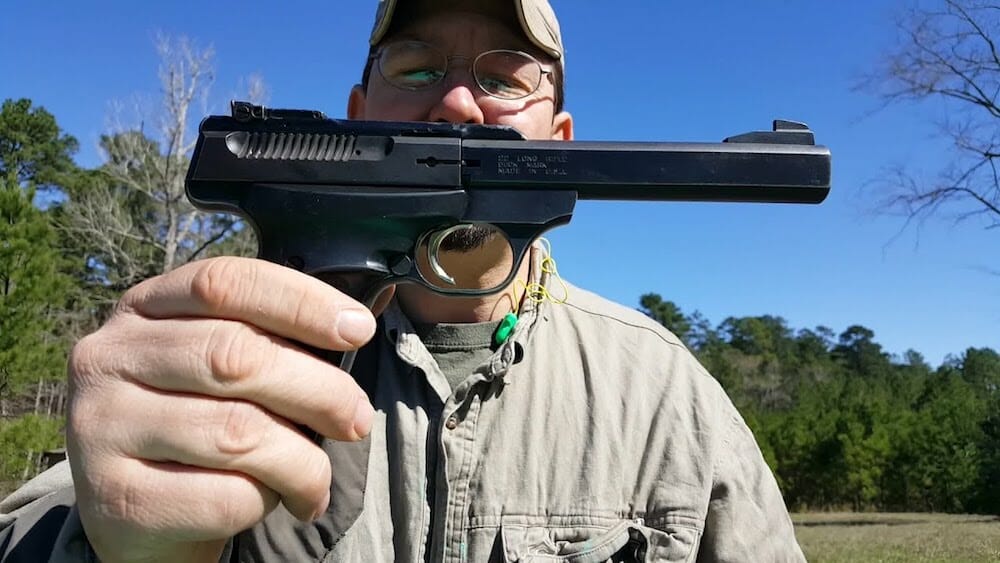 Everyone should have at least two .22 firearms in their collection: a rifle and a handgun.

Let’s talk about the latter of those two for a bit.

If you currently don’t have a .22 pistol in your collection, you need one! We’ll get to why in a second.

And if you’re not sure which .22 pistol you exactly need, there are numerous options on the table before you: the Ruger Mark Series, Ruger SR22, the Walther P22 or PPQ 22, the Smith & Wesson Victory, and the Beretta Neos to name a few.

But one more .22 pistol that you absolutely won’t want to overlook is the Browning Buckmark. This is currently the third best-selling .22 pistol in the United States, after the Ruger Mark-series and the Walther P22, so it naturally deserves your attention.

In fact, the Browning Buckmark is currently the flagship pistol in Browning’s firearm line, and it has been for many years.

Is the Browning Buckmark the only good .22 pistol on the market? No, but at the same time, it’s also criminally overlooked and underrated.

First, let’s talk about why you need a .22 pistol to begin with. A common piece of advice given in regards to guns is that every person needs to have at least one .22 rifle in their collection, and that’s absolutely true. 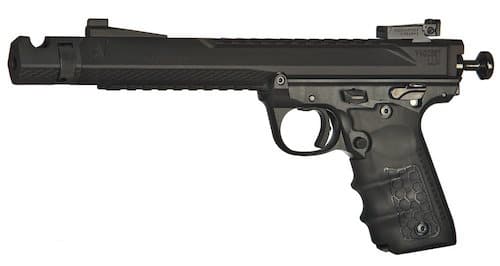 But you would also be wise to include a .22 pistol to complement that rifle as well.

Foremost, the .22 LR caliber is one of the most versatile and practical that you can possibly own. It’s very quiet, has low recoil, is great for training purposes, and can be bought in bulk at low prices. It’s very effective for pest control and small game hunting as well, and if you need to train anybody new how to shoot, it’s certainly the round to start with. 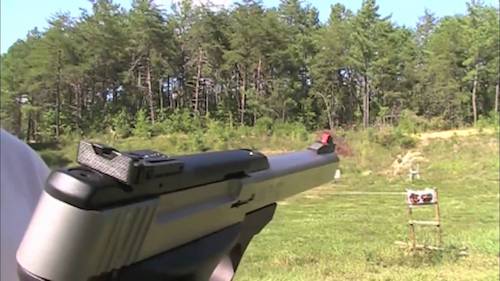 Finally, if you’re walking around your homestead or property looking for small game or pests, who says you have to lug around a rifle over your shoulder when you could just as easily have a pistol holstered on your hip?

For these reasons, owning BOTH a .22 pistol and a rifle is vitally important. Both have their uses. And if you’re currently looking for a .22 pistol, the Browning Buckmark should definitely be on your short list of possible candidates.

Overview of the Browning Buckmark

The Browning Buckmark is designed using a blowback action. The frame of the pistol is built out of 7075 aluminum alloy steel, and the magazine holds ten rounds of .22 LR ammunition with one more round in the chamber for a grand total of eleven rounds. 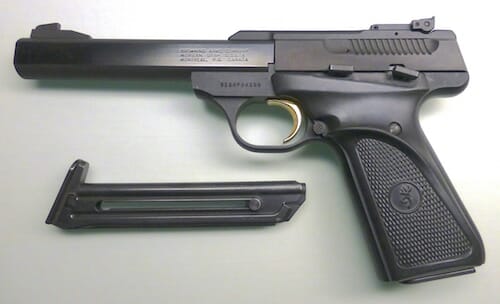 The pistol features a slide release as well as a manual thumb safety on the side; the safety also prevents the slide from moving back.

All variants of the Browning Buckmark pistol feature iron sights and the rear sight is adjustable. Sometimes, on the more expensive models, there will be a fiber optic front sight.

The grips of the pistol also change depending on the variant. Some feature finger grooves and others lack it; some feature rubberized groups, others plastic, and other wooden grips.

Speaking of the grips of the Browning Buckmark, it truly is one of the hallmarks of the pistol. It’s purely subjective, but many people believe that the grips of the Buckmark are more ergonomic than those of its top rival, the Ruger Mark series. The grip angle is very natural, similar to a 1911, and the finger grooves only help make the grip melt in your hand.

Another nice feature of the Buckmark is the trigger, which is one of the lightest and crispest of any .22 pistol on the market. The triggers on the Buckmark are also notable for being gold covered, which gives the Buckmark a nice, elegant look. 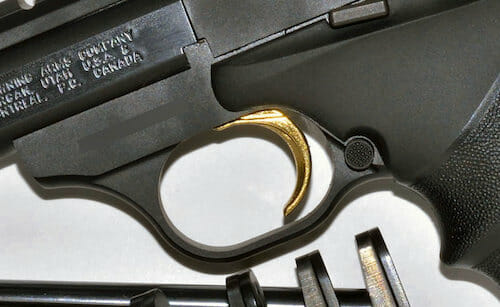 Finally, the Buckmark’s magazines are also designed to be equally as high quality as the gun itself. To this end, they are heat treated to ensure maximum strength. The follower is also angled properly to allow proper feeding. 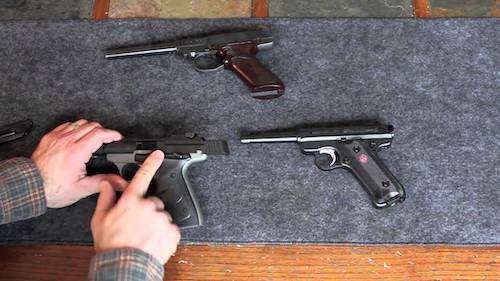 But just because that the Ruger Mark series has drastically outsold the Browning does not necessarily mean that it is better. On the contrary, both pistols are of excellent quality and represent the finest .22 pistols on the market.

But there are differences between the two, which you will want to know before making a final decision.

The first difference is how the rounds are ejected. The Ruger Mark IV (and previous Mark pistols) have an oval that has been cut right above the breech for the brass to eject out. On the Buckmark, the slide completely opens up both to the left and the right when the slide is pulled back.

This means that there is more room for the brass to eject out of the Buckmark. Does this translate to greater reliability out of the Buckmark? Honestly, no since both pistols have a reputation for reliability, but it is something to think about. If you do have a jam, at least, it should be easier to clear it with the Browning versus the Ruger.

Another big difference between the two guns is how they are field stripped. Previously, the Ruger .22 pistols from the Mark I to the Mark III were an absolute chore to take apart. That changed with the Ruger Mark IV, where you simply confirm the weapon is unloaded and then depress a button on the rear of the frame to take apart the pistol.

The Buckmark is easier to clean than the Ruger’s Mark I to Mark III but more difficult than the Mark IV. It requires tools in order to disassemble. What you’ll need to do is use a properly sized Allen wrench to remove the top strap.

At that point, you can unbolt the barrel from the frame to complete the disassembly. It’s simple, but is just requires tools and more steps. Reverse the process to put it back together.

Remember, cleaning is absolutely critical when it comes to .22 pistols because they get dirtier easier when firing in comparison to centerfire handguns. Regardless of which pistol you get, you will need to field strip it eventually in order to clean it.

Specs of the Browning Buckmark 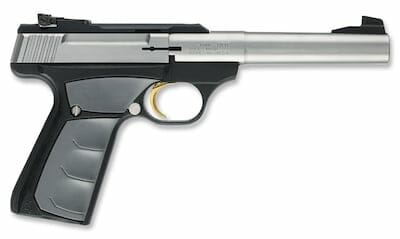 Here are some specs of the Browning Buckmark:

In conclusion, there is simply no denying that the Browning Buckmark is one of the finest .22 pistols ever made. It’s incredibly ergonomic, well made, reliable, easy to shoot, and practical.

2 thoughts on “The World’s Most Overlooked .22 Pistol: Browning Buckmark”